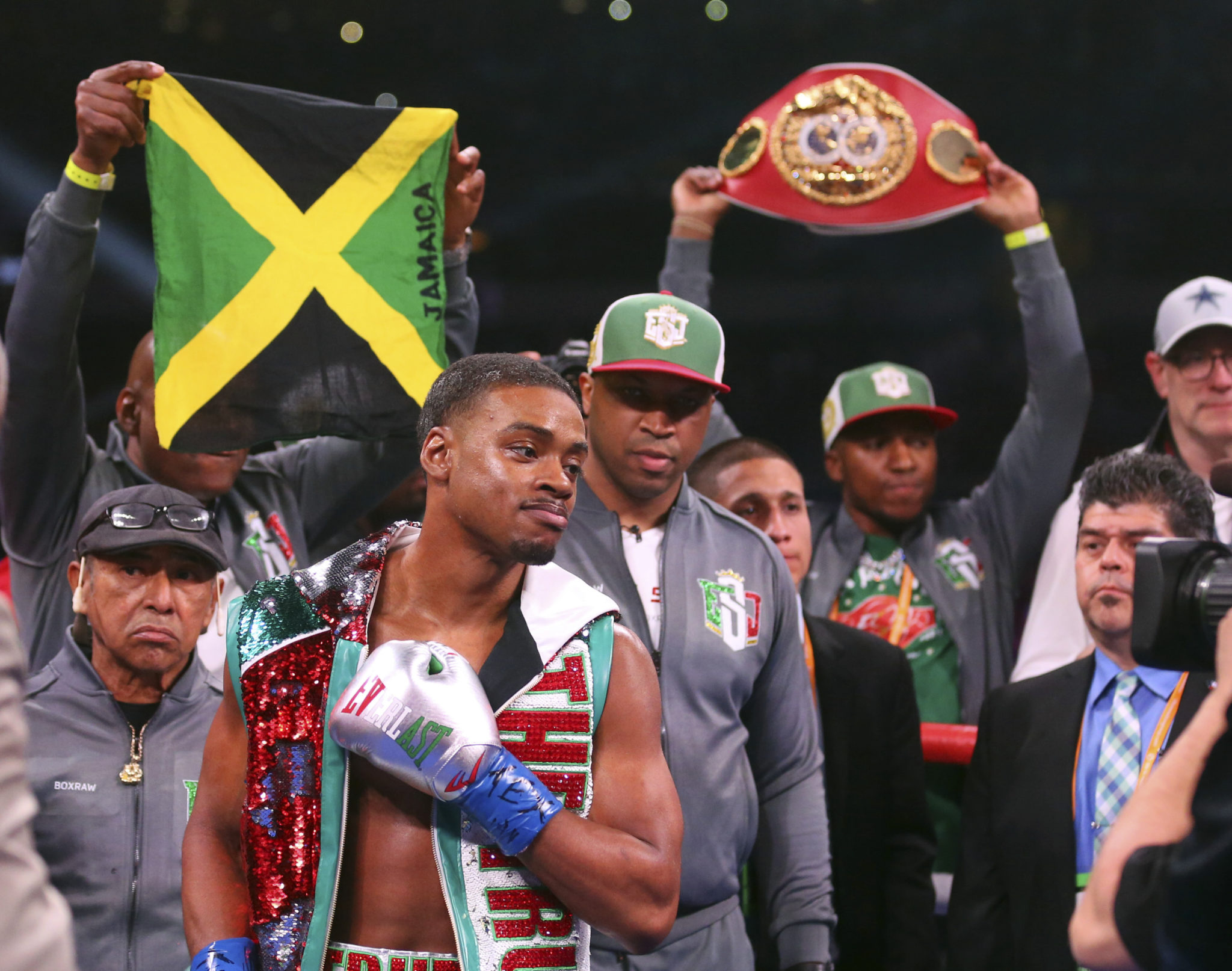 Errol Spence has boxed his way to world titles and pay-per-view prominence with class, smarts and world-class skills in pretty much every aspect of his sport.

Shawn Porter wants to drag Spence (25-0, 21 KOs) into a good old-fashioned brawl when they meet at Staples Center on Saturday night in a rare welterweight title unification fight.

If anybody can induce Spence to engage in a reckless slugfest, it just might be the underdog slugger from Ohio who knows how to take a punch better than almost any welterweight.

“I’m aggressive and I’m strong, and guys can’t handle it,” Porter said. “There are things that happen in the ring and you just have to move with it. I’m always ready to do whatever it takes to get the job done.”

Porter (30-2-1, 17 KOs) laughs at the oddsmakers who see Spence, the IBF welterweight champion, as a double-digit favorite. Along with Porter’s solid list of victories over world-class opponents, he also has the WBC 147-pound title and the confidence of already knowing he has been able to trade blows with the best in the division.


Spence typically batters his opponents with virtuosic flurries of punches, but Porter wants to see what happens when those punches don’t have their desired effect on him. He also wants Spence to fight angry, and he’ll apply the pressure necessary to make it happen.

“It’s the competitor in me to get at him any way I can,” Porter said. “Until that bell rings, we’ll do whatever we need to do to let him know we’re really here to fight him. … When you’re in there with a top-level opponent, it’s supposed to be a close, action-packed fight. I have everything it takes to make each fight exciting when I step into the ring.”

Porter and Spence have a history together. Porter’s father, Kenny, was one of Spence’s coaches during his amateur days, and the fighters sparred in Colorado Springs before Spence’s trip to the London Olympics.

While Kenny Porter has seen every aspect of Spence’s skills and preparation, Spence doesn’t believe his opponent will have much of an advantage. He has grown and matured from the slickly athletic fighter who made the Olympics into a powerhouse professional with well-rounded skills.

“My dream is to become unified champion and the undisputed champion of the world,” Spence said. “I have to get through him, and I believe I have to go after my dream, and something I’ve been working hard for above our friendship. I’m going to have to put our friendship to the side.”

Spence repeatedly has said he would like to prove his supremacy with a knockout, but Porter laughs at the idea. Porter has never been seriously hurt in his pro career, and his only two losses came by narrow decisions.

Yet Spence is still a major favorite in downtown Los Angeles, where he’ll attempt to pave his path to big-money showdowns with welterweight kingpins Terence Crawford or Manny Pacquiao. If Porter can derail one of the most hyped welterweights in recent history, he will be right back in the mix for the same paychecks and opportunities.

“Come Saturday night, I will be the unified champion of the world,” Spence said. “Shawn comes to fight, and I embrace that. I can’t wait, because I promise this is going to be one for the history books.”