GGG on DAZN: Golovkin puts Canelo in past, faces Derevyanchenko 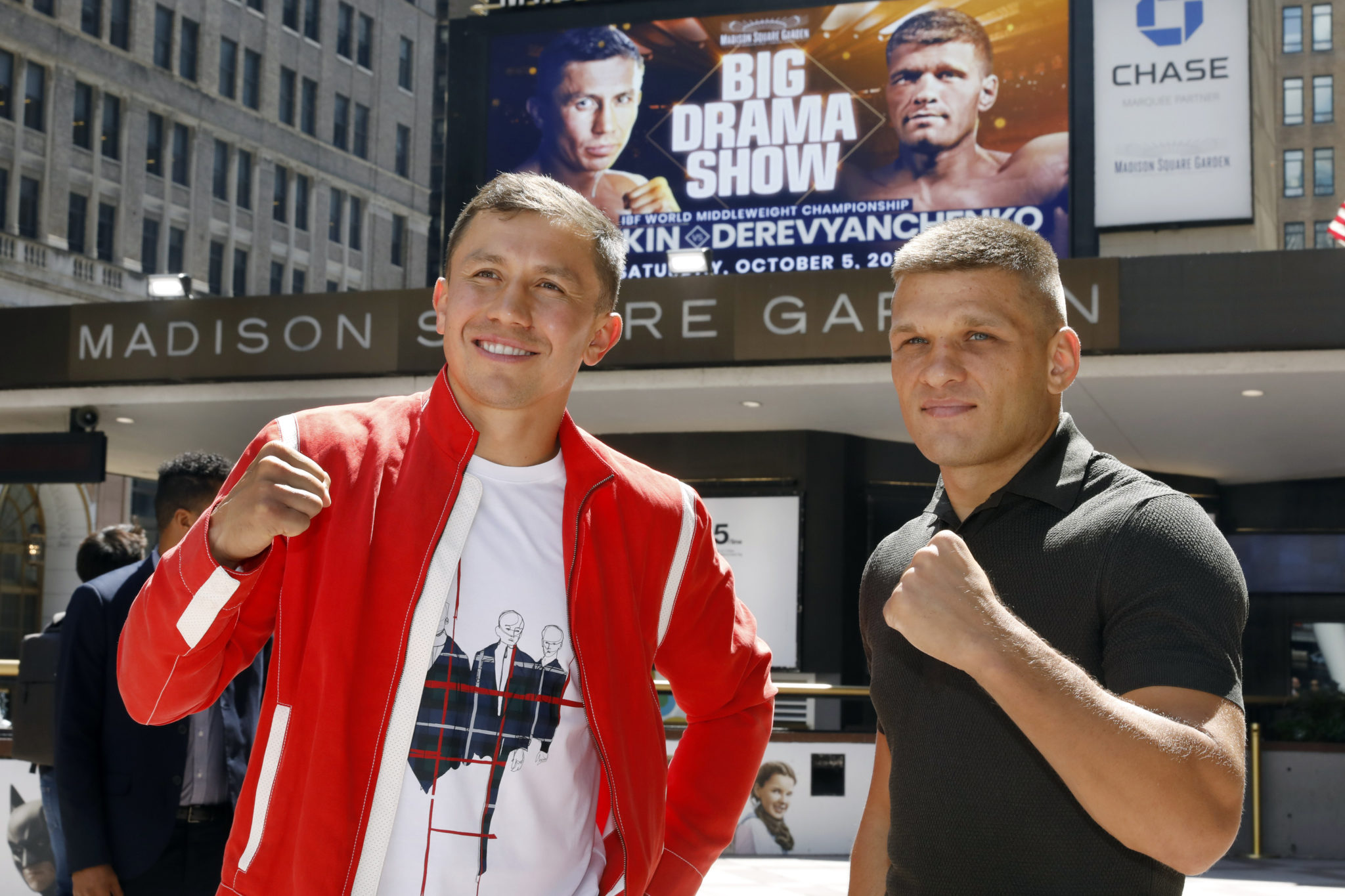 Gennadiy Golovkin is intrigued by fighting outside the U.S. and in another weight class.

Whether it’s boxing or business, Triple G seems interested in just about everything – except Canelo Alvarez.

With that chapter of his career in the past _ and unclear if it will ever reappear – Golovkin is focused only on the opportunity in his present.

The longtime middleweight champion can regain one of his old belts when he faces Sergiy Derevyanchenko on Saturday night at Madison Square Garden.

At stake is the IBF title that both Golovkin (39-1-1, 35 KOs) and Alvarez previously held. Both ended up being forced to vacate it when they wouldn’t make matches with Derevyanchenko (13-1, 10 KOs), but Triple G is eager to take him on this time in a bout that will stream on DAZN.

“Please guys, if you like real fight, don’t miss this fight,” Golovkin said.


It’s his second bout with trainer Johnathon Banks since the two matches with Alvarez, the first a draw and the second a narrow loss that was the first of his career following a record 20 consecutive middleweight title defenses.

There’s been little progress toward a third meeting, in part because Golovkin isn’t interested in returning to Las Vegas due to his disappointment in the judges’ scoring of the fights.

Title or not, he appears as popular as ever with his fans, who believe he won one if not both the fights, and plenty of them will be in the crowd for Golovkin’s seventh fight at Madison Square Garden.

The fighter widely known as Gennady before deciding to go with the spelling on his birth certificate will have options afterward at 160 or 168 pounds should he decide to move up, which he said would be only temporary. The Kazakhstan native thinks he might have the opportunity to take his Big Drama Show around the world thanks to DAZN’s availability in other countries.

But he still faces as many questions about Alvarez. He was asked this week if he was tired of that.

“We have a lot of different things to talk about,” Golovkin said through an interpreter. “We have a lot of interesting subjects, topics, and you asking about Canelo tells something about you as journalists. Explore better options. Ask more interesting questions. I think it’s your problem, not mine.”


Alvarez is challenging light heavyweight champion Sergey Kovalev next month, having been stripped of the IBF title when he didn’t make a deal to fight Derevyanchenko, the mandatory challenger. The same thing happened last year to Golovkin when he refused a bout with the Ukrainian after the initial date for his rematch with Alvarez was scrapped when the Mexican failed a drug test.

Derevyanchenko then went on to fight Danny Jacobs for the vacant belt, losing by split decision. The fact that he’s getting another chance with just one bout since makes it appear that he benefited from some boxing legal maneuvering, but his handlers say he’s worthy of this fight no matter how he got it.

“Anybody that says that he doesn’t deserve to be here again, to put it in sort of a slang way, is a hater,” said Keith Connolly, his manager. “He deserves to be here, he deserves every penny that he’s making and I think he’ll show that Saturday night.”

Derevyanchenko, now based in Brooklyn, had more than 400 amateur fights before finding trouble landing work as a pro. Connolly said he’ll be in a position to earn $10 million or more for his next fight should he upset Golovkin.

Golovkin is the rock star on the card, the one DAZN signed to a multifight deal after previously signing Alvarez, with the expectation the mere hope of a third bout would sell plenty of subscriptions.

The possibility remains, though Golovkin has more to do at 37 than wait around. He’ll have four fights remaining on his DAZN deal, and even talked of three of them coming in 2020.