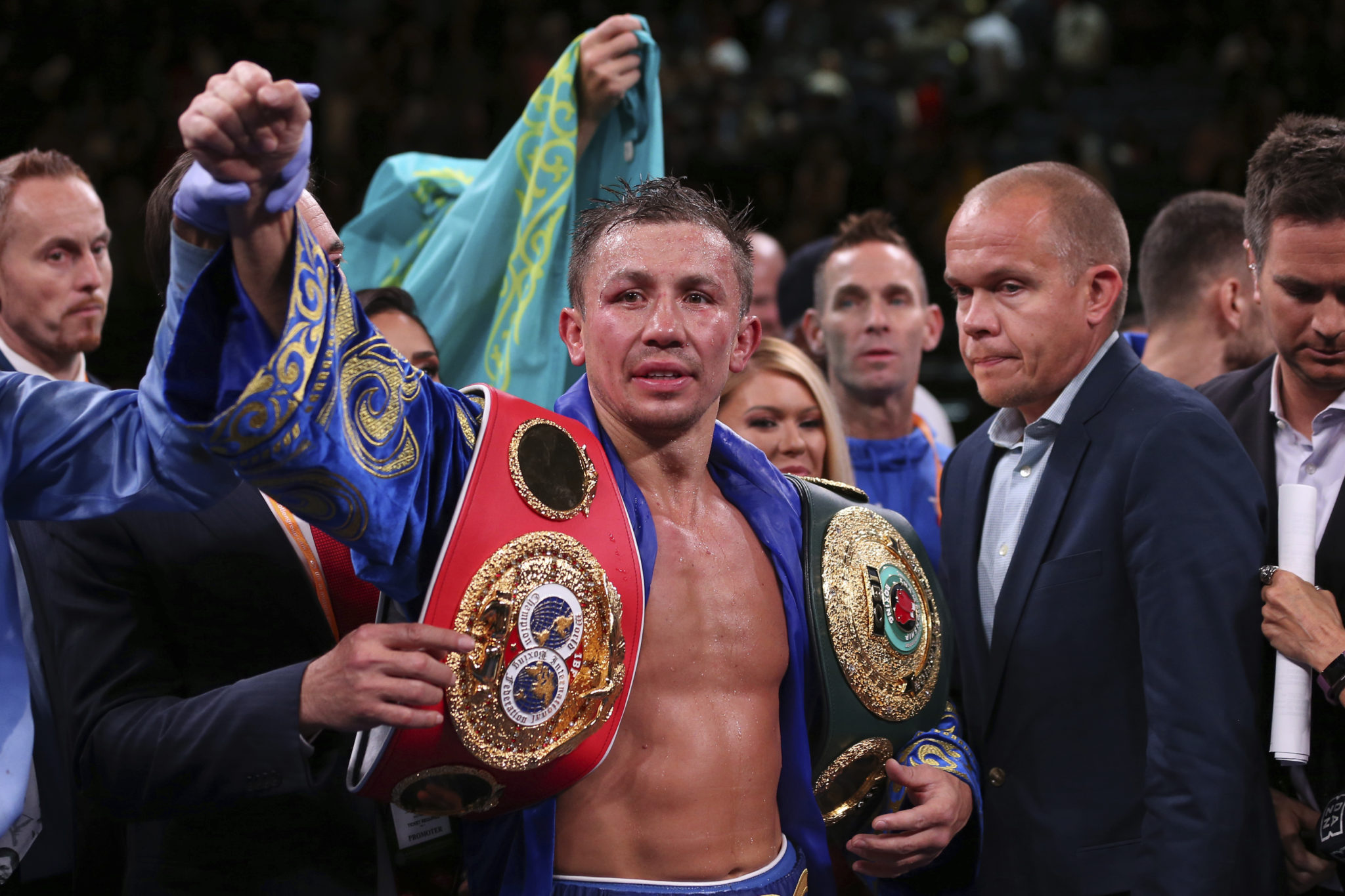 Gennadiy Golovkin is a champion again, though just barely.

The powerhouse who used to look invincible looked beaten up by the end of Saturday night.

Golovkin held on to regain one of his old middleweight titles, edging Sergiy Derevyanchenko in a unanimous decision to take the IBF championship at Madison Square Garden.

Golovkin knocked down Derevyanchenko in the first round, opened a cut near his right eye in the second, and then held on from there in a fight where the longtime 160-pound ruler absorbed plenty of the type of punishing shots he used to deliver.

The Associated Press scored it 115-112 for Golovkin.

Many of the same fans who cheered Golovkin wildly before the fight and chanted “Triple G! Triple G!” when it looked as if he needed a boost in the 10th as Derevyanchenko rained combinations to his head booed the decision.

Golovkin was credited with a 243-230 advantage in punches by Compubox, which said Derevyanchenko landed the most punches in any of the 25 Golovkin fights it had tracked.

“Right now it’s bad day for me. It’s a huge day for Sergiy, his team,” Golovkin said. “This is huge experience for me. Right now I know what I need exactly.”

It was Golovkin’s second straight win after he had a draw and a loss in his two fights with Alvarez, close bouts in which many people thought he won at least one of them. But plenty more thought he could have lost this one, after Derevyanchenko rallied strongly from a bad start to the fight.

Golovkin wants a third fight with Alvarez but he would have to be much sharper if he gets it — or if he has a rematch with Derevyanchenko — than he was Saturday.


He was frequently beaten to the punch by Derevyanchenko, who ignored the cut and Golovkin’s vaunted power to nearly pull off the upset.

“The cut really changed the fight. I couldn’t see at times,” Derevyanchenko said. “And he was targeting the eye. But no excuses, it is what it is, I was trying my best.”

Golovkin started cautiously, seemingly willing to just establish his jab in the first round, before suddenly unleashing a flurry of punches that sent Derevyanchenko to the canvas. Then he had another good round in the second, when the cut opened that would be frequently checked by doctors between rounds.

Derevyanchenko got himself into the fight with a good third but took some more punishment in doing it, then kept up the good work in the next couple rounds while wiping away the blood around his eye that was staining Golovkin’s white shorts.

Golovkin landed some hard shots late in the sixth to slow the Ukrainian’s momentum a bit. Golovkin then seemed to get the better of a great exchange at the end of the seventh as the area under his left eye swelled.

Derevyanchenko landed a good three-punch combination in the eighth and Golovkin just shook his head, then landed one of his patented body punches later in the round to slow down the Ukrainian, but only temporarily. Derevyanchenko resumed the pressure again in a back-and-fourth ninth round but didn’t have enough for the finish, losing the 12th on all three cards.

Golovkin defended the middleweight title 20 times, tied for the record, during his lengthy reign. He first vacating the IBF belt when he wouldn’t agree to face mandatory challenger Derevyanchenko when the original date for the second match against Alvarez had to be scrapped in May 2018 after the Mexican failed a drug test.

Golovkin then left without any bouts after falling to Alvarez when it was rescheduled.

He’s got one again, but plenty of work to do if he’s going to keep it long.

“I lost a little bit of focus. Sergiy was ready, I really respect him,” Golovkin said. “He showed me such a big heart. I told him, ‘Sergiy, this is best fight for me. It’s a huge experience.'”