Canelo celebrated by kissing the glove on his right hand as Kovalev’s handlers jumped into the ring to see if their fighter was OK. 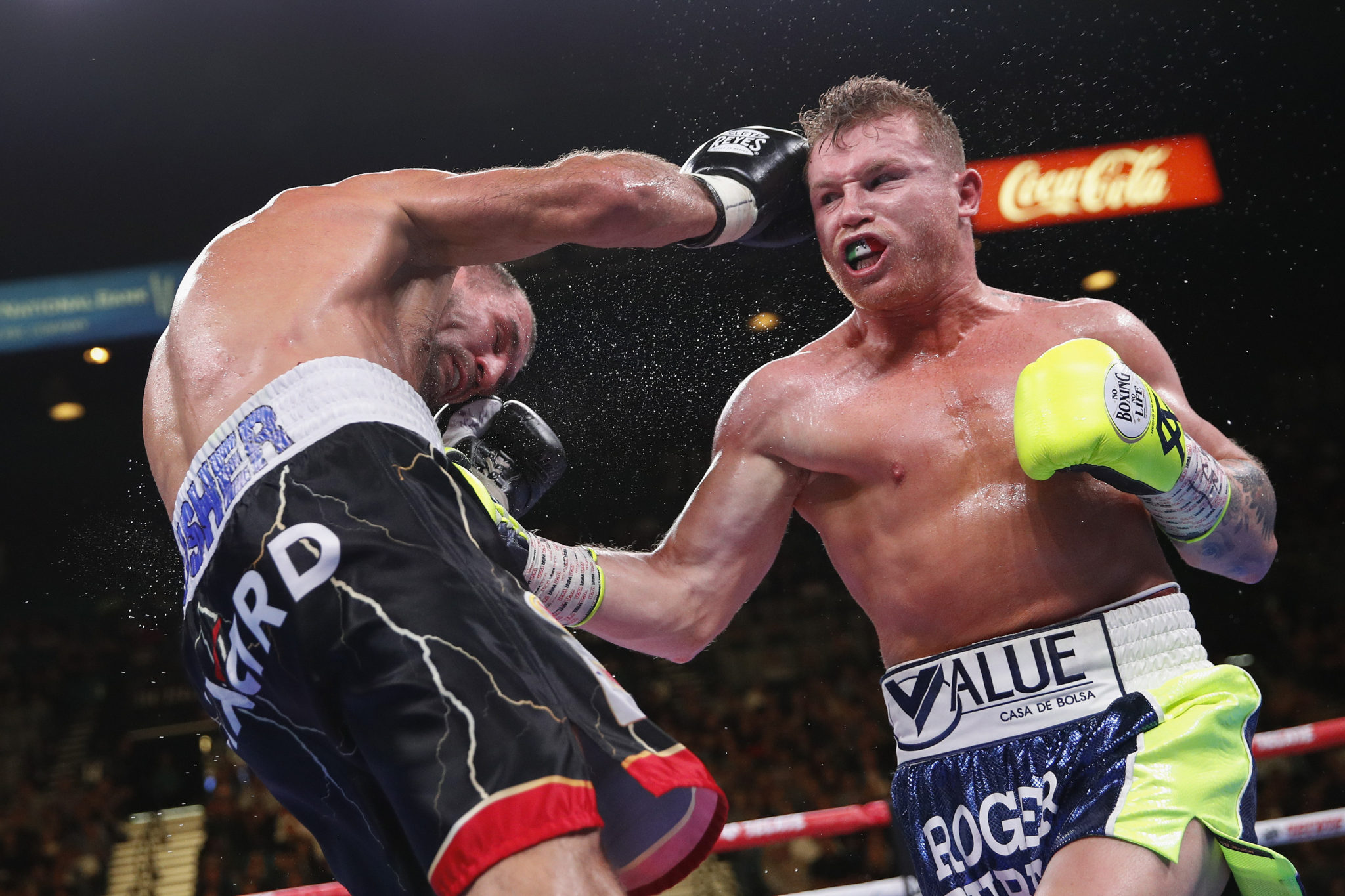 Alvarez landed a left-right late in the 11th round Saturday night, dropping Sergey Kovalev to the canvas and ending their light heavyweight title fight. Kovalev was left on his knees, his arms draped over the middle ring rope as the fight was stopped at 2:15 of the round.

It was a dramatic finish for a fight that had little drama up to the knockdown. Kovalev was more than holding his own late in the fight and hadn’t been hurt when Alvarez landed the left followed by a right.

The Mexican great, who moved up two weight classes, won his fourth title in as many weights. He celebrated by kissing the glove on his right hand as Kovalev’s handlers jumped into the ring to see if their fighter was OK.


The punch was one Alvarez had been looking for the entire fight, stalking Kovalev while taking a lot of jabs and right hands to the face.

Both fighters fought cautiously for the most part, with Kovalev content to use his jab from long distance and Alvarez looking to land hooks to the body. The crowd at the MGM Grand booed on several occasions, unhappy with the lack of action.

Alvarez was a 4-1 favorite despite moving up two weight classes to fight for a piece of Kovalev’s 175-pound title. He took the fight against Kovalev rather than a third fight with Gennadiy Golovkin as part of a $365 million deal he signed with the streaming service DAZN.

Both fighters took naps in their dressing rooms as they waited some 90 minutes from the last undercard bout before entering the ring. The delay was for DAZN, which wanted to wait until the UFC card in New York was finished before the fight began.

Fans at the MGM Grand arena watched the UFC main event on big screens in the arena while the fighters waited.


Kovalev controlled the distance early with his jab, sticking it in Alvarez’s face as he plodded ahead with gloves held high looking for an opening on the inside. Alvarez threw punches sparingly, winging a few big punches that missed as Alvarez came back with jabs and an occasional right hand.

But Alvarez began finding the range with his left hook in the middle rounds, working Kovalev’s body and trying to wear him down. He kept advancing with gloves held close to his face, putting pressure on his bigger opponent.