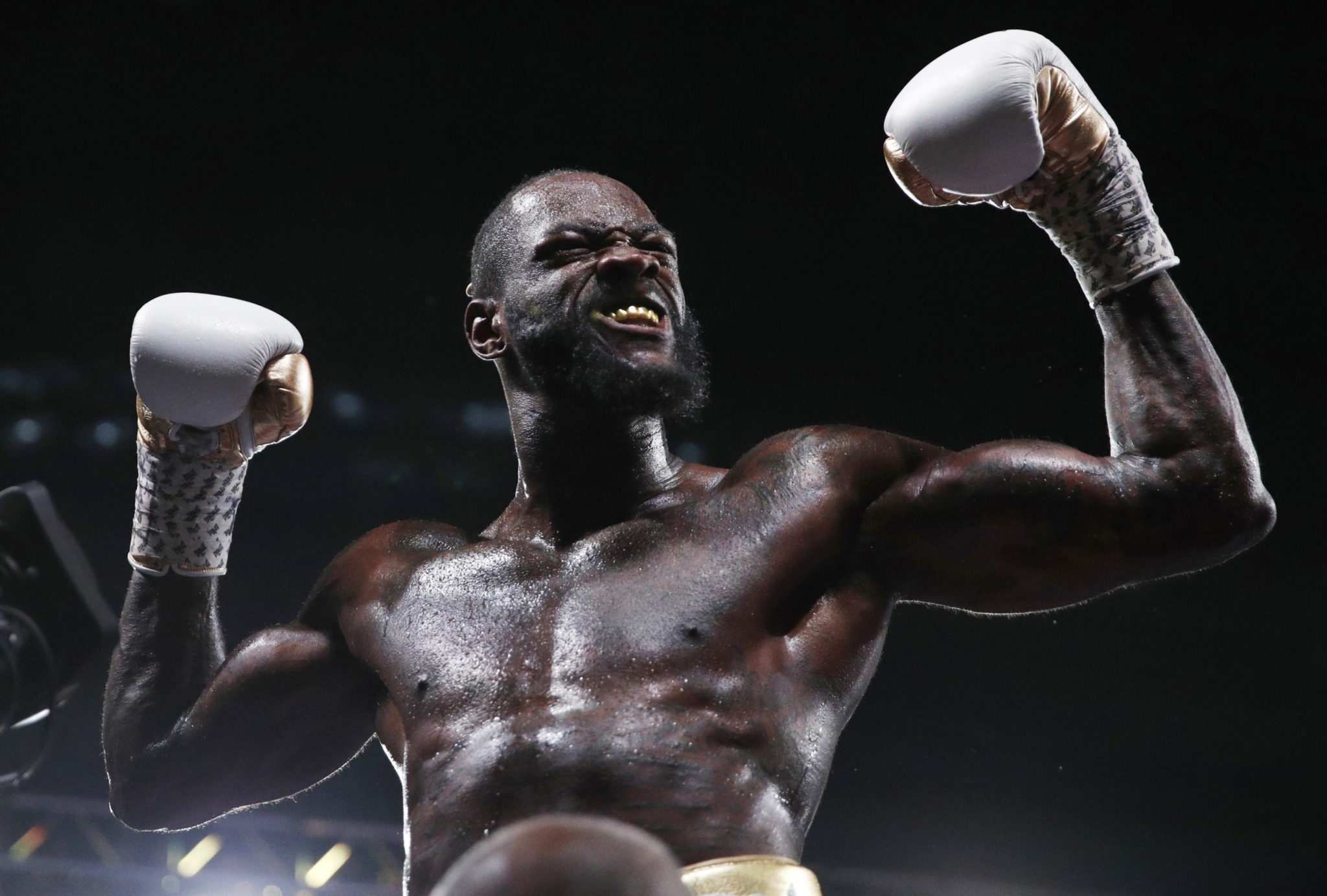 Deontay Wilder landed a vicious right hand to stop Luis Ortiz in the seventh round Saturday night to retain his heavyweight title and set up a lucrative rematch with Tyson Fury in February.

Wilder’s punch came out of nowhere in a fight he had done little in up until that time. It landed flush on the face of Ortiz, who crumpled to the canvas and was unable to get up at the count of 10.

The sudden ending came after a lackluster first six rounds in which Wilder did little. But the devastating power that has gotten him knockouts in all but two of his fights came through again.

“I finally found my measurement and I took the shot,”’ Wilder said. “`I had to play around with him. I had to calculate certain moves.’”


The fight was a rematch of a bout last year when Wilder stopped Ortiz on the 10th round. It set up a Feb. 23 fight against Fury that has already been signed.

Wilder fought cautiously for the first six rounds, which The Associated Press gave to Ortiz. Wilder began to pick up the pace in the seventh round, then caught Ortiz with the right hand that brought the fight to an end at 2:51 of the round.

Ortiz (31-2) didn’t protest the ending, but said he thought he beat the count.

“I was up at seven, I wanted to continue,” he said.

Wilder (42-0-1, 41 knockouts) displayed the massive power that has made him a force in the heavyweight division, but won no style points in winning the fight. He did little until the big punch that ended the fight, wary of the power that Ortiz showed when he hurt him in their first fight in March 2018.

Wilder made at least $3 million for the fight, but figures to make much more when he and Fury meet in a rematch of their fight a year ago that ended in a disputed draw. His win helped clarify the top of the heavyweight division, though, which will be sorted out further when Anthony Joshua and Andy Ruiz Jr. meet Dec. 7 in their title rematch in Saudi Arabia.

Wilder said before the fight that he would end it with a knockout, and he was a 4-1 favorite going in. Oddsmakers had made the over/under for the fight at seven full rounds, and Wilder’s right hand made winners of the under with just nine seconds to spare.

The 40-year-old Ortiz, who left Cuba to pursue a pro career, seemed to baffle Wilder with his southpaw style. He was also able to get off combinations quickly when Wilder punched first.

“Ortiz is one of the best in the world,’’ Wilder said. “You have to give him that.’’