Andy Ruiz says ‘all the pressure’ is on Joshua in rematch 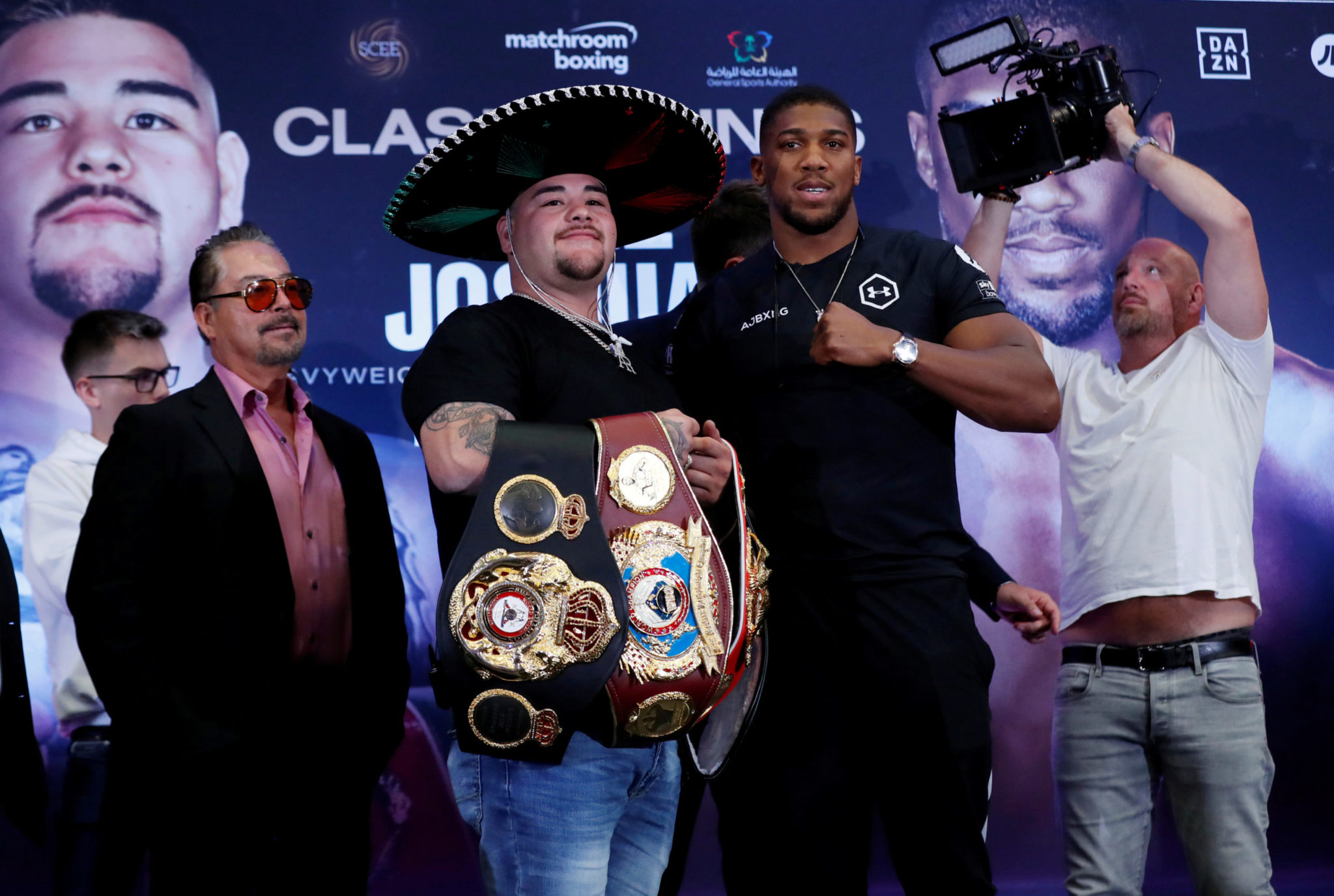 World heavyweight champion Andy Ruiz Jr believes his re-match with Anthony Joshua will be a harder fight than his stunning victory in June but says all the pressure is on the Briton ahead of their showdown in Saudi Arabia this weekend.

“We’ve got to see where he’s at because all the pressure is on him. The pressure isn’t on me because I followed my dream, made my dreams come true,” Ruiz said ahead of the so-called ‘Clash on the Dunes’.

“Of course I want more though — I want the legacy of Andy Ruiz Jr.”


Ruiz knocked down Joshua four times in their bout in June but says the 30-year-old will adopt a more cautious approach in the Diriyah Arena.

“I’m expecting that,” he said. “But if he wants to bang, it’s better for me. I love to bang because that’s the fighter that I am. We have to pressure, work the body, break him down. Especially his mentality.

“One punch can change the fight. That’s what happened on June 1. It might be a little harder than the first time. I’ve got to show my skills, my talent.”

Ruiz Jr has suffered only one defeat in 34 fights, losing a majority decision to Joseph Parker in 2016.

He said it will be a clash of styles when he faces Joshua again and believes the former Olympic champion will struggle to fathom an effective strategy.

“I don’t think he’s ever fought a short guy that pressures, and is pretty slick,” the 30-year-old Ruiz Jr said. “I felt like I was boxing him around even though I was the shorter guy.

“He saw something that he’s never seen before. Styles make fights. His style was perfect for me to become the unified heavyweight champion.”