Anthony Joshua out to regain his aura, belts in crucial rematch 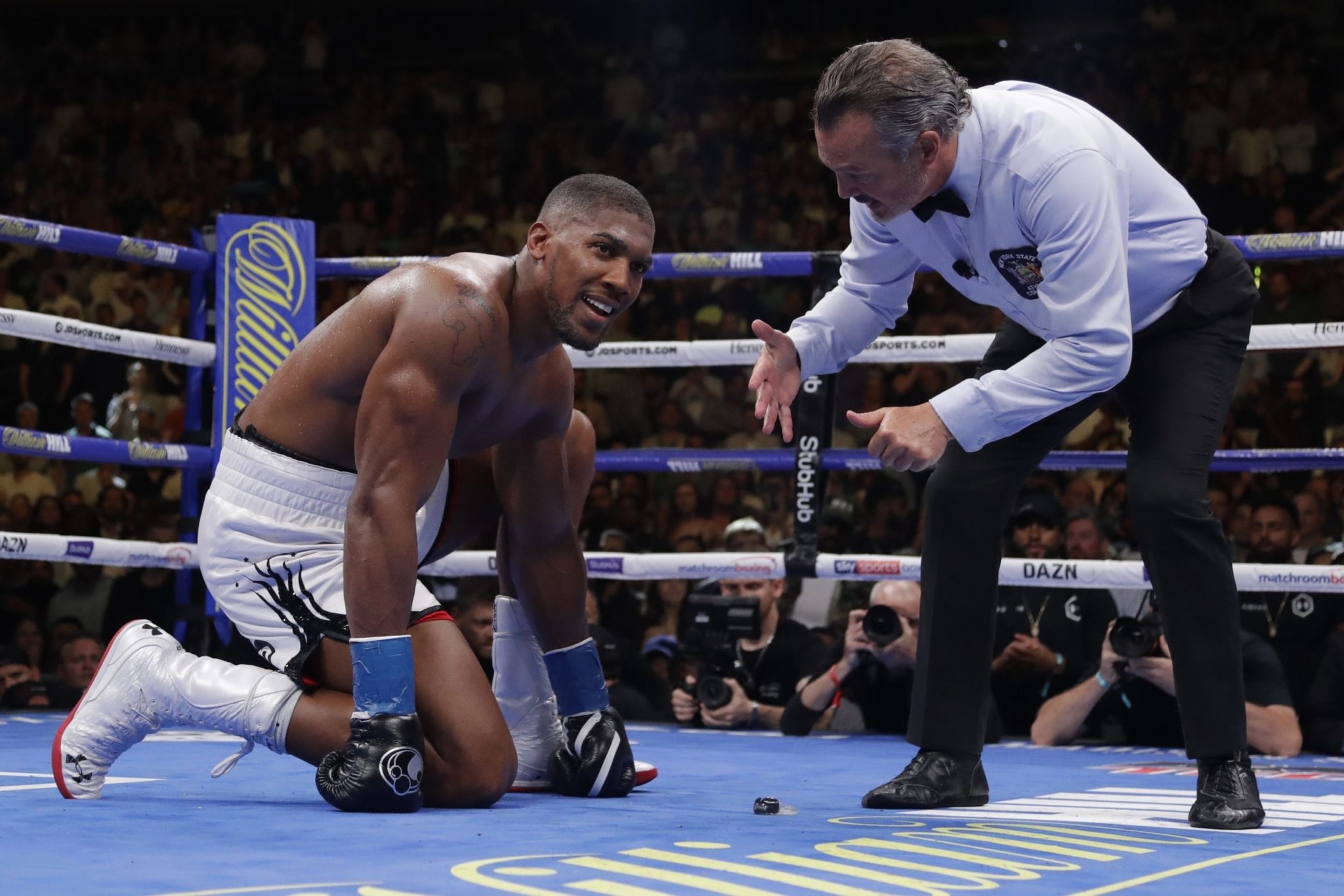 Anthony Joshua didn’t just lose three world heavyweight titles and an undefeated record when he was beaten by Andy Ruiz Jr. in one of boxing’s biggest upsets in a generation.

He lost his aura, his growing sense of invincibility.

So Joshua has had to reinvent himself, strip everything back and, in a sense, start all over.

That began by going back to his roots in Nigeria.


“Because of boxing, I’ve never had time to go there,” Joshua told The Associated Press of his first return in 17 years to the homeland of his parents and where he briefly went to boarding school at the age of 11. “In Nigeria, the people love you for you, not for what you have.”

At the lowest point of his professional career and with people starting to question him for the first time, Joshua needed time to reflect and to have a dose of reality. He visited Makoko, a slum just off mainland Lagos that is largely a floating community of wooden homes on swampland.

Joshua is adored there, and they mobbed their icon.

“It was good to see hope,” Joshua recalled. “Anyone that can bring hope to you, they appreciate it and they appreciate my journey so far. That’s what I liked. We’re on a journey.”

Joshua’s journey took an unexpected detour with that loss to Ruiz Jr. in June. But it may well be the making of him.


The Briton heads into the rematch in Riyadh, Saudi Arabia, on Saturday as something of a changed man. More humble, more accepting of vicissitudes of his sport, and eager to learn from his mistakes.

Joshua accepts there were plenty of them before the first fight in Madison Square Garden. He still won’t say exactly what went wrong that night in New York, but he acknowledges he “wasn’t prepared” for the challenge of Ruiz Jr. — a portly Mexican with a big heart, fast hands and unexpected power.

Ruiz Jr., who stood in as a late replacement after Jarrell Miller failed multiple doping tests, knocked down Joshua four times before the fight was stopped in the seventh round, the defeated champion somewhat dazed and disheveled.

Joshua has ignored some calls to dispense with his long-time trainer, Rob McCracken — the pair go way back, to before Joshua won an Olympic gold medal at the 2012 London Games — but has changed his sparring partners, his routines, and his mentality.

“If anything wasn’t to go my way this time, I just have to say the man is better than me. He is a tricky customer but I think I’m a better fighter than him, even though I didn’t get the decision last time. I went straight back in. I didn’t say, ‘Ah, I need a warm-up fight.’ I knew where I went wrong. I know how to improve it, and I’ve done that.”


Time will tell, but there’s a sense Joshua is more comfortable in Saudi Arabia than he was in the bright lights of New York five months ago, when he was making his U.S. debut and, maybe, took his eye off the ball.

While retaining that chiseled physique that could not contrast more with Ruiz Jr.’s, Joshua looked slimmer and lighter during his public workouts in Riyadh this week.

And because he is having to prove himself all over again, Joshua said he compares this fight with the first of the 23 in his pro career.

“I have erased the old fight from my memory and I’m approaching it like I’m fighting for the heavyweight championship of the world, which I am. I’m not looking at it as a rematch,” Joshua said.

“Even though I’ve had a belt around my waist, I’ve always had that challenger mindset because even in my 15th fight, I challenged for the British title. The 16th (was for the) world title, defend, defend, challenge again, so it’s part and parcel of the game now. I’m used to the tough challenges.”

Another loss to Ruiz Jr. — in a fight with a reported $70 million purse and being televised by the DAZN streaming service — and there would be serious questions about Joshua, one of Britain’s most celebrated sportsmen and someone whose career trajectory was only heading one way until last summer. Fights with the likes of Deontay Wilder and Tyson Fury would be further away than ever.


But he’s not thinking that way. He’s embracing taking boxing to a new audience, shrugging off the fact that the fight will take place in a kingdom where there are human-rights concerns, and is desperate to regain his IBF, WBA and WBO belts.

“Of course people doubt me,” Joshua said. “But the main thing is I’m still here. I’m not discouraged. That’s all I can say.”

Steve Douglas is a reporter for The Associated Press.