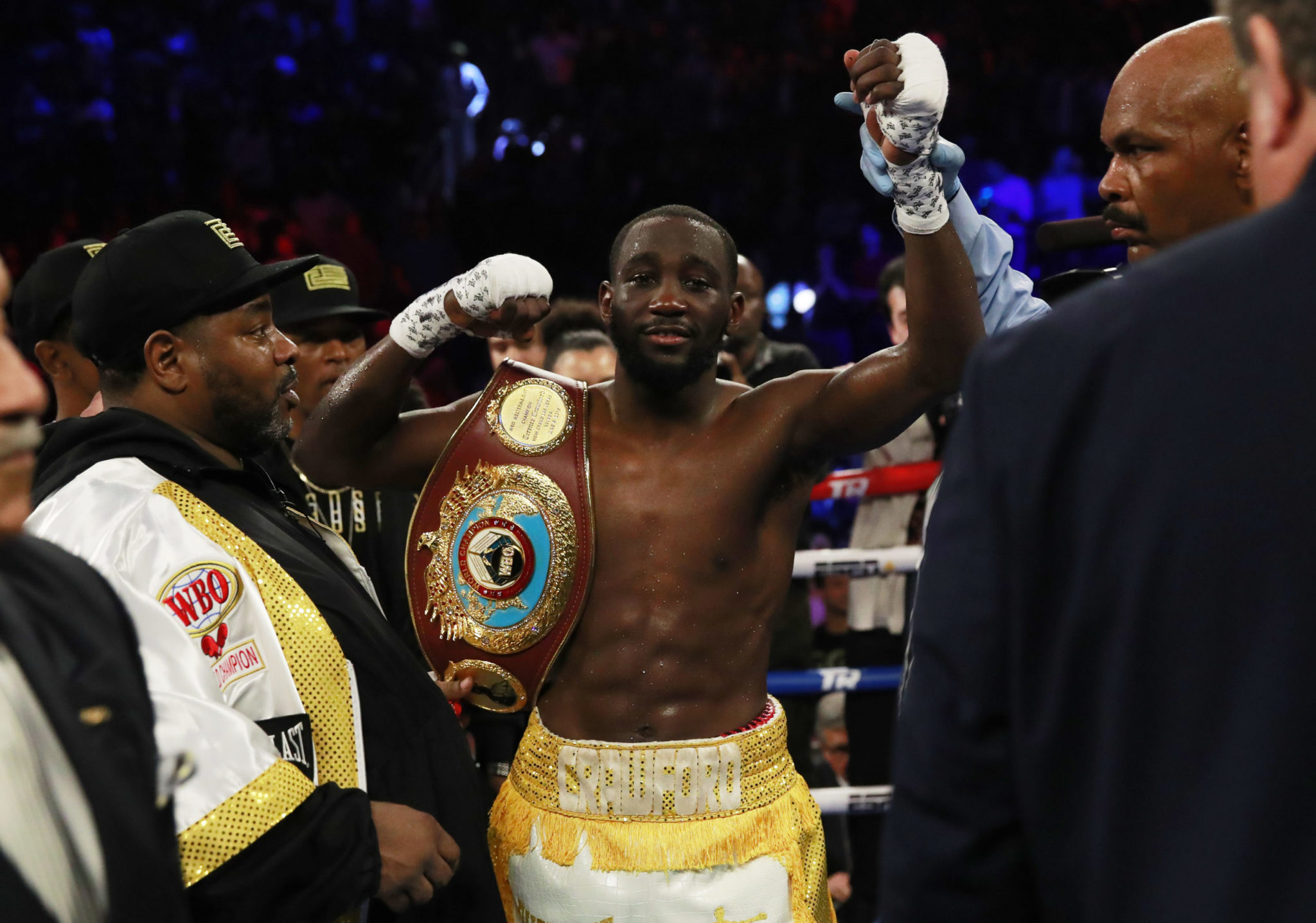 Terence Crawford started slow Saturday night in his WBO welterweight title fight against heavy underdog Egidijus Kavaliauskas at Madison Square Garden in New York, but he came on strong and scored a ninth-round knockout to keep his 147-pound title.

Crawford (36-0, 27 KOs) knocked Kavaliauskas down twice in the ninth. Referee Ricky Gonzalez ended the fight at 44 seconds after Crawford landed a right hook to the head, sending Kavaliauskas to one knee on the heels of a right uppercut and straight right that did the same only seconds earlier.


Crawford, of Omaha, Nebraska, successfully defended his title for the third time, although he still awaits a match with another top welterweight as he fights for Top Rank and on ESPN. The others all fight under Premier Boxing Champions and on other networks.

But Kavaliauskas (21-1-1, 17 KOs) was his mandatory challenger, and at times fought like a worthy one, consistently landing a hard right and even a few combinations in the early rounds.

With swelling on his right eye, Crawford finally got rolling in the seventh, landing a clean right to Lithuanian’s ear and sending him to a knee. Kavaliauskas recovered and held off a late-round barrage to make it back to his corner.

Crawford dished out more punishment in the eighth before closing out the fight in the next round.