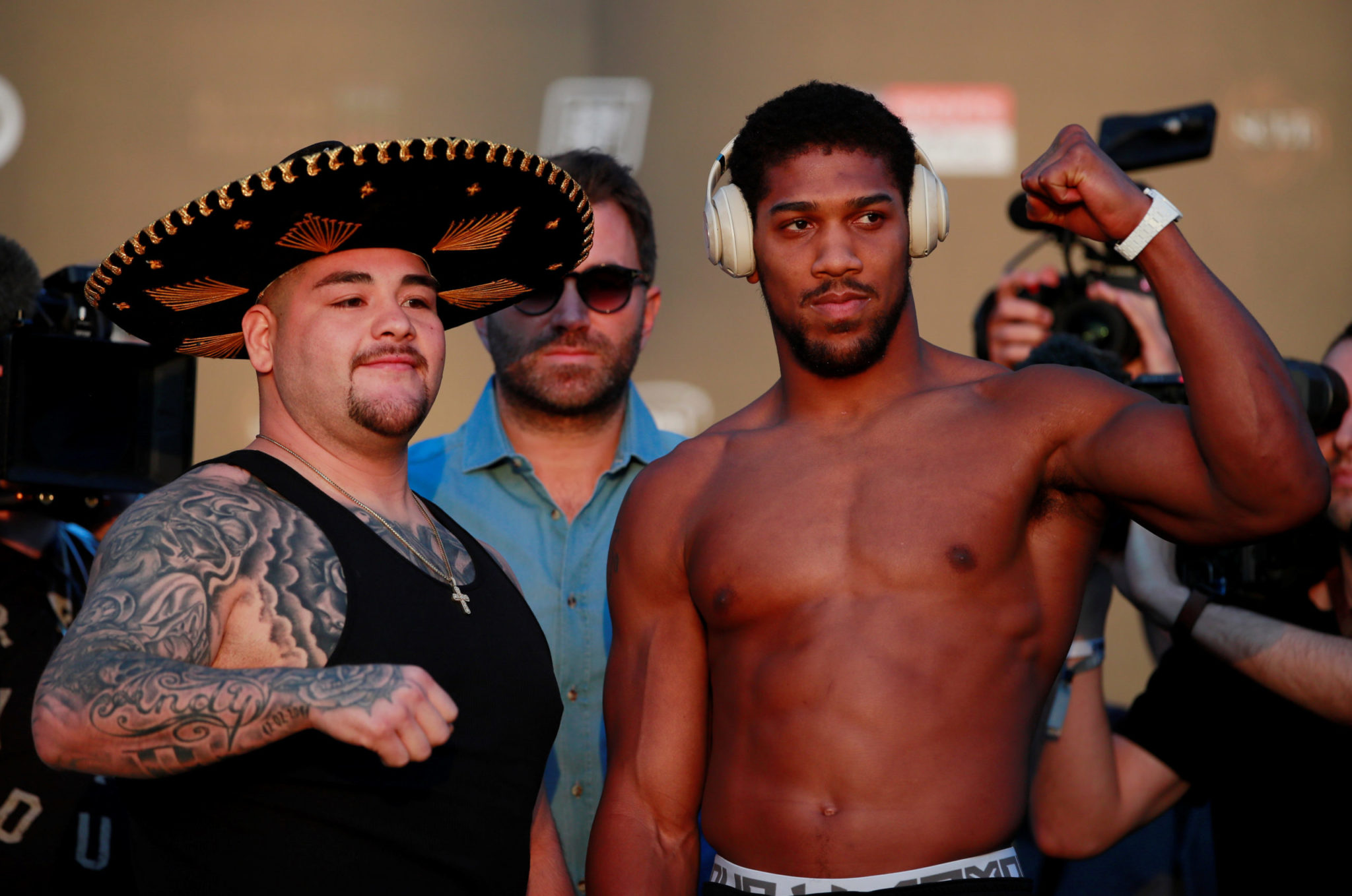 Joshua hit the scales at 16 stones and 13 pounds (107.5kg), the former champion’s lightest ever weight for a world title fight, at the Diriyah venue near the capital Riyadh on Friday.

Mexican-American Ruiz, wearing a sombrero and stepping up after Joshua, was 20 stones and three pounds (128.3kg) — heavier than he was in the first showdown between the two at New York’s Madison Square Garden in June.

The pair then shared a handshake in their final face to face meeting before the fight.


Ruiz clambered into the ring at 19 stone and two pounds last time, when he came in at short notice and dethroned the previously undefeated Joshua with a seventh round stoppage in one of boxing’s biggest upsets.

Joshua was 17 stone nine pounds for that New York fight which has left him facing a make-or-break bout to reclaim the belts and maintain the dream of a unified title despite initially dismissing it all as a “minor setback”.

Saturday’s WBA, IBF and WBO heavyweight title rematch has been billed the ‘Clash on the Dunes’ by promoters eager to accept the highly lucrative if also controversial Saudi invitation.

The WBC title is held by American Deontay Wilder, who is due to fight a rematch with Britain’s undefeated Tyson Fury in February after a draw between them in December 2018.

“I feel good. The weigh-in is important but as heavyweights it don’t really matter… skills pay the bills,” Joshua told Sky Sport television.

“He’s a big lad, they should make a super-heavyweight division,” added Joshua of Ruiz, who will be hoping to use his weight as a weapon against the more athletic and chiselled challenger.

“The art of the game is to hit and not get hit, and avoid those punches… I’ll definitely be beating him to the punch tomorrow night.”

Ruiz, who had talked in the run-up about losing weight but has been hungry for more than just success on Friday’s evidence, has suggested Joshua could regret shedding the pounds when the going gets tough.