Ruiz: ‘I will die trying’ to defend my title against Joshua 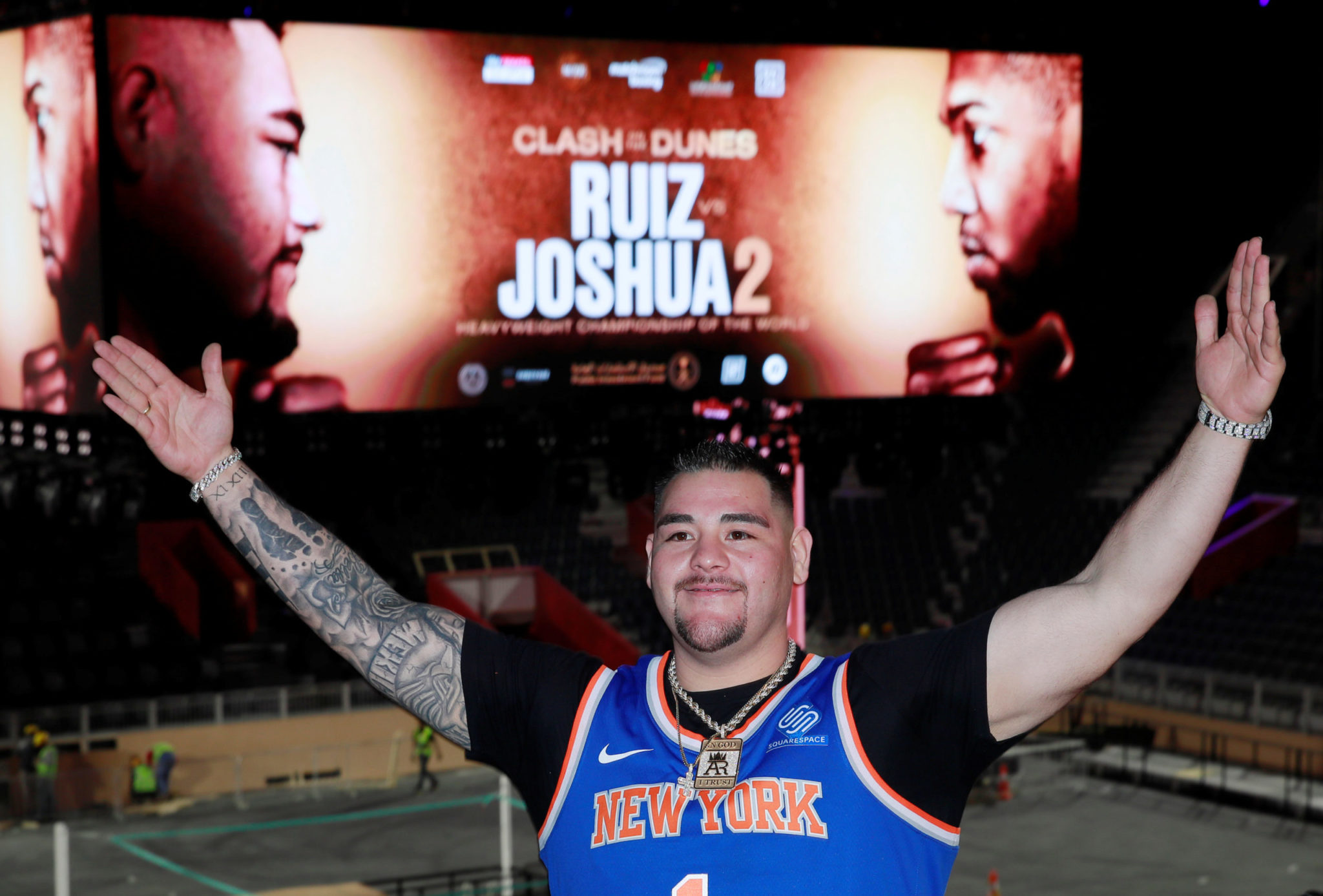 World heavyweight champion Andy Ruiz Jr has said he fulfilled a lifelong dream when he triumphed over Britain’s Anthony Joshua in June and he would “die trying” to defend his belts in the title rematch in Saudi Arabia on Saturday.

“I have been doing this since I was six and it is finally paying off,” Ruiz told the BBC. “There is no way I am going to let these belts go, I will die trying.

“It has been a roller-coaster and now that I made the dreams come true there is no way I will let these go.”


Joshua has trimmed down ahead of the second WBA, IBF and WBO title showdown with an eye on taking the contest deep into the latter rounds, saying he expects a “marathon, not a sprint”.

The Briton has also been taking advice on his training regime and diet from former world heavyweight champion Wladimir Klitschko in his bid to reclaim the title at the fight dubbed the ‘Clash on the Dunes’.

“Before I was trying to bench-press a house. I used my body to get where I needed but then I started realizing the sweet science of the sport. I am punching like a horse kicking backwards right now.”

Ruiz, however, said he would not ‘underestimate’ Joshua and that he had his own strategies to counter the former Olympic champion.

“I know he lost weight and that he will try and box me around,” Ruiz added. “So it’s my job to prevent that.

“(In the June bout) I was the one who had the strength, the one backing him up. When I jabbed I pushed him away.”

Joshua believes this will not be the last time the two fight each other and predicted a third bout in the future if Ruiz was up for it.

“This ain’t going to be the last time I see Ruiz in the ring,” Joshua said. “We make for good fights.

“I think there’s definitely gonna be a knockout and that is what people want to see, bloodshed and knockouts.”