McIlroy fades at Bay Hill as title defense slips away 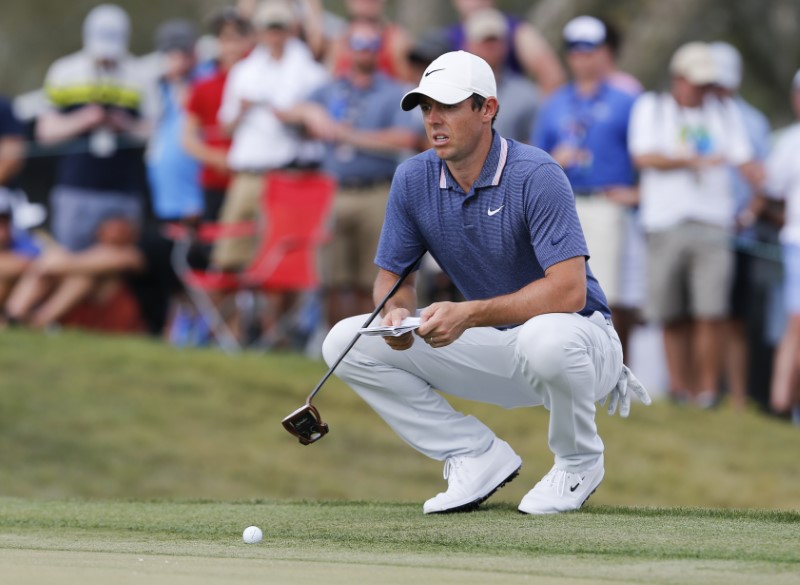 With just over a month to go before he makes another bid for the career Grand Slam at the Masters, Rory McIlroy endured a mediocre final round to finish equal sixth in his title defense at the Arnold Palmer Invitational in Florida on Sunday.

It was the worst finish of his five starts this year. The Northern Irishman has been a constant presence on leaderboards but Sundays have so far been a let down.

McIlroy started the final round at Bay Hill a stroke off the lead and when he curled in a sharply-breaking 25-foot putt for birdie at the third hole it looked like he was on course for his first win of the year.

But he would not get another birdie until the easy par-five 16th, by which time his chance had gone as Francesco Molinari breezed to victory with a closing eight-under-par 64.

McIlroy, who shot a 72 to finish on eight-under par, acknowledged it had not been a great finish to the tournament but said his game was in good shape.

“My Sundays haven’t been what I would have liked but I’m putting myself in that position,” he said.

NBC analyst Paul Azinger said one aspect of McIlroy’s game was not quite sharp enough.

“Rory’s just got to get anchored to something on and around the greens that he can really rely on, because tee-to-green he is brilliant,” he said.

McIlroy has finished no better than fourth at the Masters, the only major to elude the 29-year-old. This year’s tournament starts on April 11.

(Reporting by Andrew Both in Cary, North Carolina; Editing by Peter Rutherford)