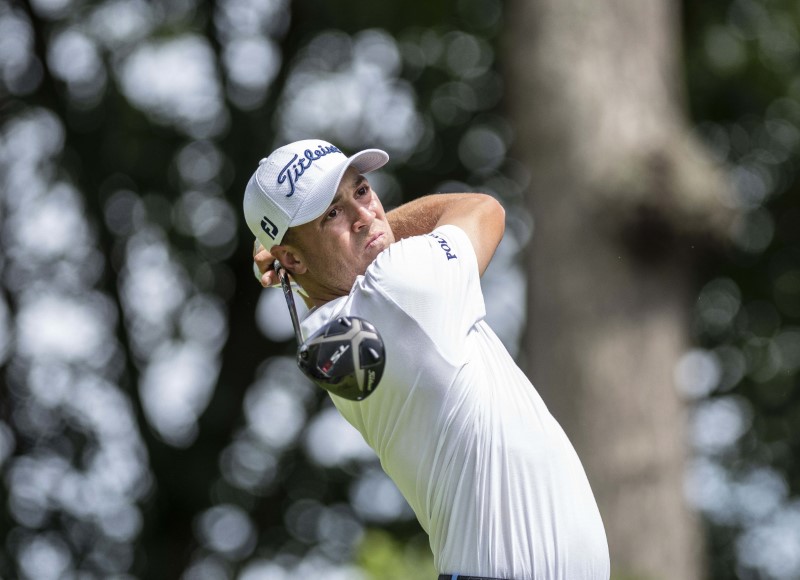 Justin Thomas faltered in the final round at the BMW Championship on Sunday but held on for an ultimately comfortable three-stroke victory at Medinah in suburban Chicago.

He carded a closing 68 to finish on a 25-under-par total of 263, while fellow American Patrick Cantlay shot 65 for second place on 22-under.

Thomas started the day with a six-shot advantage but when he bogeyed the 10th hole the lead over Cantlay was down to two.

But Thomas steadied with clutch play over the next three holes, twice holing putts of around 12 feet to re-establish his authority.