Patrick Reed ended another long drought Sunday when he rallied from a two-shot deficit in the final hour to win The Northern Trust. 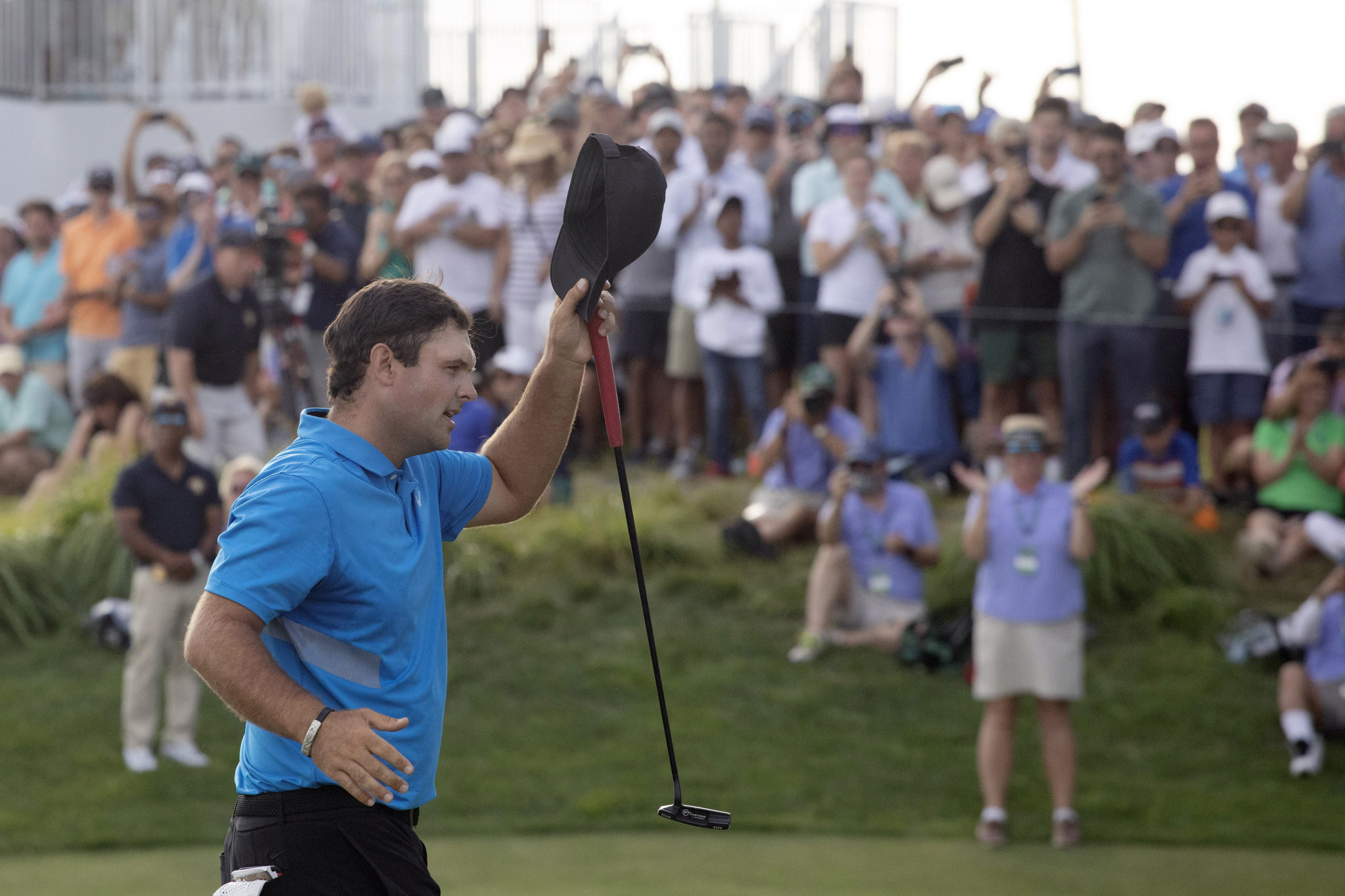 He is a Masters champion. He won a World Golf Championship five years ago, when he first said he felt he was among the top five in golf. He now has two victories in the opening FedEx Cup playoff event, which can make a case as having one of the strongest fields of the year this side of a major.

It’s what happens in between these big wins that is holding him back.

A lot of golf. Not a lot of trophies.


Dating to his victory at Kapalua in the Tournament of Champions to start the 2015 season, Reed had played 148 times worldwide with just two victories. One of those came with a green jacket from Augusta National. That makes up for a lot.

Reed ended another long drought Sunday when he rallied from a two-shot deficit in the final hour to win The Northern Trust. It was timely because it assured him a spot in the Tour Championship and raised his odds of having a shot at the $15 million prize for the FedEx Cup.

It also was overdue.

The victory ended a drought of 41 tournaments over 16 months since the 2018 Masters, his most recent victory. It wasn’t from a lack of effort.

“I don’t like long gaps,” Reed said after his one-shot victory. “It’s not fun, you know what I mean? I’ve always played to win golf tournaments. I’ve always wanted to compete to win. I’m not really satisfied with a second, third, fourth, 10th. … You’ll have good finishes in there, but as a competitor, you ask any of the guys out here in the top 10, 15 in the world, they would rather win a golf tournament than have eight second places.”

Reed showed the kind of game at Liberty National that makes him believe so much in what he can do.

He lost an early lead Sunday at The Northern Trust. Even with his caddie chasing off geese from the 13th fairway, he failed to birdie the par 5 and was two shots behind with time running out and not many birdie holes left. And then he seized control with a little imagination and plenty of grit.

It started with a pitching wedge to a back right pin on the par-3 14th, which he hit so perfectly that it caught the ridge and fed down to 8 feet for a birdie. That was important because Jon Rahm, who had a two-shot lead, and just made bogey on the 14th.

Reed said his caddie — brother-in-law Kessler Karain — told him, “You have to have him feel that bogey.”


On the next hole, Reed kept the momentum and the lead by saving par with a 10-foot putt. And then he drilled his tee shot about 25 yards short of the 296-yard 16th hole with water down the right side, pitched that to 4 feet to a front pin and made another birdie.

Then, it was a matter of holding off Abraham Ancer, and Reed was holding another trophy.

Winning is hard. Winning is what matters. What keeps Reed from the elite in golf — no matter how much he pumps his fists when playing for the flag in the Ryder Cup or Presidents Cup — is winning with more regularity.

That’s what makes the top five in the world stand out.

Brooks Koepka has won each of the last six years, including four of the last 10 majors. Dustin Johnson has gone only one year without winning on the PGA Tour since he turned pro. Justin Rose is on his 10th straight year winning on the PGA Tour. Rory McIlroy only had one drought, and one year without a title starting in 2009. Rahm is just starting out, but he has six wins in his three full years as a pro.

For Reed, this is the next step.

“The longer that time period is in between wins, it just makes it tougher,” he said. “I was pushing too hard and was trying harder and all of a sudden, it was going the wrong direction. My team was smart enough to tell me to back off, shut it down and reset and get clear, because we can finish the year right. We can get a couple Ws, and no better place that starting the first week of the playoffs.”


His process to posing with a trophy might have started in May, when he felt he had no energy at the PGA Championship. The people around him persuaded him to take a break, so for 10 days Reed didn’t touch a golf club. He can’t remember the last time he stepped away from golf for that long without doing something.

They rented a house in the Hamptons where they had stayed for the U.S. Open last year at Shinnecock Hills. Even with a manicured lawn he said was 300 yards long and 50 yards wide — perfect for hitting balls — he used it to play with his two children.

“If anything, I came back stronger and with a clearer picture and mind and I was able to go out and play,” he said.

Reed was able to win again.

And he can only hope he doesn’t have to wait that long for the next one.