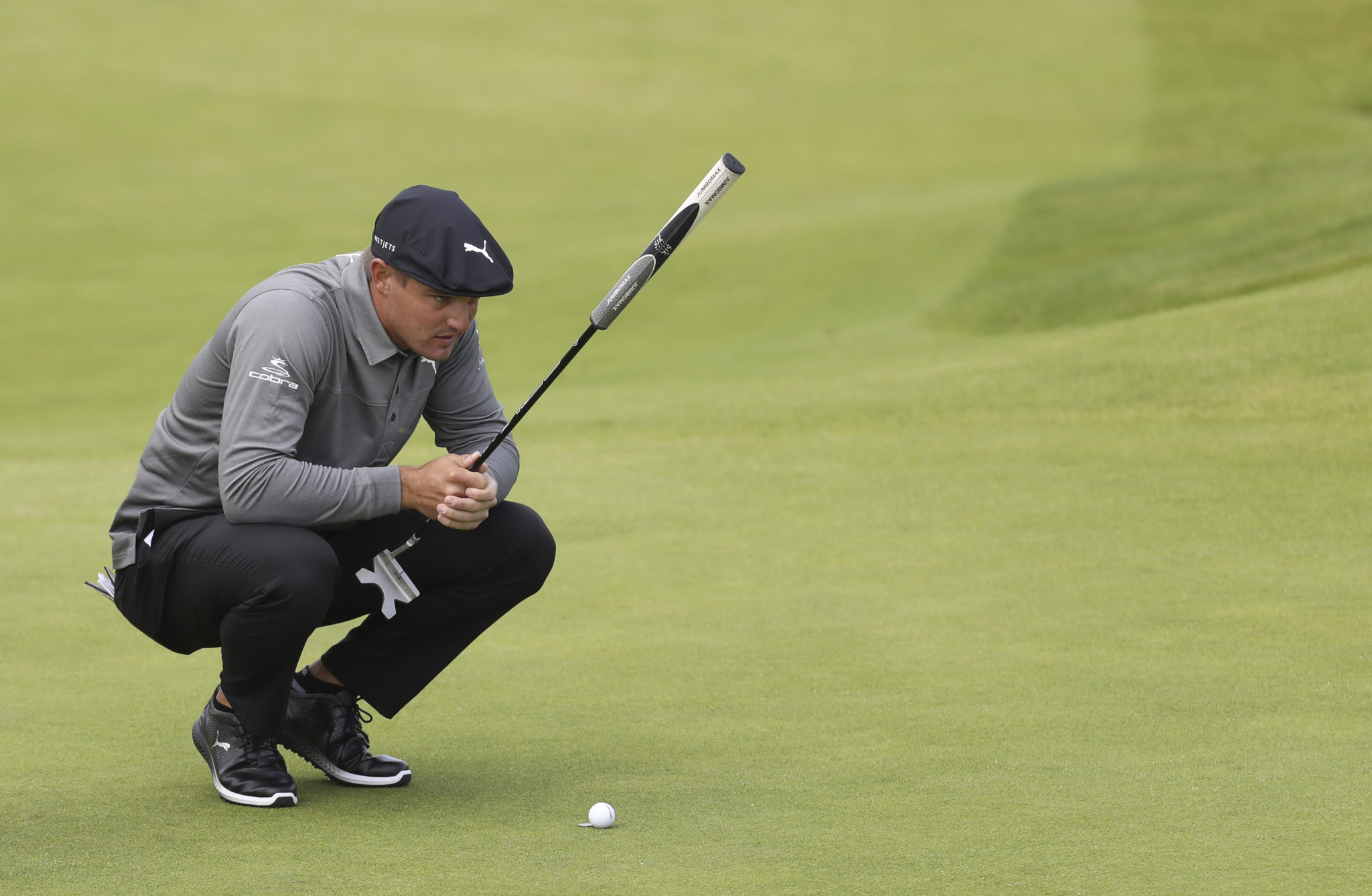 MEDINAH, Ill. — This could go down as one of the most memorable years in golf.

Tiger Woods won the Masters following four surgeries on his back, and just two years after he feared he might never compete again. The British Open was not held in Britain for the first time in 68 years. Two players went from college to PGA Tour winners in a span of two months.

And the PGA Tour might finally get around to doing something about pace of play.


The Player Advisory Council is meeting this week during the BMW Championship, and slow play is on the agenda. The tour all along had planned on the final PAC meeting of the year to be devoted entirely to solutions for a problem that apparently has no quick fix or it would have been fixed a long time ago.

So this could take some time.

One possibility the tour raised was timing players even when they were not out of position on the golf course.

The tour is equipped with ShotLink laser technology that tracks every shot by every player on every hole in every round. For about the last 10 years, players have received individual reports on how long it takes them to play various shots. The time is not entirely accurate — it’s more guide than gospel — because it’s measured by when the scorer records each shot in the group, not when it’s the player’s turn to hit.

But it at least gives a general idea, and there are not a lot of surprises.

Rules official now have a mobile app that gives the location of every group on the course and how much they are over or under the scheduled time it should take to play. When a group falls behind — even if it is not out of position — they can use ShotLink to see what or who is the problem.

Oddly enough, it was an older form of technology that brought searing attention to a sore subject: a television camera.


Fans get a Twitter vote on which of two groups they would rather see in streaming coverage, and the winner Friday at The Northern Trust was Bryson DeChambeau, Justin Thomas and Tommy Fleetwood. Without them being seen, there would be no video of DeChambeau taking 2 minutes, 6 seconds on an 8-foot putt.

Without that video, there would not have been near the social media storm it caused.

That’s not to suggest it exposed a problem because the problem has been around forever. There were no new developments last week, just a video that led to outrage and name-calling (Eddie Pepperell referred to DeChambeau as a singled-minded twit and later apologized).

DeChambeau took more than 2 minutes to hit a putt, and the next day he said on two occasions — to Brooks Koepka’s caddie and to the media after his final round — that he was not going to let that episode give him the reputation as a slow player.


DeChambeau had an explanation for what took him so long on that putt, but no good excuse. It’s less complicated to hear him talk about air density than his reasons why he shouldn’t be singled out. For starters, he believes the pace policy should include how long it takes to the walk to the ball and hit the shot. He said if he gets there first and he’s the last to hit, he can’t stand in front of other players to get his yardage, so he has to wait.

“That’s kind of not good etiquette,” he said.

Neither is taking 2 minutes for an 8-foot putt. On a Friday.

Fultom Allem was home last week in Florida and would have been shaking his head. He made better use of the word in 2000 at The Players Championship when he said, “Etiquette is not some small city in France.”

No one has explained the problem better than Allem over the years. It starts with the tour policy. Players are not timed until they are out of position. Then, they are told they are being timed. They are given a warning if they go over the limit. The second bad time is a penalty shot.

“It would be like you going down the highway 100 mph,” Allem once said. “A cop says: ‘Listen, bud, you are doing 100. I am going to follow you now. I am going to measure your speed.’ You’re not going to go over the speed limit. You’re going to drive perfectly.”


So to say officials are not enforcing the rules is to ignore what little punch the policy has.

“The problem is the players are slow,” he said from his Orlando home. “They know they’re slow, and they’re not prepared to do anything about it.”

That’s the heart of the issue. Sure, the tour is at least prepared to talk about it. How far that gets depends on how many players are willing to take a hard look at whether they’re part of the problem.

Two years ago in a confidential survey by Golf.com, players were asked if slow play was a problem on the PGA Tour, and 84% said yes. The same website conducted a similar survey the following year, and one question was whether a player felt his own pace of play was acceptable.