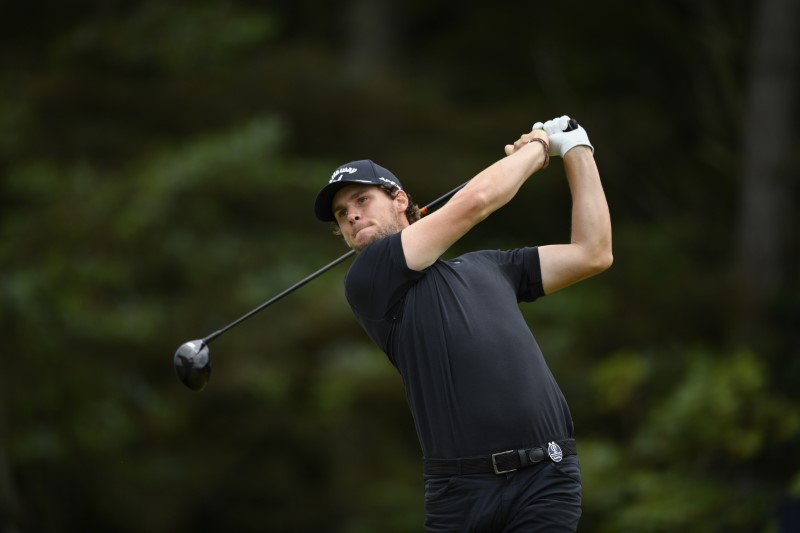 Belgian Thomas Pieters won his fourth European Tour title at the Czech Masters on Sunday, closing with a three-under 69 to seal a one-shot victory over playing partner Adria Arnaus of Spain.

The 27-year-old, who surged to a one-stroke lead following Saturday’s third round at the Albatross Golf Resort, held his nerve on the final day to go 19-under for the tournament and clinch a second title in Prague after his maiden win in 2015.

Pieters carded four birdies on the front nine and added one more after the turn to stay ahead throughout the day.

“It feels good to win again. I never doubted myself, but it’s been a long road of not feeling that great with the golf swing. It feels good to get back on track again and get another win,” Pieters said.


It was Pieters’ first triumph on the tour since the Made in Denmark title in 2016.

“It’s difficult when everybody says you should be winning two or three times a year,” he added.

“It’s always nice to hear that, but it’s almost a negative sometimes because I always felt like I was underachieving. But hopefully there’s many more like this.

“I felt like I was in control today, almost the whole day and I kind of did my own thing.”

Arnaus finished one shot behind in second after a final round of 69 that included four birdies and an eagle, while defending champion Andrea Pavan was tied for third with Sam Horsfield.

They were followed by a group of five players who finished tied in fifth place.