Tiger keeps Tour hopes alive with 5-under at BMW 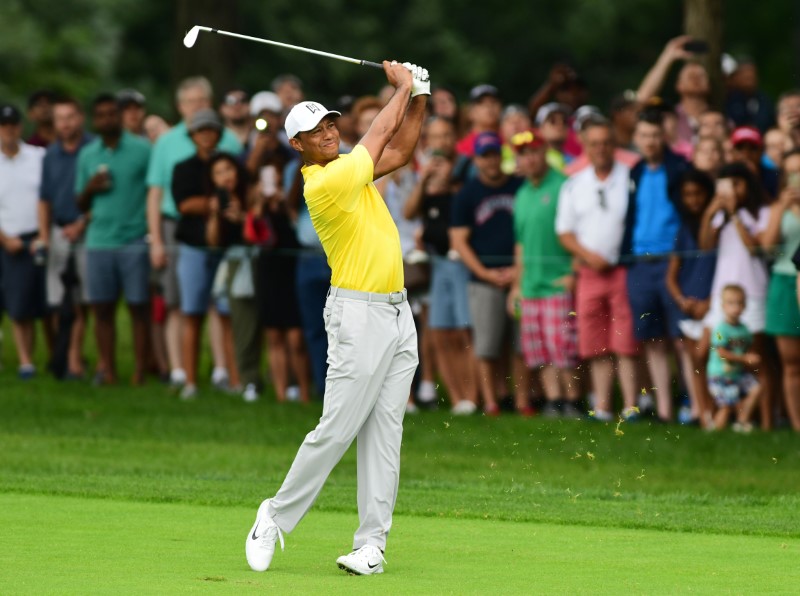 Tiger Woods kept his hopes of qualifying for next week’s Tour Championship alive by shooting a 5-under-par 67 on Saturday during the third round of the BMW Championship in Medinah, Ill.

Woods finished the day at 7-under 209 through 54 holes at Medinah Country Club outside Chicago, tied for 31st after finishing Friday tied for 48th. He needs to place 11th or better to advance and defend his Tour Championship next week at East Lake Golf Club in Atlanta.

“I figured I (was) going to have to do something in mid-60s for two straight days there,” Woods said afterward. “Left myself pretty far behind after the first two rounds. At least, I’ve got a shot at it.”

He sits four strokes back of four players who are tied for ninth.


The 43-year-old put together his first bogey-free round all season, birdieing the fourth and seventh holes on the front nine and Nos. 10, 14 and 16 on the back. Woods hit 12 of 18 greens and 10 of 14 fairways, needing just 27 putts to complete the round.

He had totaled seven bogeys and nine birdies through two rounds to start the week, scoring 71 in both.

“Basically, the only difference between today and the last couple of days, I was able to clean up the card,” Woods said. “I didn’t have any stupid mistakes where I made bogey from bad spots or from easy spots I converted a nice up-and-down on five. I did the little things that was able to keep the momentum going and made a couple putts here and there.”

The injury wasn’t enough to keep Woods out this week, and he said he felt considerably better during Saturday’s round.

“It’s just one of those things where some days I feel better than others, but also, then again, it’s what I do with the golf club, too,” he said. “Able to swing the club properly. Body feels better.”