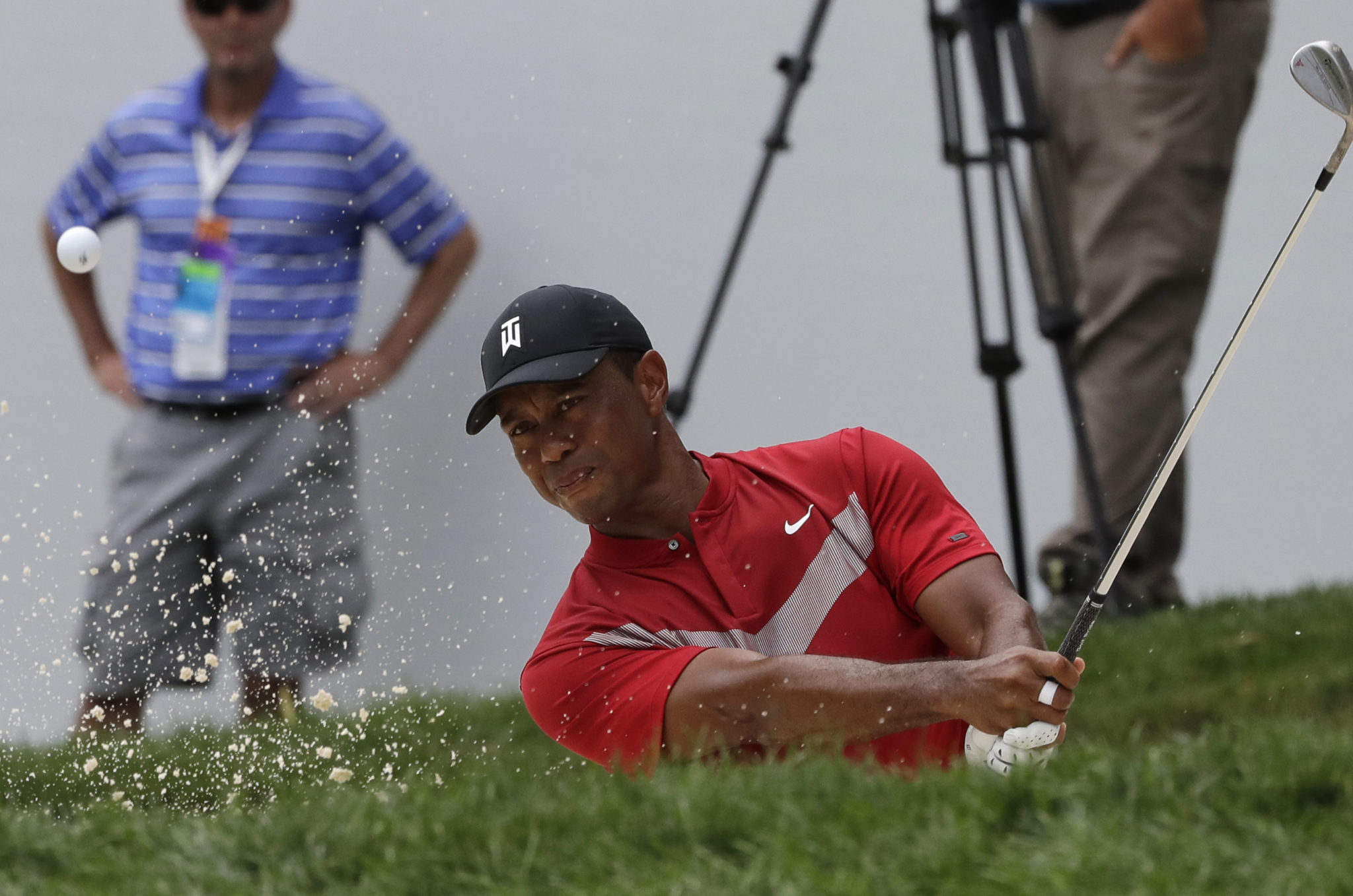 Tiger Woods wants the eight players who made his Presidents Cup team and four more under consideration as captain’s picks to play tournaments and stay sharp over the next three months leading to the December matches Down Under.

Left unclear was whether that applies to the captain if Woods decides to pick himself.

Woods said he told prospective Presidents Cup players at a meeting two weeks ago how important it was to be committed to the team and to the event.

“And that means playing and being prepared,” he said during a conference call Monday evening. “The only time we have ever lost the Cup was in Australia, and quite frankly, some of the guys didn’t play or practice that much. It was our offseason, and we got beat pretty badly.”


The matches were held the first week of December in 1998 at Royal Melbourne, and the International team routed the Americans so badly it clinched the cup before lunch was served. It remains the only time the International team won since the Presidents Cup began in 1994. The teams tied in South Africa in 2003.

“It’s something I try to reinforce to the guys, that it is important to be solid, be fresh and be sharp,” Woods said. “We’re going overseas and we’re playing against an amazing team, and it’s their soil. These guys are going to be tough to beat.”

The Americans won in a return to Royal Melbourne in 2011 when it was held in mid-November. This time, the matches end 10 days before Christmas.

Woods and Phil Mickelson were part of that first U.S. team that went to Melbourne, and only one of them was assured of returning 21 years later. Woods is a captain for the first time and eventually will decide whether to be the first playing captain of the Presidents Cup since Hale Irwin in 1994.

The Masters champion was not among the eight qualifiers after the BMW Championship, finishing 13th in the standings. And while he wants his players and potential picks to stay sharp, Woods has only one tournament on his schedule — the Zozo Championship in Japan from Oct. 24-27.

So does that rule him out when he makes his four picks a week after Japan?

“I don’t know. That’s up to myself and the vice captains and eight guys,” he said. “I’m going to keep an open line of communication with my players and my vice captains to find the four guys that they want to go down there with and who best fits the team.”

The eight qualifiers are Brooks Koepka, Justin Thomas, Dustin Johnson, Patrick Cantlay, Xander Schauffele, Webb Simpson, Matt Kuchar and Bryson DeChambeau. All but Cantlay and Schauffele have played in a Presidents Cup or Ryder Cup. Cantlay played in the Walker Cup in 2011.

Among those needing a pick are U.S. Open champion Gary Woodland, Tony Finau, Rickie Fowler, Patrick Reed, Chez Reavie and Kevin Kisner — along with Woods and Mickelson, who has played on every U.S. team dating to the 1994 Presidents Cup.

All but Finau have won tournaments this year.


When asked if Mickelson would be a vice captain if he doesn’t warrant a captain’s pick, Woods instead spoke of the experience of the three assistances he has — Fred Couples and Steve Stricker, who both were winning Presidents Cup captains, and Zach Johnson, who is part of the Ryder Cup committee.

Mickelson plans to play the Safeway Open in Napa at the end of September (which his management company runs) and the CJ Cup in South Korea, and said he might add a tournament depending on how he plays.

Woods has made it clear that the four picks will be a consensus of his assistants and eight qualifiers, though “ultimately it’s going to be my call.” He has played only six tournaments since winning the Masters. He missed the cut in three of them (two were majors) and finished a combined 39 shots out of the lead in the other three.

So how does he measure whether he’s worthy of a pick?

“It’s practicing, it’s playing, it’s staying sharp,” Woods said. “Obviously, I’m playing in Japan, and so that’s going to help. I think it has to do with a lot of my competitions I’m going to have down here (in Florida). I’ll be playing with a lot of the guys here. They’re going to be getting ready for some of the fall events. We’ll have some matches, and that’s always fun because we’re able to talk trash and have a great time.

“That will be something that I will definitely rely on, and obviously the event in Japan will be a big deal.”