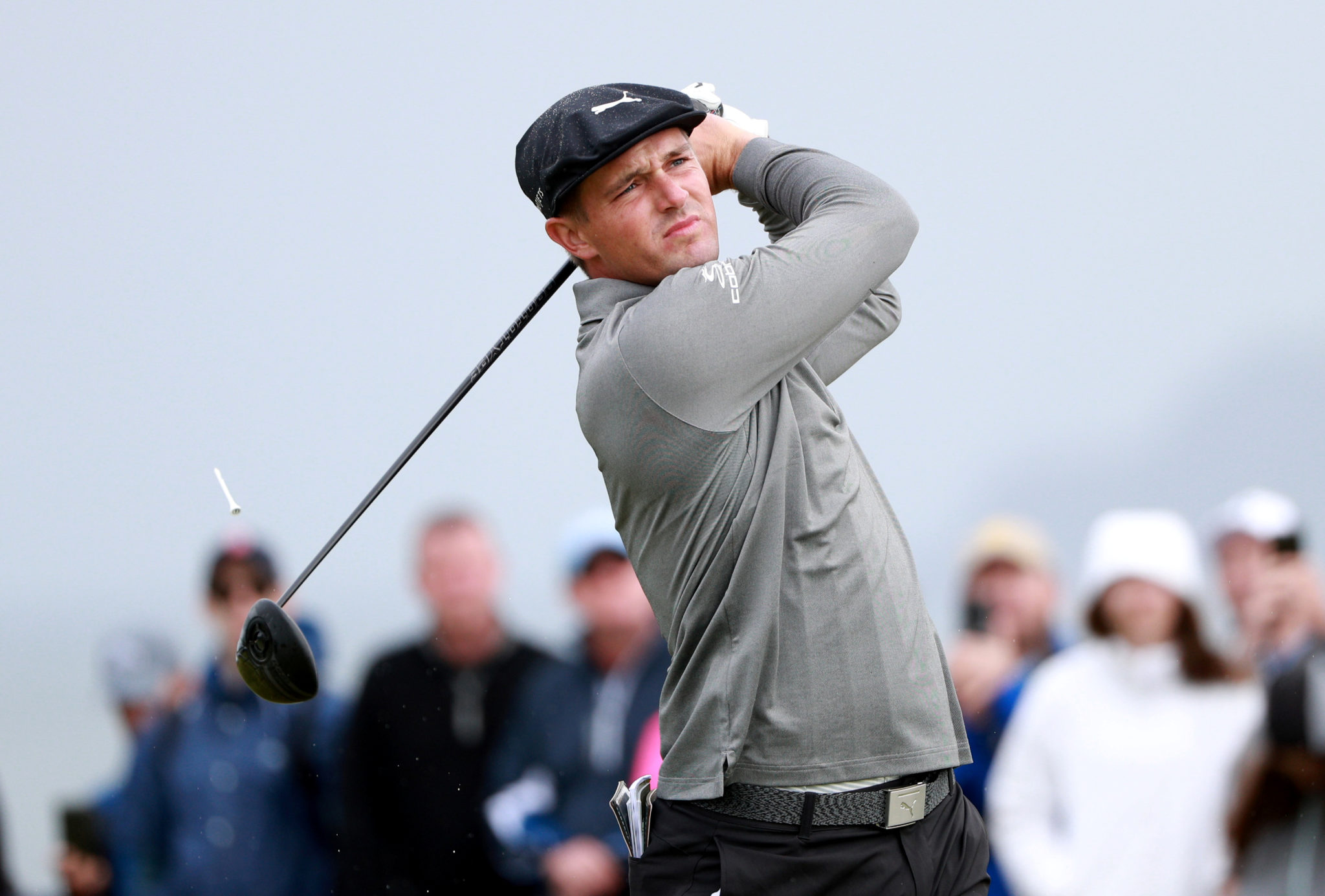 Bryson DeChambeau charged atop the leaderboard at the Safeway Open on Friday after an inspired second round put him at 12-under-par at the halfway point.

The world number 11 DeChambeau fired an eight-under-par 64 on Friday, and is bogey-free through 36 holes thanks to a strong wedge game.

“I made a couple good putts, that was obviously awesome, and I struck it a lot better than I did yesterday,” DeChambeau said in a televised interview.

“I’m just keeping it in the fairway and making sure I’m hitting the right parts of the greens.

“Honestly, the key to my play this past couple of days has been my wedge play, surprisingly. I’ve been working for the past two, three years, I mean, since college trying to get my wedging better.”


Golf’s mad scientist, DeChambeau, who had a stroke of genius earlier this year with a six-under-par 66 in the first round of the Masters, had hit back at critics of his notoriously slow pace on the course last month, but struck a conciliatory tone on Friday.

“I’ve had some struggles sometimes,” DeChambeau said. “People saying this, people saying that. I’ve done some things I shouldn’t have. But it’s about growing up and learning how to be a true professional.”

Fellow American Nick Watney sits just two strokes behind, while a pack of pursuers is at nine-under including world number six Justin Thomas who also produced a 64.

First-round co-leader Adam Scott could only manage a 73 to fall to six-under.

Former NFL quarterback Tony Romo, who shot two under par in the first round, had a disastrous nine-bogey performance in his second outing, costing himself a shot at making the cut.

“I didn’t hit many fairways today,” Romo said. “A lot of good stuff this week, I hit a lot of shots. I think, signs of life.”

Instead, he will have to settle for his day job on Sunday as an on-air professional football analyst for CBS.