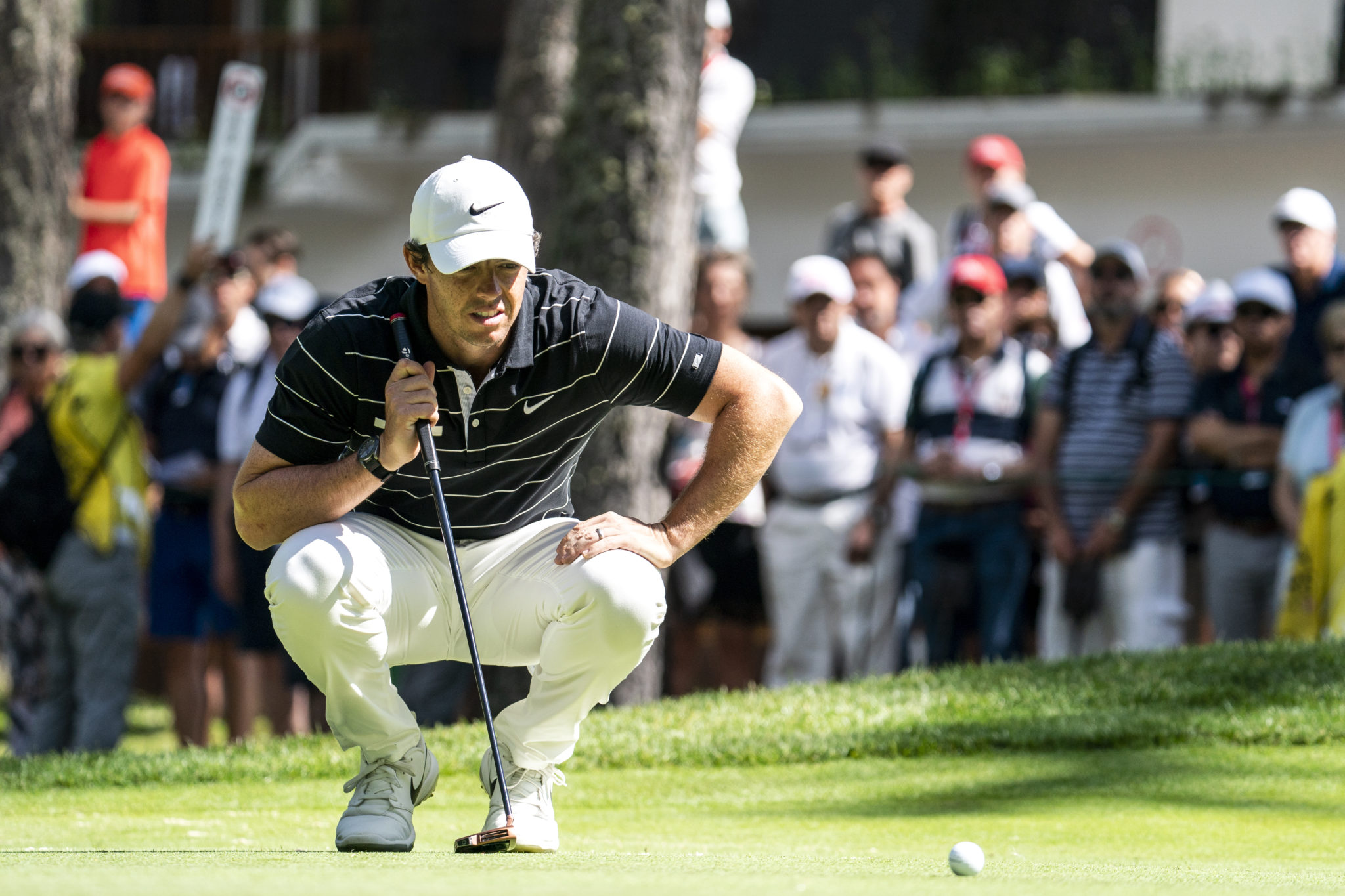 Seventeen days after Rory McIlroy cashed in by winning the FedEx Cup, a new season begins at The Greenbrier.

A year ago, there were only 10 open days between the final putt in the Tour Championship (Tiger Woods) and the first shot of the next season (Nick Taylor). It was an even shorter turnaround when factoring in the Ryder Cup in France, which ended four days before the Safeway Open in California.

“PGA Tour Live” is adding weekday featured group coverage from seven tournaments in the fall, along with live streaming of featured matches all four days of the Presidents Cup at Royal Melbourne in Australia.


It adds up to 140 extra hours of live content, bringing the total for subscribers to 1,100 hours over the new season. “PGA Tour Live” is available in the U.S. on NBC Sports Gold and Prime Video channels, and internationally on Discovery-owned Golf TV.

The other tournaments to get live streaming of featured groups are the Sanderson Farms Championship, the Safeway Open, the Shriners Hospitals for Children Open in Las Vegas, the Houston Open and the RSM Classic at Sea Island.

There are 11 tournaments over 10 weeks in the fall portion of the PGA Tour schedule, which includes a new event in Bermuda held the same week as the World Golf Championships event in Shanghai. That also includes a three-week swing through Asia with limited fields and no cuts.

When the wraparound season began, there were six tournaments.

As for the value of the fall, six of the eight winners last fall reached the Tour Championship at East Lake.

The PGA Tour ending its season before football has freed a popular date on the calendar for golf — the Solheim Cup.

Tickets have gone on sale for the next Solheim Cup in 2021 at Inverness Club in Toledo, Ohio. It will be played Sept. 4-6, starting on a Saturday and ending on Labor Day for the first time.

Before the PGA Tour went to a more compact schedule — with only three FedEx Cup playoff events — Labor Day was the final round of the playoff event outside Boston.

Steve Stricker used to have a short PGA Tour season even when it ended in late October. Even with a compact schedule, this one ended earlier than usual. He hasn’t played since July 14, a sixth-place finish at Firestone in the Senior Players Championship.

Despite playing only nine events, he is No. 3 in the Charles Schwab Cup standings but still unsure how much he will on the PGA Tour Champions the rest of the year. There is an elk hunting trip coming up in the fall.


Stricker also played seven times on the PGA Tour, his last appearance a tie for 22nd at the Memorial, and now the Ryder Cup captain is thinking about one more full season on the regular tour. He has taken his one-time exemption from being top 25 in career money on the PGA Tour. He is contemplating a tournament or two in the fall. And then next year figures to be plenty busy with the Ryder Cup.

“I’d like to get in those FedEx Cup playoffs. Those looked pretty cool,” Stricker said.

As a vice captain in the Presidents Cup in Australia, he is not likely to start next year with another long trip to Hawaii. But he figures to play more than seven times. And that includes two majors — the PGA Championship (as Ryder Cup captain) and the U.S. Open at Winged Foot from having won the Senior U.S. Open.

CELEBRATION OF THE KING

The King is gone but far from forgotten.

Arnold Palmer would have turned 90 on Tuesday, and his group of companies is celebrating with various activities from his hometown of Latrobe, Pennsylvania, to Orlando, Florida, and even the Empire State Building in New York.

It started with ceremonial tee shots at 7 a.m. from Bay Hill Club and Latrobe Country Club to commemorate the time he was born. Those hitting shots at 7 a.m. or throughout the day in his honor were encouraged to share video with the hash tag “LifeWellPlayed.”

The colors from his signature umbrella logo — red, yellow, white and green — are being displayed on the 400-foot Ferris wheel in Orlando, while a choreographed display of 90 lit umbrellas will be at Saint Vincent College in Latrobe.

Also at Bay Hill, 90 ticket packages were available that offer two passes to the Arnold Palmer Invitational for any day, along with a $50 gift card to a PGA Tour Superstore.


“My father’s legacy is really one of inspiring people to do better and to look forward — he wasn’t a fan of looking back, as he said — and so I’m thrilled to see his birthday used as an opportunity to do that, celebrating him and the impact he continues to make via the Arnold & Winnie Palmer Foundation,” said his daughter, Amy Palmer Saunders, chairwoman of the Arnold Palmer companies and the Foundation.

The Empire State Building will be lit in his umbrella colors to cap off his birthday celebration. Palmer died Sept. 25, 2016, of complications from heart problems.

American Express is back in the title sponsor business.

The PGA Tour said it has a multiyear agreement with American Express to be title sponsor of what had been The Desert Classic in January. The Jan. 16-19 tournament, held after the two-week Hawaii Swing, now will be called The American Express.

The tournament joins Pebble Beach as the only two PGA Tour events that have a pro-am format.

American Express previously was the title sponsor of the World Golf Championship that rotated between the U.S. and Europe — twice in Spain, twice in Ireland and once in England — until the sponsorship ended in 2006 and the WGC was moved to Doral.

The company also had a partnership with the U.S. Open for 13 years.

PGA champions Davis Love III and Dave Marr II are among six people who will be inducted into the PGA of America Hall of Fame. Joining them in the Nov. 5 ceremony are Annika Sorenstam, LPGA co-founder Shirley Spork, former PGA of America President Derek Sprague and the late Karsten Solheim, who founded Ping Golf. The ceremony is part of the PGA’s annual meeting in West Palm Beach, Florida. … Viktor Hovland of Norway has received an exemption to play the BMW PGA Championship next week at Wentworth, the first event where European Tour members can earn Ryder Cup points. … Phil Mickelson and Brooks Koepka have committed to play the Shriners Hospital for Children Open in Las Vegas on Oct. 3-6. For Mickelson, it will be his first appearance in the Las Vegas event since 2005. … RSM and Davis Love III are expanding the “RSM Birdies Fore Love” charity program. The top three players who make the most birdies or better in the 11 fall events will earn $300,000, $150,000 and $50,000 for a children- or family-based charity of their choice. Players who record the most birdies or better from each tournament in the fall will get $50,000 for his charity. RSM and the Davis Love Foundation have generated more than $13 million for charities since the RSM Classic at Sea Island began in 2010.

STAT OF THE WEEK

The Americans have never won a Solheim Cup in Scotland, losing at Dalmahoy in 1992 and Loch Lomond in 2000.

“Everyone says we want a bit of rain for the Americans. No, we want beautiful weather so the galleries can get out there and enjoy themselves and just cheer us on and be the 13th man out there, because that’s what the home soil advantage gives you.” — Laura Davies on the Solheim Cup in Scotland.