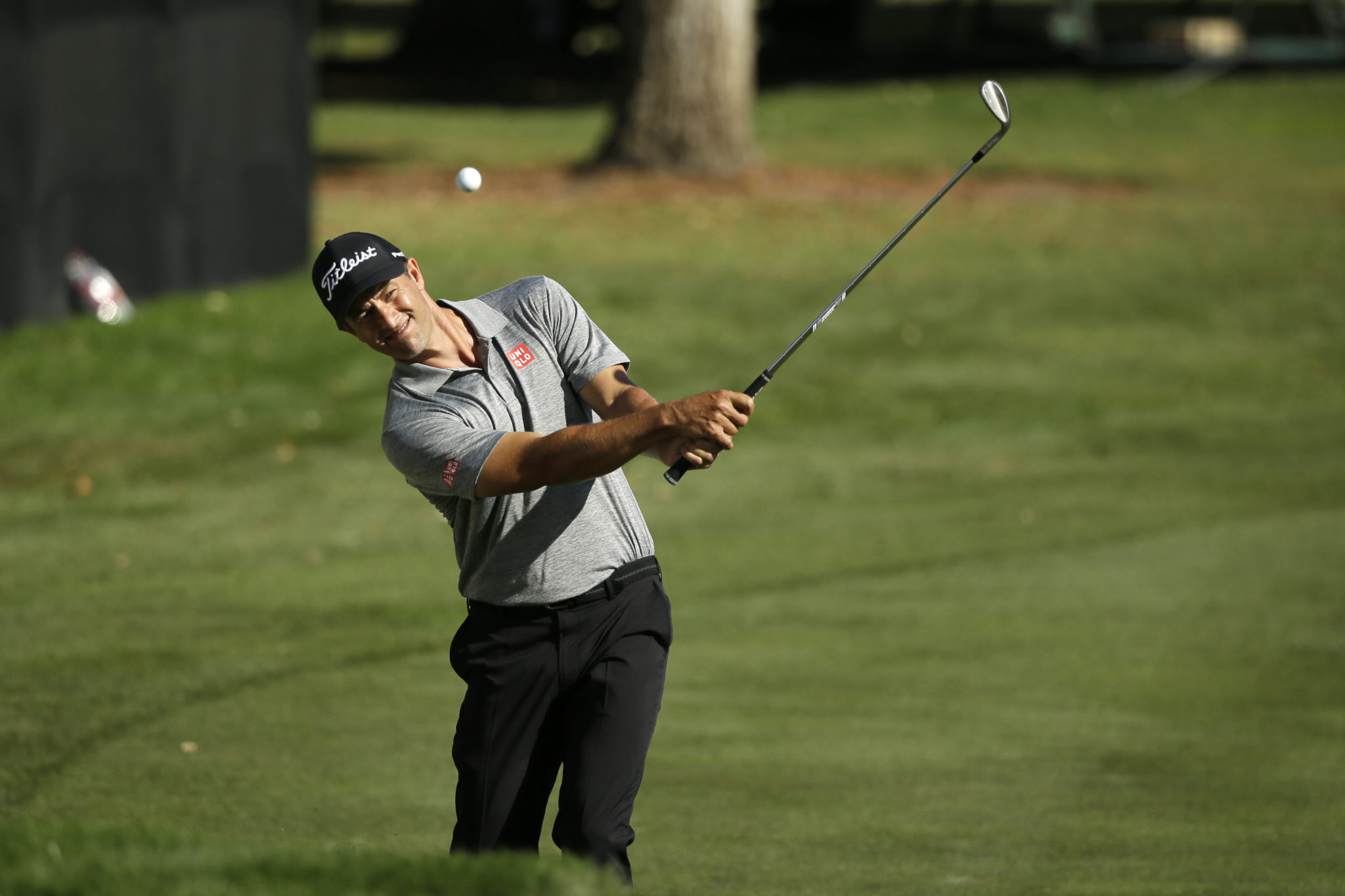 Slow starts plagued Adam Scott last season, a prime reason the former No. 1 player in the world was winless despite solid overall numbers. After taking a brief break, the 39-year-old Australian is back and emphasizing quicker, more aggressive starts.

Andrew Landry is just looking for a jump-start after missing the cuts in the first two events of the PGA Tour this season.

Scott and Landry shot 7-under 65 on Thursday to share the first-round lead at the Safeway Open.

Playing in the morning pairings at Silverado Country Club, Scott had six birdies and an eagle to make up for an early bogey. Landry teed off 4 1/2 hours later and played bogey-free with seven birdies.

“This is a nice way to start,” Scott said. “I would like to have a lead going into Sunday and see what I can produce, to be honest. I’ve been four and five back. It’s a lot to ask all the time when you’re as far behind as I kind of was.”


Ranked 15th in the world, Scott hasn’t won on the PGA Tour since taking the Honda Classic and World Golf Championships-Cadillac Championship in consecutive weeks in 2016. Since then he has been up and down the scoreboard, frequently scurrying to catch up in the latter rounds after getting off to sluggish starts.

That wasn’t the case in Scott’s season debut.

Despite having only played two rounds previously at the picturesque, 7,166-yard course, he had four birdies on the front nine to compensate for a bogey on No. 13. After birdying two of the first three on the back nine, Scott drained a 53-foot putt for eagle on the 566-yard, par-5 fifth.

Scott saved par after his drive went into a green-side bunker on No. 7, made another par on No. 8, then narrowly missed a birdie and three-putted for par on No. 9 to close out his day.

Landry had five birdies on the front nine. The Valero Texas Open winner last year, he saved par after going into the bunker on the second hole of the back nine, then birdied Nos. 5 and 8 to get to 7 under.

“I was rolling the ball so well that I just figured, hey, I can make a lot of putts right now,” Landry said. “That’s kind of what I did all day. Ball-striking wasn’t as good as I wanted but the putting was there and made up for it.”

Former NFL quarterback and current CBS analyst Tony Romo opened with a 70. Romo is playing on a sponsor exemption. If he makes the cut, he will skip Sunday’s NFL broadcast in Chicago between the Bears and Minnesota Vikings.

Phil Mickelson shot 75, making a quadruple-bogey 9 on the par-5 fifth. Jim Furyk also had a 75.