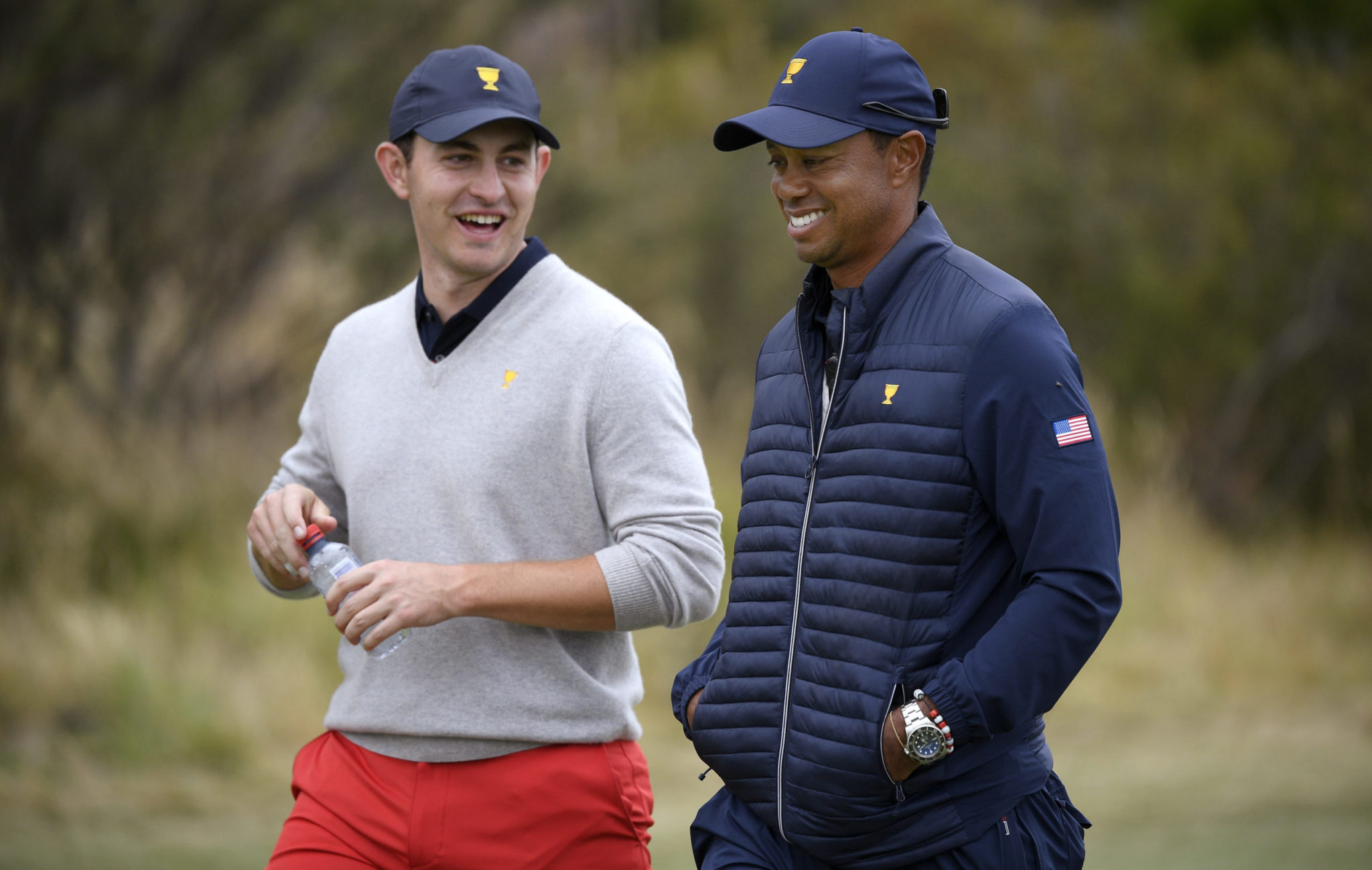 The International team has the lead going into the final day of the Presidents Cup for the first time in 16 years, and it has a trio of rookies to thank for that.

Marc Leishman and unbeaten rookie Abraham Ancer staged a remarkable rally Saturday afternoon in foursomes, going from 5 down with eight holes to play to earn a most unlikely halve against Justin Thomas and Rickie Fowler.

Byeong Hun An and Joaquin Niemann never led in the final match and scratched out another half-point against Matt Kuchar and Tony Finau.

That gave the Internationals a 10-8 lead going into Sunday singles, and a real chance to win the Presidents Cup for only the second time in its 25-year history.


“We’ve given ourselves … a great shot to win the session tomorrow and win this cup,” said Adam Scott, who has been part of one tie and seven straight losses. “I think we’ve got to be pretty happy about that. Come out tomorrow, leave it all on the golf course.”

Nothing inspired the Internationals more than to watch the final two teams on the course scratch out a half-point despite never leading at any point in the match.

“For us to scratch and scramble for one point, the guys were very excited about that,” Els said.

It looked as though it could have been even larger, when the Internationals built a 9-5 lead after the morning session.

The Americans finally showed some fight, even with captain Tiger Woods sitting out for both sessions. And the caddie of Patrick Reed might have shown too much fight. He confirmed in a statement to the Barstool Sports podcast “Foul Play” that he shoved a spectator who he felt got too close to Reed while cursing him.

Kessler Karrain, who is also Reed’s brother-in-law, will not be on his bag for the final session. Reed said in a statement he respects the tour’s decision and that everyone was focused on winning the cup.

It was the second straight week of scrutiny for the Reed camp, following his rules violation of scooping sand out of the way in the Bahamas that led to a two-shot penalty.

There was plenty of drama Saturday, and all that did was set the stage for 12 singles matches.

Woods put himself out first against Abraham Ancer, who got his first taste of a big stage when he was grouped with Woods at the World Golf Championship in Mexico City in February.


Reed, a target of the fans all week, will play C.T. Pan in the third match. The International team needs six points from the 12 matches to claim the cup for the first time in 21 years.

Reed and Webb Simpson lost matches each of the first two days. Woods sent them out again Saturday morning, and they delivered a dud by making only one birdie in fourballs and losing, 5 and 3, to Hideki Matsuyama and Pan.

Even more curious was Woods, who won matches each of the first two days with Thomas, benching himself in the morning and the afternoon, and saying it was best for his team.

“I trust the guys,” Woods said.

Finally, Dustin Johnson and Gary Woodland took down Adam Scott and Louis Oosthuizen in the lead match in foursomes. California rookies Xander Schauffele and Patrick Cantlay rallied from 3 down through 5 holes by winning three straight holes and pulling away at the end over Cameron Smith and Sungjae Im.

It was only the third time in 13 events that the International team had the lead after team matches. It had a three-point lead in South Africa in 2003, the year the matches ended in a tie. And they had a nine-point lead at Royal Melbourne in 1998, the only team to beat the Americans.

Both captains appeared to use that as motivation in their press conference. Woods noted that his team could have been trailing 9-1, “and for the International team only to get one point from that point on, for us to fight back and get eight points, was a huge, huge win.”


Els couldn’t stifle a laugh, for the International team was never leading 9-1 — they were only leading matches.

“You’re the absolutely optimist, aren’t you?” Els said with a laugh. “My God.”

The shocker of the day was Thomas and Fowler losing a big lead.

They were dormie with three holes to go when Leishman made an 18-foot par putt and Fowler missed his 6-foot par attempt. Then, Thomas missed a 10-foot par putt to end it on 17. On the final hole, Thomas sent his tee shot well to the left and under a tree, leaving the team no chance to get closer than 150 yards from the green. It might not have mattered. Leishman dropped his approach to within 6 feet, a birdie that was conceded.

“Speechless,” said Thomas, the star of this American team. “It’s unacceptable for us to get a half a point. They made a couple long putts there on 15 and 16 to keep it going. We had our chances, and flat honest, just didn’t execute.”

Woods watched it all unfold from the sidelines, sticking to his job as captain. Even after losing the morning fourballs session, he kept himself out of the lineup in a decision that surprised International captain Ernie Els.

Woods and everyone else will be playing Sunday, including Bryson DeChambeau, who has not played since Thursday.

Long thought to be a strength, the Americans have not won the singles session in the Presidents Cup since 2009. They haven’t had to. Now they do.