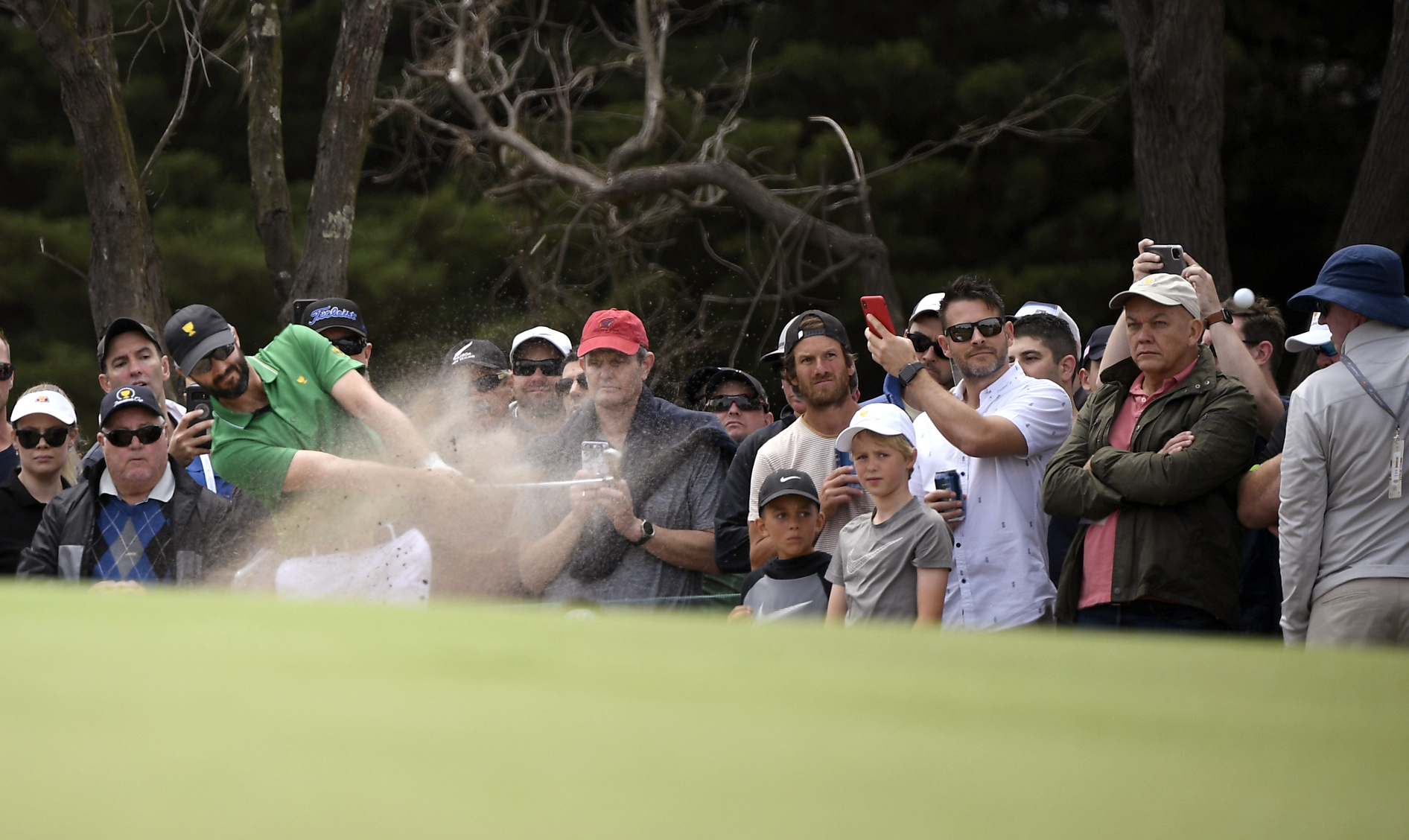 Adam Scott and Marc Leishman helped give the Internationals an even bigger lead at the Presidents Cup at Royal Melbourne on Friday.

The Internationals, who beat the Americans for the only time in 1998 at Royal Melbourne, went into the day with a 4-1 lead after Thursday’s fourballs and took a 6-1 lead with the early wins. Ancer and Oosthuizen won their fourballs match on Thursday, as did Scott with Byeong Hun An.

There were three remaining fourballs to be completed, with the Internationals 2-up in one and with the other two all square, including Tiger Woods and Justin Thomas’ match with An and Hideki Matsuyama.