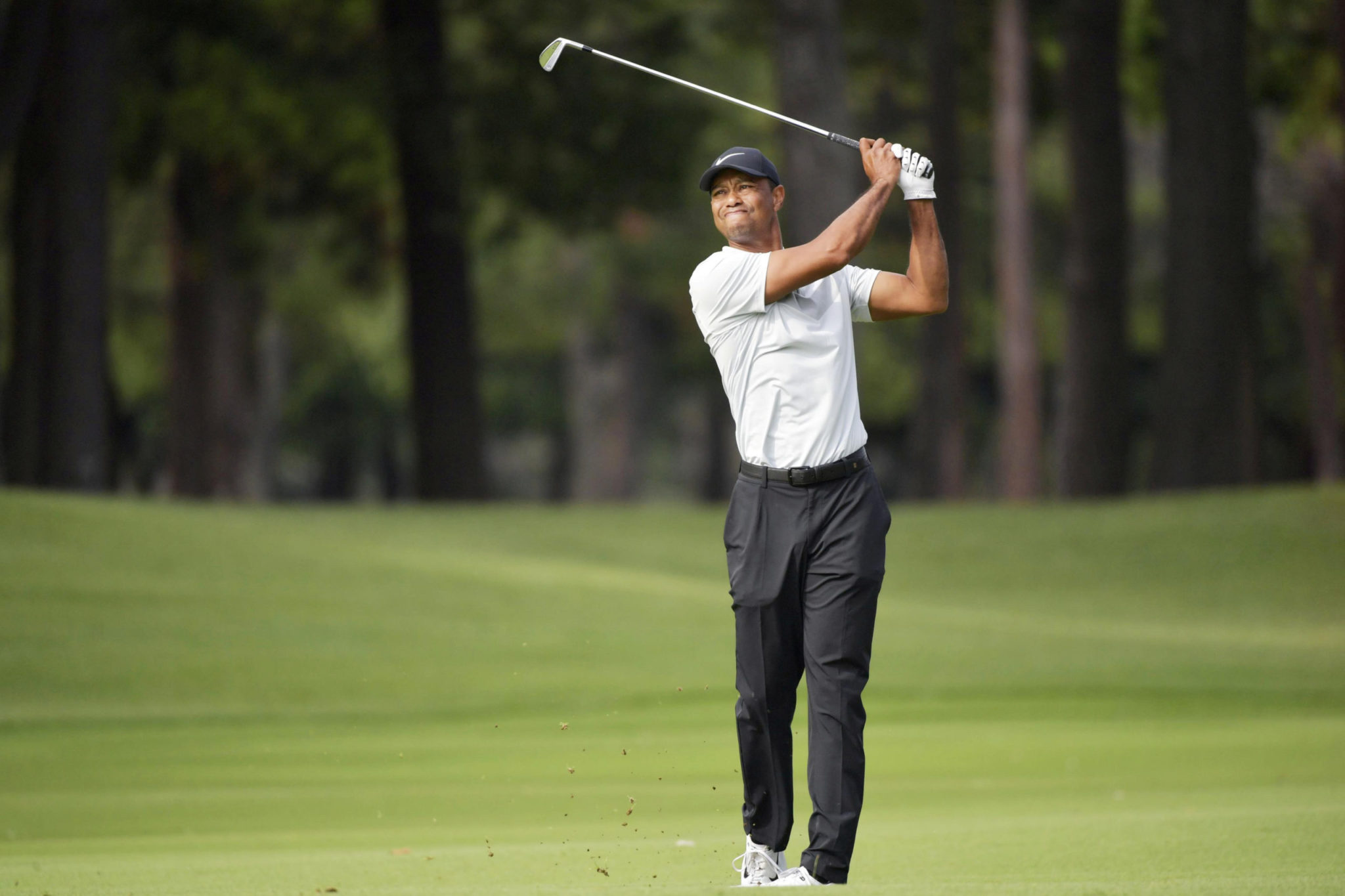 As he gears up for two of the busiest weeks he has had on a golf course likely in years, Tiger Woods on Tuesday talked about what he’s done since equaling Sam Snead’s PGA Tour record of 82 victories and his approach heading into his high-profile December.

He also addressed the controversies surrounding professional golfers accepting big paydays to play in Saudi Arabia, as ESPN reported Woods himself declined a big-money offer to play in the Saudi International from Jan. 30-Feb. 2.

Woods is in the Bahamas, where he will face 17 of the world’s top golfers this weekend in the Hero World Challenge — an event his TGR Foundation hosts. After the tournament, Woods will head to Australia to both captain and play for the United States in the Presidents Cup beginning Dec. 12.


“I took some time off, did some things around the house, and that’s about it,” Woods said on a story posted to his website, speaking about life since winning the Zozo Championship in October to tie Snead. “Then I’ve been organizing these two weeks — working with my staff here (at the Hero World Challenge), and then working with the Tour, and communicating with the guys for next week, making sure everything is in line.

“It’s long days. Long nights. I’m still playing, too, so I gotta practice, I gotta train, lifting. It’s burning the candle on both ends for two weeks in a row. It’s gonna be tough.”

Woods also said the knee surgery he opted for in August, as his game got away from him down the stretch of the season, has paid dividends on the course in recent weeks.

“I’m able to make moves that I haven’t for quite some time,” he told his site.

Woods also spoke out about the controversy that has erupted since Phil Mickelson announced Monday he is the latest golfer to accept an invitation to the Saudi International, a tournament in Saudi Arabia that typically pays the world’s top golfers seven-figure appearance fees.

The European Tour and golfers who travel to the event have come under increasing scrutiny in the last year over playing in Saudi Arabia in light of the country’s human rights record. That scrutiny intensified after journalist Jamal Khashoggi was killed inside the Saudi consulate inside Istanbul, Turkey, in October 2018.


Woods declined an offer of around $3 million to play the upcoming Saudi event, according to ESPN.com. He told the website of the decision, “I just don’t want to go over there. It’s a long way.”

While Mickelson is not the only big-name golfer to agree to play the Saudi International — 2019 winner Dustin Johnson, Patrick Reed, Brooks Koepka, Sergio Garcia and Tony Finau are among those who are also scheduled to compete — Mickelson’s decision is the one that led to questions for Woods.

“I understand the politics behind it,” Woods said at a news conference. “But also the game of golf can help heal a lot of that, too. It can help grow it. And also a lot of top players are going to be playing there that particular week.

“It’s traditionally not a golf hotbed, the Middle East. But it has grown quite a bit. I remember going to Dubai for my very first time and seeing maybe two or three buildings in the skyline. Now there is a New York City skyline. Again, golf has grown. There were only a few courses when I went to Dubai and now they’re everywhere. Same with Abu Dhabi, and maybe eventually in Saudi Arabia.”

Woods played in 12 events last season, looking better than he has in years and putting together one of the biggest stories in sports when he won the Masters in April.