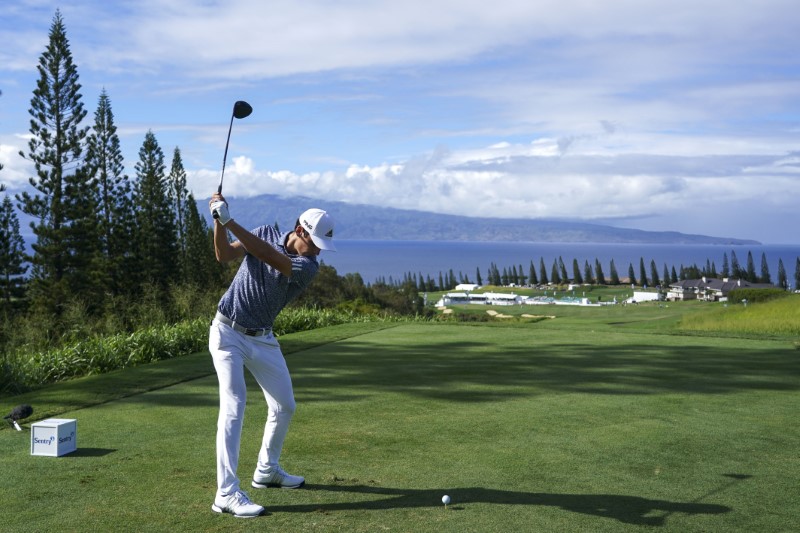 Chilean Joaquin Niemann, fresh from mixing it with the best in last month’s Presidents Cup, fired a seven-under-par 66 on Thursday to grab the first-round lead at the Sentry Tournament of Champions in Kapalua, Hawaii.

The 21-year-old enjoyed a bogey-free round to grab a one-stroke advantage over world No. 4 Justin Thomas.

Niemann ended his day with a birdie at the 677-yard par 5 18th where he cranked a 360-yard drive and chipped his third shot to within 10 feet before making the putt.

The young Chilean’s surge comes just a couple weeks after he made his debut in the international competition at Royal Melbourne in Australia, where Ernie Els’ team narrowly lost to a powerful U.S. side captained by Tiger Woods.


“The Presidents Cup was one of my best experiences since I turned pro. It was an unbelievable week,” Niemann told reporters. “I shared a lot of moments with the best players in the world.

“Just being around good players, it gives you a lot of learning. It just gave me a lot of confidence knowing that I’m able to beat them if I play good.”

Niemann, who qualified for his first winners-only event with a victory at Greenbrier in September, set the early pace for a group of world-class players.

Thomas also went without a bogey and ended with a birdie on 18 to draw close.

After having part of his 2019 season derailed by a wrist injury, Thomas has been on fire of late with two wins and five top-five finishes in his last six events.


Rickie Fowler and Matt Kuchar each shot 68s to sit two behind at five-under.

Spain’s Jon Rahm, the world No. 3 who won four times during the 2019 calendar year, is among a group of players at four-under that includes Xander Schauffele and Patrick Cantlay.

Thursday’s opening round presented ideal scoring conditions, but that may quickly change as the forecast for the final three rounds is expected to include rain showers and strong winds that could reach up to 40 mph (64 kph).