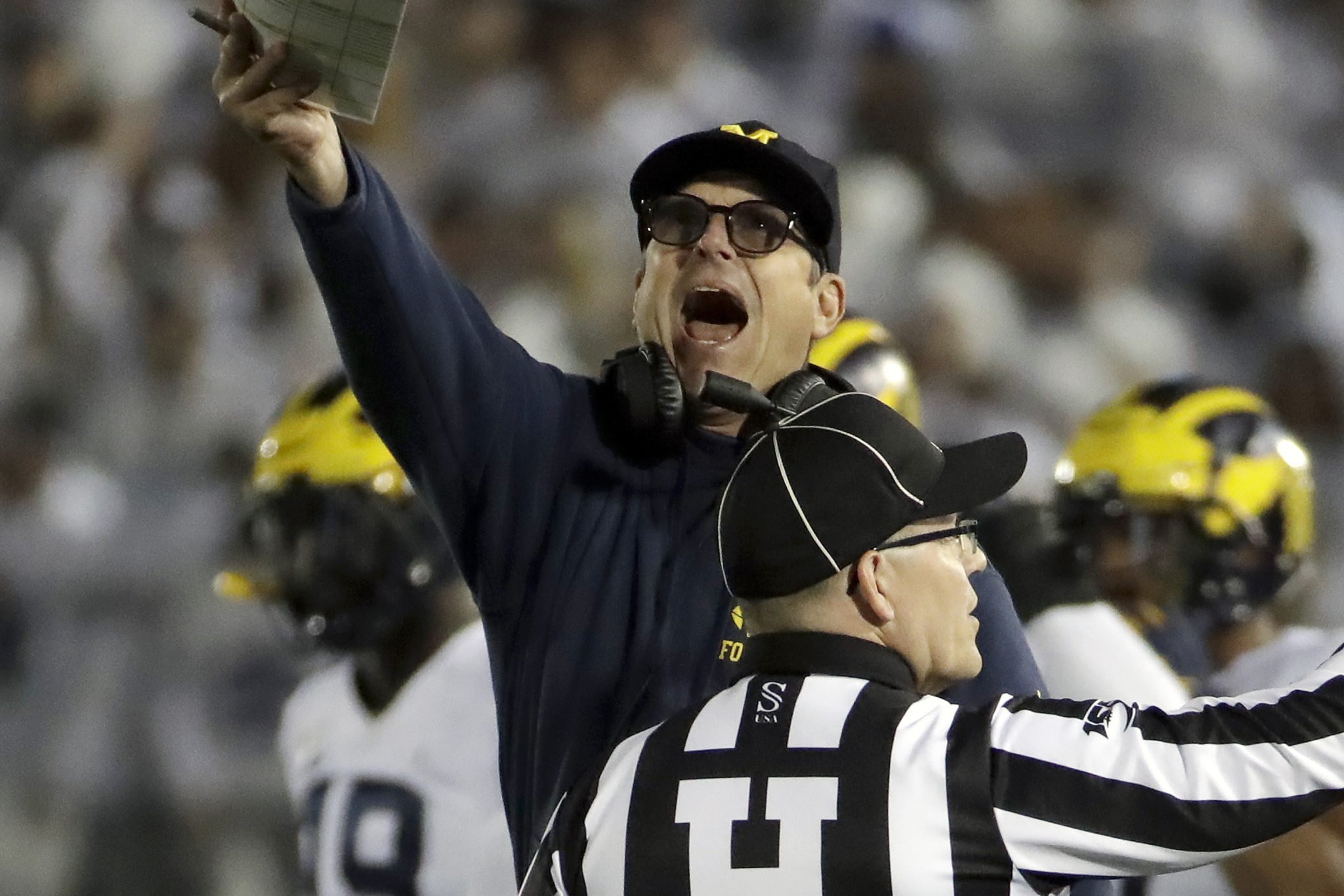 Michigan coach Jim Harbaugh has sent an email to parents of players on his team, refuting a report saying representatives are working on his departure from his alma mater.

“I am reaching out to let you know that the recent claims that I am ‘pursuing an exit strategy’ are total crap,” Harbaugh wrote in an email, a copy of which was obtained Wednesday by The Associated Press. “It’s an annual strategy driven by our enemies to cause disruption to our program and to negatively recruit.

“By the way, I don’t even have an ‘agent or representative.’ I am committed to your sons, their education and their development as football players and people.”

The person who shared the email’s content with AP did so on condition of anonymity because it was intended only for players’ parents.


Harbaugh was responding to a report citing sources saying his representatives have their eye on getting Harbaugh back in the NFL, where he was a head coach in San Francisco. Last year, former Ohio State star receiver and Fox Sports analyst Cris Carter said Harbaugh was a potential candidate to lead the Green Bay Packers and Cleveland Browns.

Michigan won 10 games last season for the third time under Harbaugh, but dropped to 0-4 against the rival Buckeyes.

Harbaugh, who is 43-16 with the Wolverines, is in the fifth year of a seven-year contract with a compensation package that gives him more than $7 million per year. He returned in 2015 to the school where he was a star quarterback after going 44-19-1 with the 49ers, winning the 2012 NFC championship.

Michigan was among the preseason favorites to win the Big Ten title, but the Wolverines have already lost two conference games to make a championship unlikely.

The 19th-ranked Wolverines (5-2, 3-2 Big Ten) can’t help their chances in the Big Ten race on Saturday night at home against No. 8 Notre Dame (5-1), but they can earn a measure of respect and perhaps improve their postseason positioning.