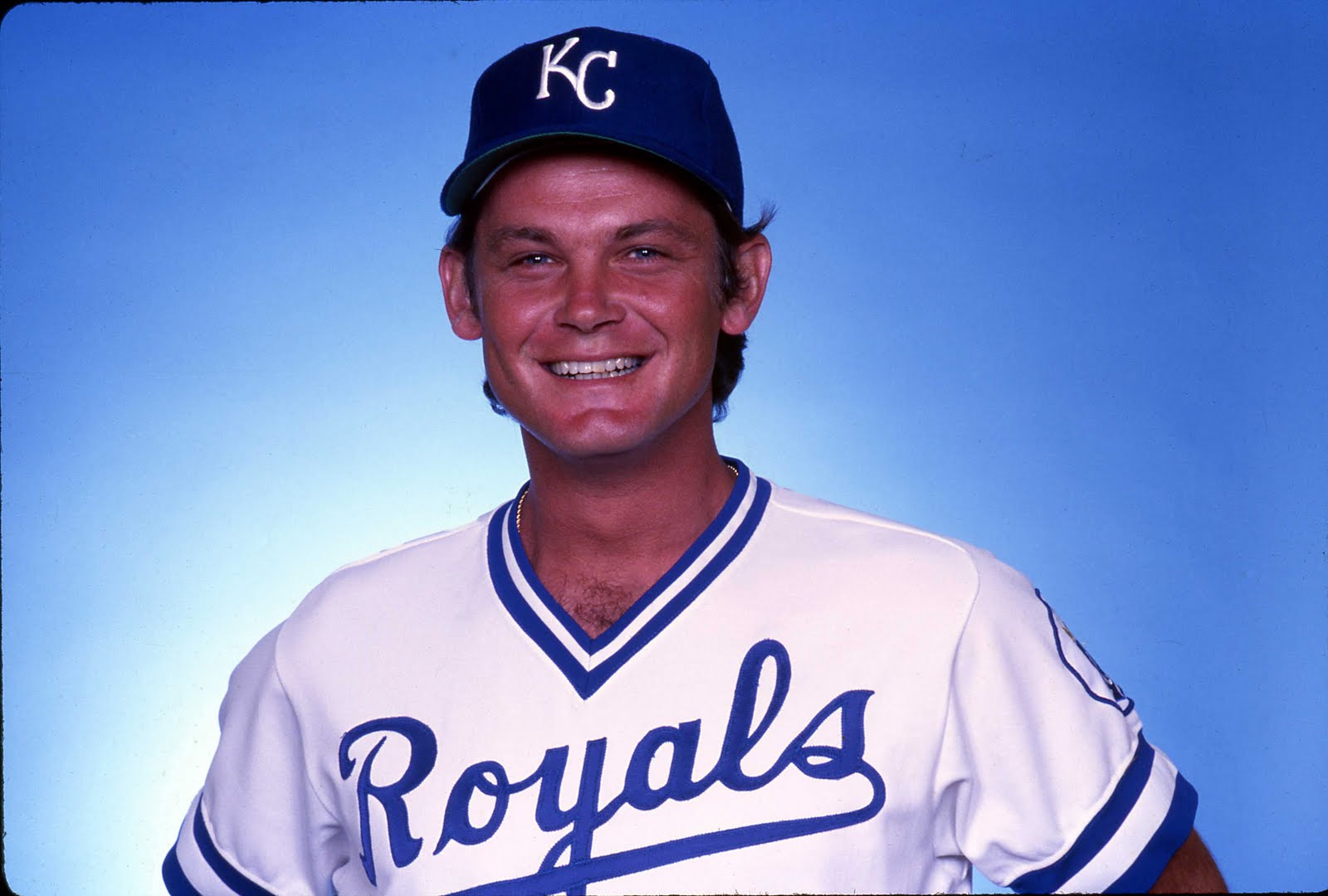 Rookie right-hander Steve Busby threw the first no-hitter in the history of the Kansas City Royals on this day in 1973 when the 23-year-old Californian blanked the Detroit Tigers 3-0 at Tiger Stadium.

The no-hitter by Busby, who entered the game with a record of 1-2 and a woeful 8.04 earned run average — allowing 26 hits and 14 earned runs in 15 2/3 innings in four previous mound appearances — was the American League’s first no-hitter since September of 1970 when Oakland’s Vida Blue hurled a hitless game against the Minnesota Twins.

The expansion Royals were in their fifth season in 1973.

Ironically, Busby had collaborated with Doug Bird to throw a no-hitter against the Tigers during spring training that same season. Busby, who played his entire major league career for the Royals while amassing a 70-54 record, worked six innings in the earlier contest.

In throwing the team’s first no-hitter in a regular season game, the 6-foot-2, 205-pound Busby allowed only two runners past first base while striking out four.

The Tigers, who grounded out ten times and hit into a couple of line drive double plays, managed only seven fly balls to the outfield that evening, all of which resulted in routine catches — and none close to the warning track.

It was the first time that the Detroit Tigers failed to get a hit in their home park since June 30, 1948, when Cleveland’s Bob Lemon tossed a no-hitter against them.

The brilliant April 27th performance by Busby, who later threw the second no-hitter in Kansas City Royals history — no hitting the Milwaukee Brewers on June 19, 1974 — briefly lifted the Royals into first-place in the American League West at 12-7, a half-game ahead of the Minnesota Twins.

The Royals finished 88-74 that season, six games behind the Oakland A’s.