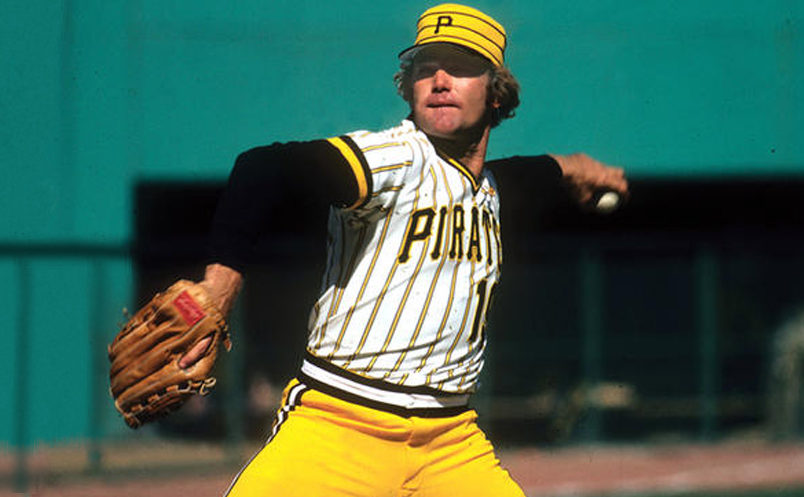 “If we lose this game, I’ll walk home,” said Pittsburgh Pirates announcer and former pitcher Jim Rooker moments after the Bucs scored ten runs in the top of the first inning against the Phillies at Veterans Stadium in Philadelphia thirty years ago this week.

Certain that the Pirates would snap a six-game losing streak that night, Rooker’s on-air comment turned into the longest walk of his baseball career.

But how was Rooker supposed to know that the Pirates would blow a ten-run lead?

After all, Pittsburgh’s ten-run explosion was the most runs scored by any major league team in a single inning that season. It was also the second biggest inning in Pirates history, exceeded only by an 11-run eruption against St. Louis on September 7, 1942.

Incredibly, the Phillies battled back that night on the strength of four homers, including one from each side of the plate by Steve Jeltz, who was doing his best Mickey Mantle impersonation, and a wild five-run outburst in the eighth, which almost included an inside-the-park home run when outfielder Barry Bonds tried to make a shoestring catch on a line drive hit by Kurt Ford, to overtake the Pirates 15-11.

It was a crazy game, to put it mildly.

“There must have been a full moon,” quipped Philadelphia’s John Kruk. “Everything was strange.”

It was Philadelphia’s second greatest comeback in franchise history, surpassed only by the time third baseman Mike Schmidt belted four consecutive home runs as the Phillies dug themselves out of a 12-1 hole to defeat the Chicago Cubs 18-16 in ten innings at Wrigley Field in the spring of 1976.

Rooker, of course, pretty much forgot about his on-air comment to broadcast partner John Sanders and flew home with the team, but later agreed to make the trek from Philadelphia to Pittsburgh when fans and listeners began questioning his off-the-cuff comment.

Making good on his promise, Rooker set out from Philadelphia on October 5, a few days after the season ended.

Twelve days, 337 miles and more than two dozen blisters later, the former Pirates pitcher completed the longest walk of his career when he painfully strolled into Three Rivers Stadium in Pittsburgh where he was greeted by his grandchildren and a phalanx of reporters.

“I feel great — from the ankles up,” cracked Rooker, who won 103 games while pitching in the majors for a dozen years, including seven with the Pirates. “From the ankles down, I feel like I’ve been stabbed with an icepick.”

Dubbed “Rook’s Unintentional Walk,” the Pirates broadcaster used the walk to raise money for the Bob Prince Charities and the Children’s Hospital of Pittsburgh.

“I’ll never do anything like this again,” sighed Rooker as he finally reached home plate in Three Rivers Stadium on October 17th. “Nothing I’ve done athletically compares to this. It’s worse than ten spring trainings.”

Pausing for a moment, he then added. “It could have been worse. I could have said it in Los Angeles.”