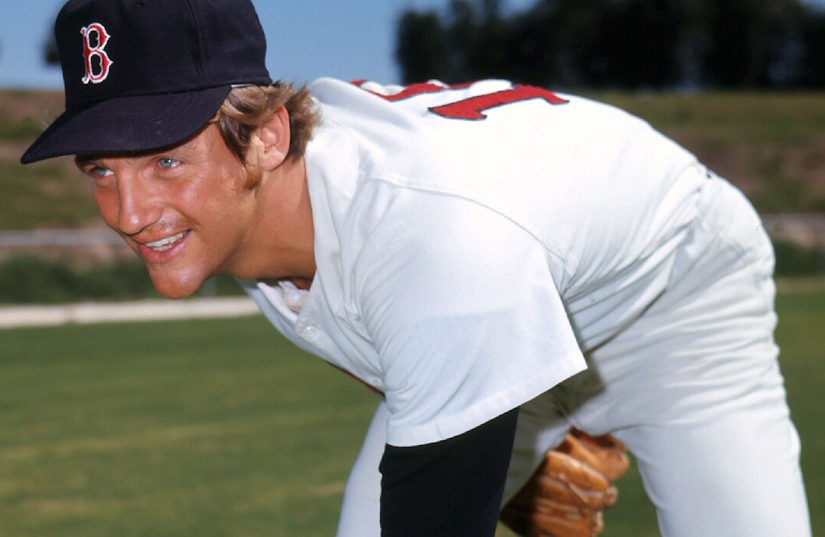 While most baseball fans were focused on “Hammering Hank” Aaron’s timeless chase of Babe Ruth’s all-time home run record that summer, left-hander Ken Brett set a major league record for a pitcher by hammering a home run in his fourth consecutive game as the Philadelphia Phillies routed the Montreal Expos 7-2 on this day in 1973.

Brett, who was robbed of a fifth home run at the outset of that remarkable streak when an umpire admittedly lost the young hurler’s shot in the sun — a blast that clearly sailed over the fence — and called a ground-rule double in a game against San Francisco, officially started his four-game streak with a home run against San Diego in a 4-1 victory against the Padres at Philadelphia’s Veterans Stadium on June 9th.

Brett’s second blast came four nights later when the 24-year-old southpaw hit a solo home run in a 16-3 rout of the Dodgers.

The third consecutive home run occurred on June 18th when Brett belted a two-run shot to help the Phillies overcome a 3-0 first-inning deficit and defeat the New York Mets, 9-6.

Brett’s record-setting home run in his fourth consecutive start was the seventh of his major league career. He had hit three earlier homers while playing for the Red Sox in the American League.

The four home runs he smashed during that amazing four-game stretch over a two-week period, moreover, accounted for forty percent of the ten home runs that the Brooklyn-born pitcher swatted during his fourteen seasons in the majors.

In fact, he didn’t hit a single home run the previous season while playing for the Milwaukee Brewers. One of the reasons, he quipped, was because “they don’t let you take a bat into the showers. That’s usually where I was by the fifth inning.”

Brett amassed a 7-12 record on the mound for Milwaukee that year.

Brett, the brother of Hall-of-Famer George Brett and one of four siblings who played professional baseball, was pretty modest about his home run achievement that summer.

“I have to say this, especially in lieu of the publicity it will probably cost me, but to tell you the honest truth, I ain’t this good,” he told reporters after belting his third home run in as many games.

“I enjoy hitting and am probably better at it than most pitchers, but no big deal,” continued Brett. “You should see the pitches I’ve been getting. High fastballs right over the plate. Pitchers, when they see the other pitcher coming up, they tend to relax. Lose concentration. Hey, I do it myself,” he said.

“Personally, I’d rather be known as a good pitcher than a good hitter,” he added. “By the way, I’ve won three games in a row. That’s what I’m getting paid for, you know.”

A pretty good hitting pitcher, Brett posted a 13-9 record — his first winning season in the majors — with an earned run average of 3.49 for the last-place Phillies in 1973, but was traded to the Pittsburgh Pirates for Dave Cash, one of the National League’s best fielding second basemen, shortly after the conclusion of that season.

It was third time he had been traded in October in as many seasons.

Brett, who posted a 22-14 mark with the Pirates over the next two seasons while occasionally being used as a pinch-hitter, walloped three more runs during his major-league career — all with the Bucs — while finishing with an impressive career batting average of .262.

Brett, who later managed in the minors and at the collegiate level and co-owned minor-league baseball and hockey teams, succumbed to brain cancer in 2003.