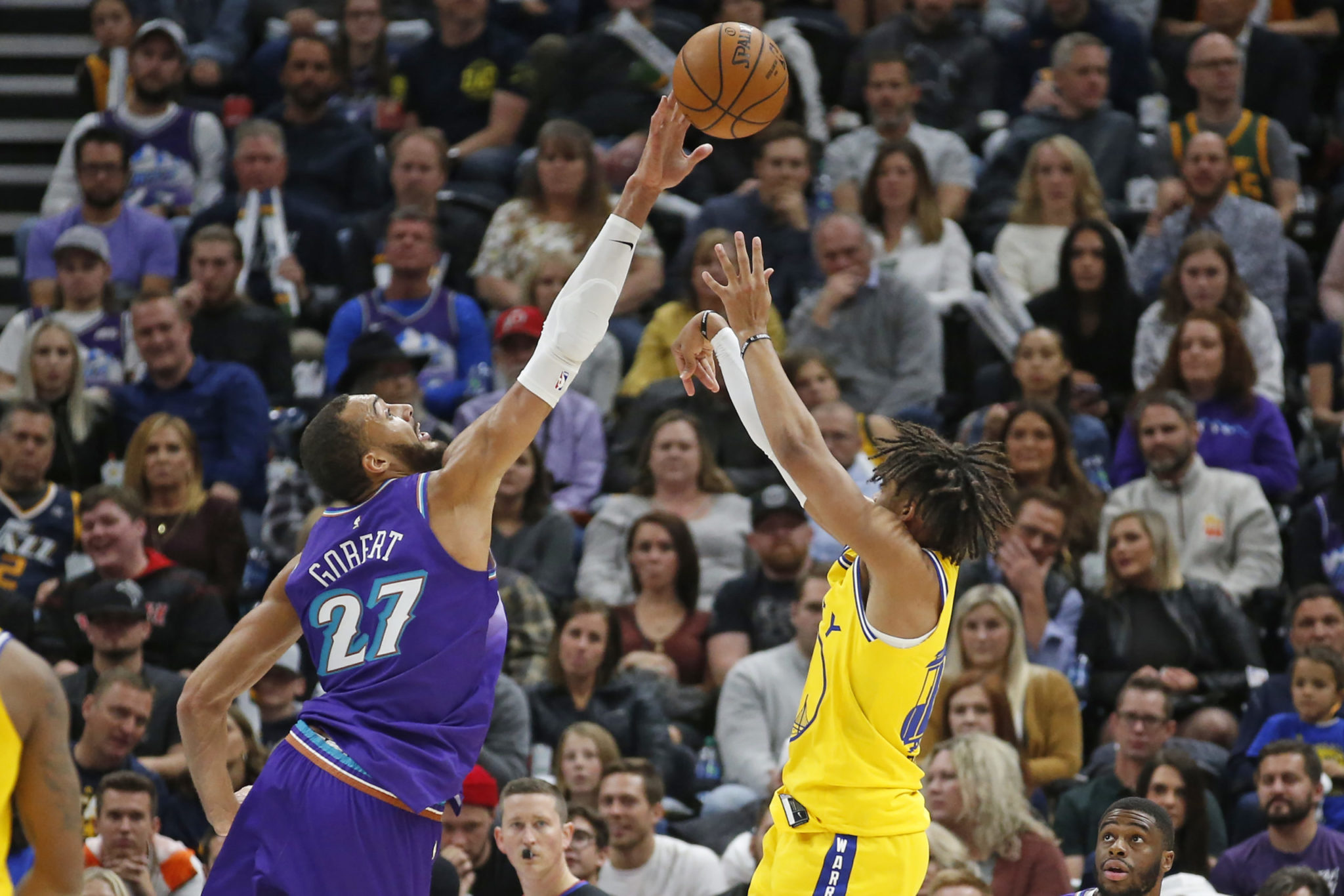 About 15 minutes after the game ended, the arena was evacuated because of a suspicious package. Most fans had already left the building when players, coaches and reporters were instructed to leave immediately.

Not long after both coaches finished answering postgame questions from the media, a spokesman for the Jazz told reporters to exit the building. Outside, they were instructed by security to leave the premises.

Utah players quickly headed for their cars in the parking lot — center Rudy Gobert was still in uniform as he left. Warriors players boarded their team bus.


Bojan Bogdanovic scored 17 points for the Jazz, and Gobert had 19 rebounds and seven blocks. Utah shot 51% from the field and outrebounded Golden State 48-37.

Golden State rallied from a 21-point deficit and cut it to 111-109 with 22.8 seconds left on back-to-back baskets from Burks and Robinson. Mitchell and Conley each hit a free throw in the final seconds to seal the victory for Utah.

Injuries left the short-handed Warriors with just eight available players. The Jazz took advantage of that limited depth early, connecting on 61% of their field goal attempts in the first half.

Golden State managed to hang with Utah during the first quarter. The Warriors twice took a one-point lead in the period. They went up 20-19 after Burks capped an 8-0 run with consecutive baskets and then claimed a 28-27 lead on a putback layup by Marquese Chriss.


A four-point play from Mitchell helped start a 22-6 run that gave the Jazz a 60-43 lead in the second quarter. Bogdanovic finished off the spurt with back-to-back baskets.

Golden State briefly cut the deficit to single digits in the third, trimming Utah’s lead to 69-60 on Eric Paschall’s dunk. Conley, Mitchell and Gobert each made a basket over three straight possessions to boost Utah’s lead to 76-60.

After the Jazz took a 100-80 lead on a 3-pointer from Emmanuel Mudiay early in the fourth quarter, the Warriors used a 21-6 run to cut the deficit to single digits again. Willie Cauley-Stein dunked the ball for his first basket to finish off the spurt and cut Utah’s lead to 106-101 with 2:19 left.