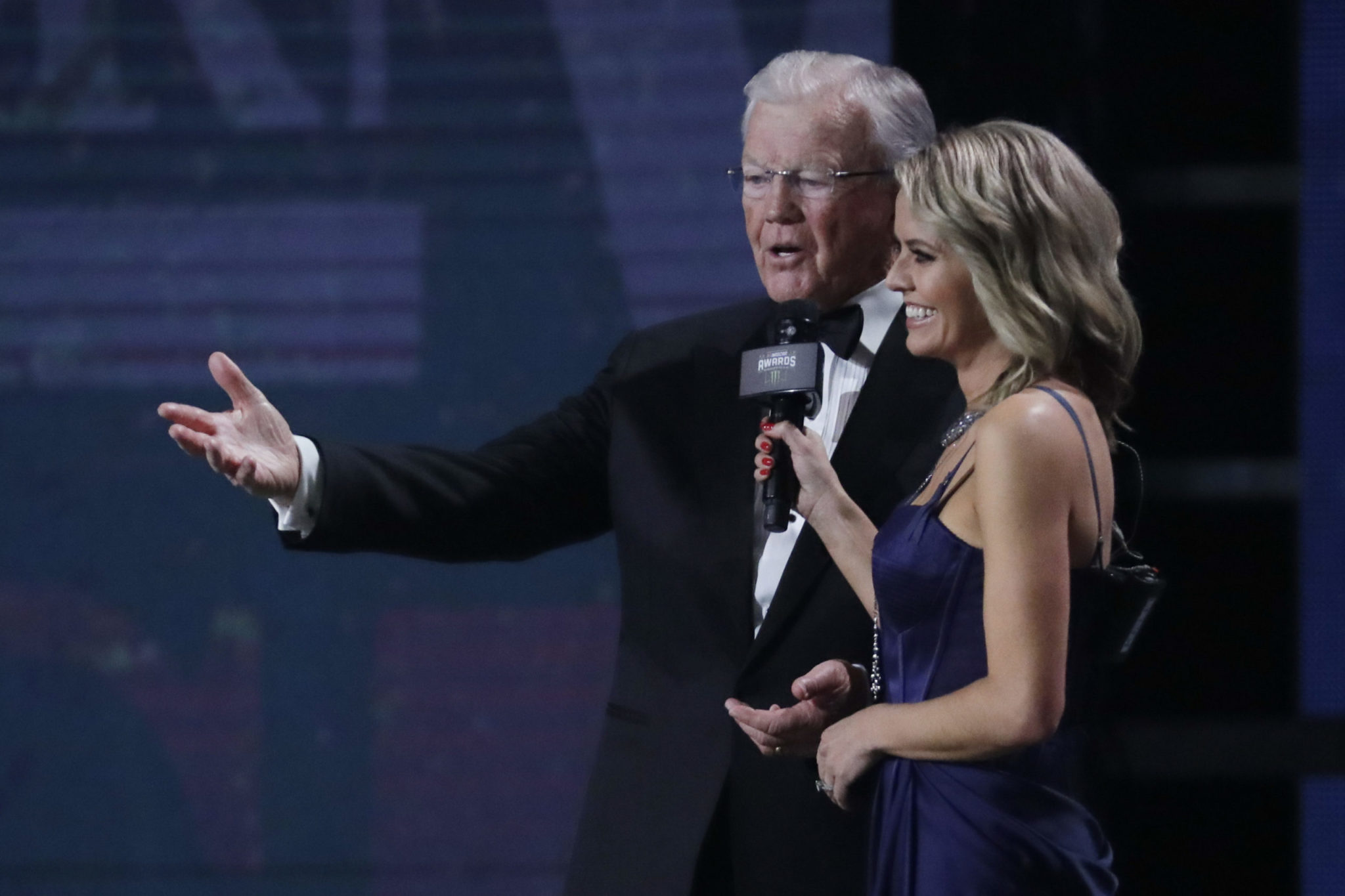 Joe Gibbs was honored with the Bill France Award of Excellence, capping a year in which he was elected to NASCAR’s Hall of Fame, won his fifth Cup championship as a car owner and thoroughly dominated the competition.

Gibbs was surprised with the honor, given at the start of Thursday night’s season-ending awards ceremony.

“Our family, we just appreciate everything about this sport,” Gibbs said. “We were worried about coming into NASCAR, and we were welcomed in. It’s a thrill for us.”

The award named for NASCAR’s late founder is not given every year. Dale Earnhardt Jr. was the last recipient in 2017 and it was not awarded last year. There have been only 26 winners since the award began in 1965. Gibbs received the award from Ben Kennedy, the great-grandson of its namesake.


Gibbs drivers won 19 of 36 races this season including last month’s championship-clinching win by Kyle Busch. Gibbs had three drivers in the four-driver finale and it was Busch who emerged the victor for his second career Cup title.

This season was dedicated to Gibbs’ oldest son, J.D., who died in January at age 49 from complications of a long battle with a degenerative neurological disease. A month later, Denny Hamlin led a 1-2-3 Gibbs sweep at the Daytona 500.

Gibbs, who turned 79 late last month, was a three-time Super Bowl champion coach for the Washington Redskins, a team he quit twice, each time surrendering the high-profile job to devote more time to his family and NASCAR.

Gibbs’ sons, J.D. and Coy, followed him into JGR, and it was J.D. who discovered Hamlin at a late-model test at Hickory Motor Speedway in North Carolina in the early 2000s.

J.D. Gibbs played defensive back and quarterback at William & Mary (1987-90) while his father coached the Redskins. He transitioned into NASCAR and the family business when the elder Gibbs launched his NASCAR team in 1992. J.D. Gibbs was eventually co-chairman of JGR after starting with with the organization as a part-time driver and over-the-wall crew member.

He even made 13 NASCAR national series starts between 1998 and 2002. He stepped away from JGR in 2015 when it was announced he was suffering from “conditions related to brain function.”