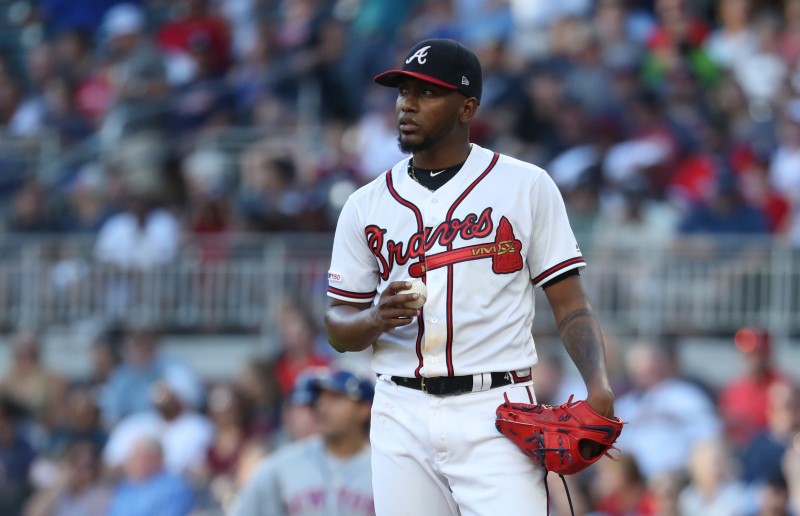 Free-agent pitcher Julio Teheran has agreed to a one-year contract worth $9 million with the Los Angeles Angels, ESPN reported Thursday, citing a source.

Teheran, 28, went the free agent route after the Atlanta Braves declined a $12 million club option for 2020 earlier this offseason.

The right-handed starting pitcher compiled a 10-11 record with a 3.81 ERA and 162 strikeouts in 174 2/3 innings over 33 starts in 2019 for the Braves, and was the loser of Game 4 of the National League Division Series against the St. Louis Cardinals. He ranked third in the NL with 83 walks during the regular season.


Teheran, a two-time All-Star selection, played seven seasons and parts of two others for the Braves, compiling a 77-73 career record with a 3.67 ERA in 229 games (226 starts), and was their Opening Day starter for six straight seasons.

He also proved to be durable, pitching more than 174 innings over each of the past seven seasons (222 starts) and compiling a 3.64 ERA during that time.

Along with Teheran, the Angels have added right-hander Dylan Bundy after acquiring him in an offseason trade with the Baltimore Orioles.