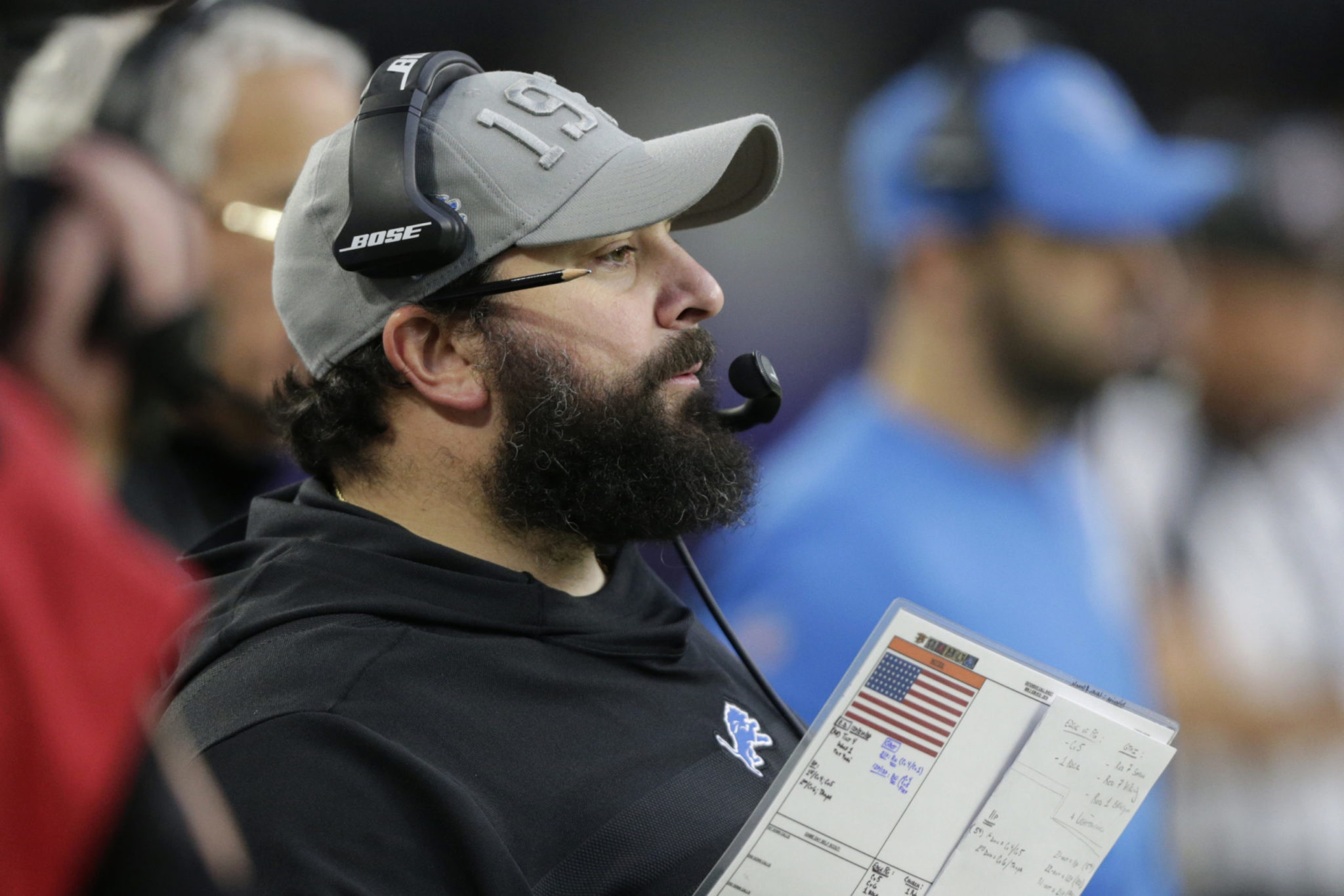 The Detroit Lions are sticking with their leaders in the front office and on the field, hoping continuity helps the franchise have success that has been elusive for several decades.

The Lions announced general manager Bob Quinn and coach Matt Patricia will be retained for the 2020 season and suddenly ended speculation about their plans with them.

“I’m always appreciative when things like this come out,” Patricia acknowledged Tuesday.

The decisions to keep Quinn and Patricia was made on a day off for players, but it didn’t take them long to hear the news.


“It’s good for them that they’ll have another year to prove what they’re all about,” Lions offensive guard Graham Glasgow said in a telephone interview with The Associated Press. “The amount of people who got hurt this year didn’t help our cause.”

Most significantly, the Lions have been without injured quarterback Matthew Stafford for six games and they won’t have him back until next season.

Detroit put Stafford on injured reserve with back and hip injuries, ending his and the team’s hopes for a comeback this season.

“I have the utmost respect for Matthew and his efforts to try to do everything he could to get back and play,” Patricia said. “Certainly, we had a schedule that we were trying to follow from the advice of our doctors and the medical people that look at everything. Just at this point it looks like it’d really be in the best interest for him, and us obviously as an organization right now, to give him that opportunity to rest and to heal.”

Stafford will be back next season as Quinn and Patricia get another shot to lead.

Detroit hired both away from New England in hopes of replicating the Patriots’ formula for success. It simply has not worked out yet for the Lions, who have one postseason victory since winning the 1957 NFL title with a series of general managers and coaches who could not get the job done.


Quinn was hired in 2016 and Detroit was 9-7 in the regular season for two straight years under Jim Caldwell. Quinn fired Caldwell and hired Patricia after the 2017 season because he wanted a coach who could take the team to another level.

Patricia has done that, but the direction has been down. The first-time head coach is 9-20-1 over nearly two seasons.

“I think we’ve seen some strides that we’ve made with the team this year,” Patricia insisted. “But we obviously need to build and improve upon that going forward.”

Stafford’s injury stunted the team’s chance to compete for a spot in the playoffs and ended what was one of the best seasons of his 11-year career.

He had a career-high 106 passer rating and threw for 312.4 yards per game to to trail his average from only the 2011 season. Stafford completed 64.3% of his passes with 19 touchdowns and just five interceptions over eight games.


With third-string quarterback David Blough, Detroit closes the season at Denver (5-9) and against NFC North-leading Green Bay at home.

The Lions will wrap up the season playing only for pride and desperately want to have more at stake at this time next year.