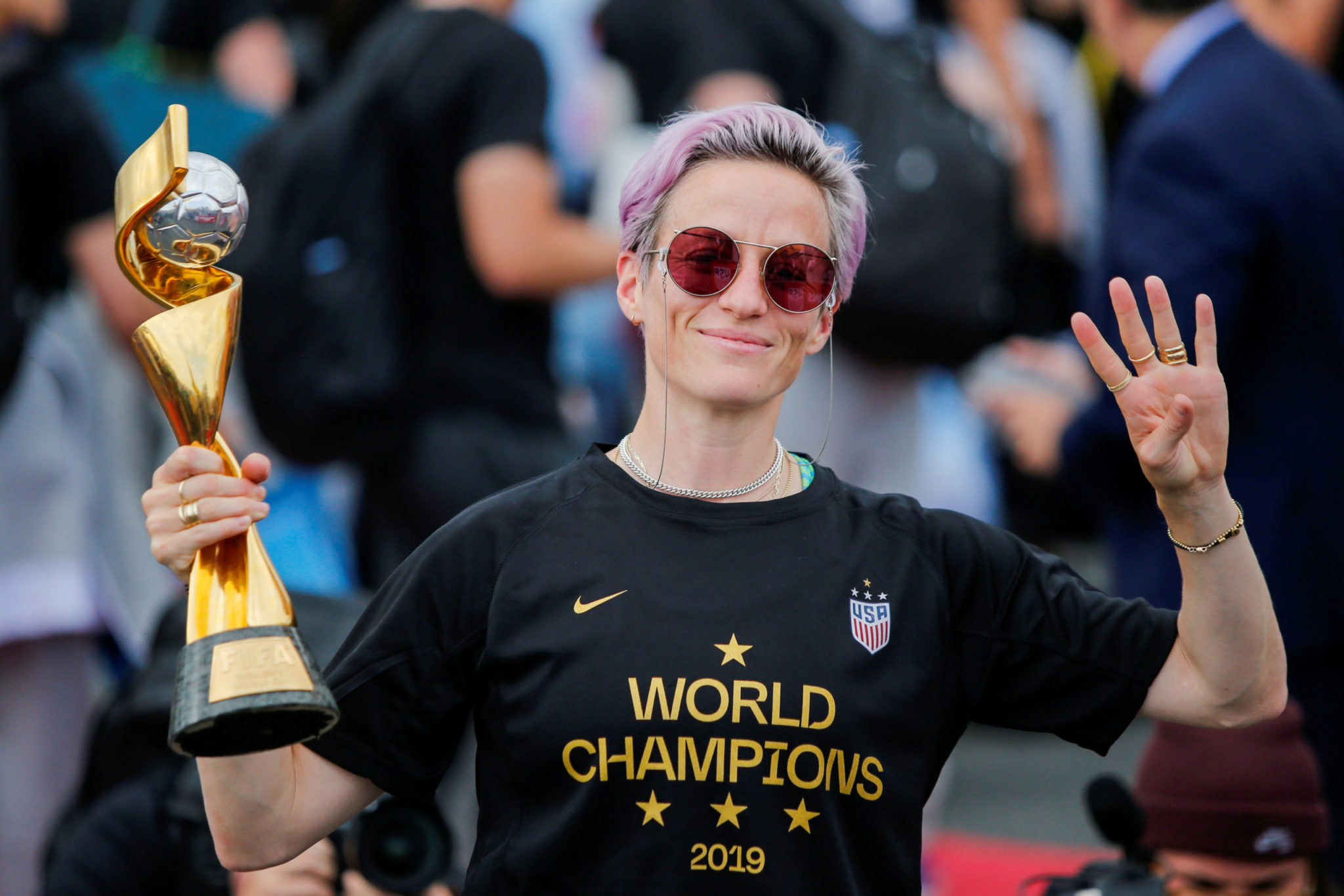 Rapinoe has been a vocal critic of U.S. President Donald Trump and famously declared that the team wouldn’t “go to the (expletive) White House,” prior to the squad winning their second successive world title earlier this year.

“I truly believe the best things in life are a result of being bold and being real,” the 34-year-old wrote on Twitter on Friday, with a video of her speaking to the Massachusetts senator.

“I’m proud to endorse Elizabeth Warren today, for being bold, for being real, for listening to ALL of us, and for being prepared to navigate the unique challenges we face today as a country.”


While athletes frequently endorse candidates in presidential election years, Rapinoe has emerged as a particularly vocal and prominent figure on social and political issues.

Democratic politicians heaped praised on the U.S. women’s national soccer team this year as they defended their World Cup crown in France amid a high-profile lawsuit against their governing body for gender discrimination.

Rapinoe, who won the World Cup Golden Boot and Golden Ball, as well as the Ballon d’Or, claimed Sports Illustrated’s Sportsperson of the Year prize on Monday, where she told Reuters she was enthusiastic about hitting the campaign trail in 2020.

“Get me on the bus, get me on one of those planes,” Rapinoe said. “I want to rile people up! Something about me is motivating people to do something, or people are interested.

“If I’ve got to knock on doors to get people to vote, I’m down.”

Rapinoe will next take to the field with her U.S. team mates in the 2020 Olympic qualifiers starting in January.