Pitching: Harper lobbies for Trout to join him in Philly 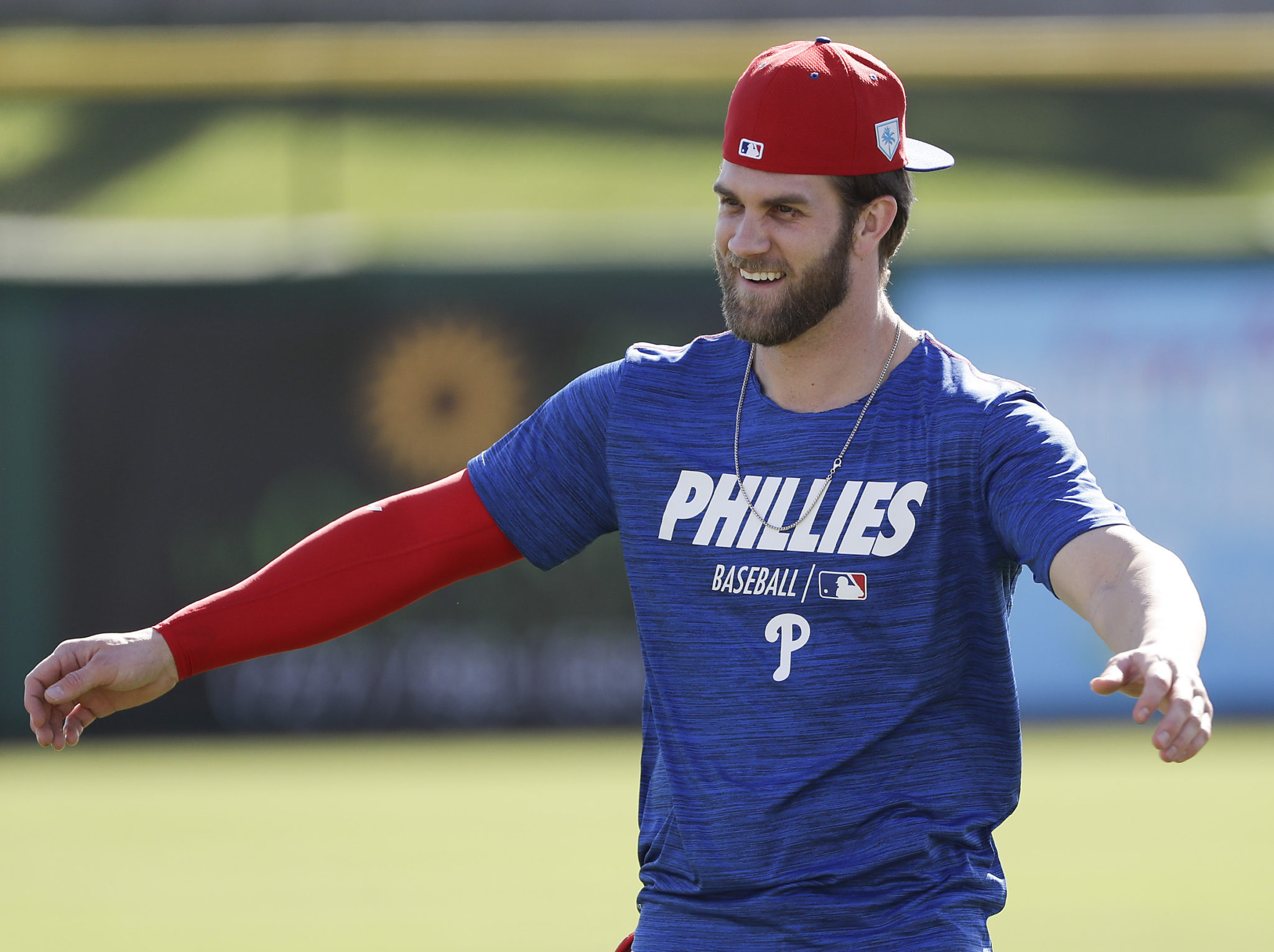 The new Phillies slugger has again lobbied for superstar Mike Trout to join the franchise in 2021, a possible violation of Major League Baseball’s tampering rule.

Trout, a two-time AL MVP with the Los Angeles Angels, grew up near Philadelphia, attended the Phillies victory parade in 2008 as a 17-year-old and has season tickets for the Eagles. The 27-year-old outfielder is set to become a free agent after the 2020 season.

The Phillies gave Harper a 13-year contract last week, the largest deal in baseball history at $330 million. Harper told team owner John Middleton he’s willing to help the team recruit free agents and sell them on playing for a winner in Philadelphia.

Fishing for Trout, sort of.

“For me, I can be able to talk to Trout, or whoever it is, big-name free agent or whoever wants to come to Philly or is thinking about coming to Philly, I can say ‘Hey, this is the place to be. This is where the fans are great, ownership understands it, our manager is awesome,'” Harper said. “I can really put that faith in myself in being able to say we are able to go about it the right way, we are the Philadelphia Phillies and we want whoever wants to come to Philly.”

“If you don’t want to come to Philly, then don’t come. Don’t be part of it. But if you want to come be part of a winning team and a winning culture, then we are going to need the best players to do that. I don’t think John is scared to go out and get the best guys we need to have,” he said.

Harper made his first pitch for Trout on Saturday at his introductory press conference in Clearwater.

“I’m making $26 (million) a year. That’s going to be able to bring some other guys in as well to build up this organization,” the 26-year-old outfielder said. “There’s another guy in about two years that comes off the books. We’ll see what happens with that.”

Harper could make his debut in a spring training game for the Phillies this weekend. Trout homered Tuesday in an exhibition for the Angels against the Cubs.

“We are aware of the situation and have been in contact with both clubs,” MLB said in a statement Wednesday.

Rule 3(k) says: “To preserve discipline and competition, and to prevent the enticement of players, coaches, managers and umpires, there shall be no negotiations or dealings respecting employment, either present or prospective, between any player, coach or manager and any Major or Minor League Club other than the Club with which the player is under contract.”

VIDEO: This might be one of the craziest kick returns ever