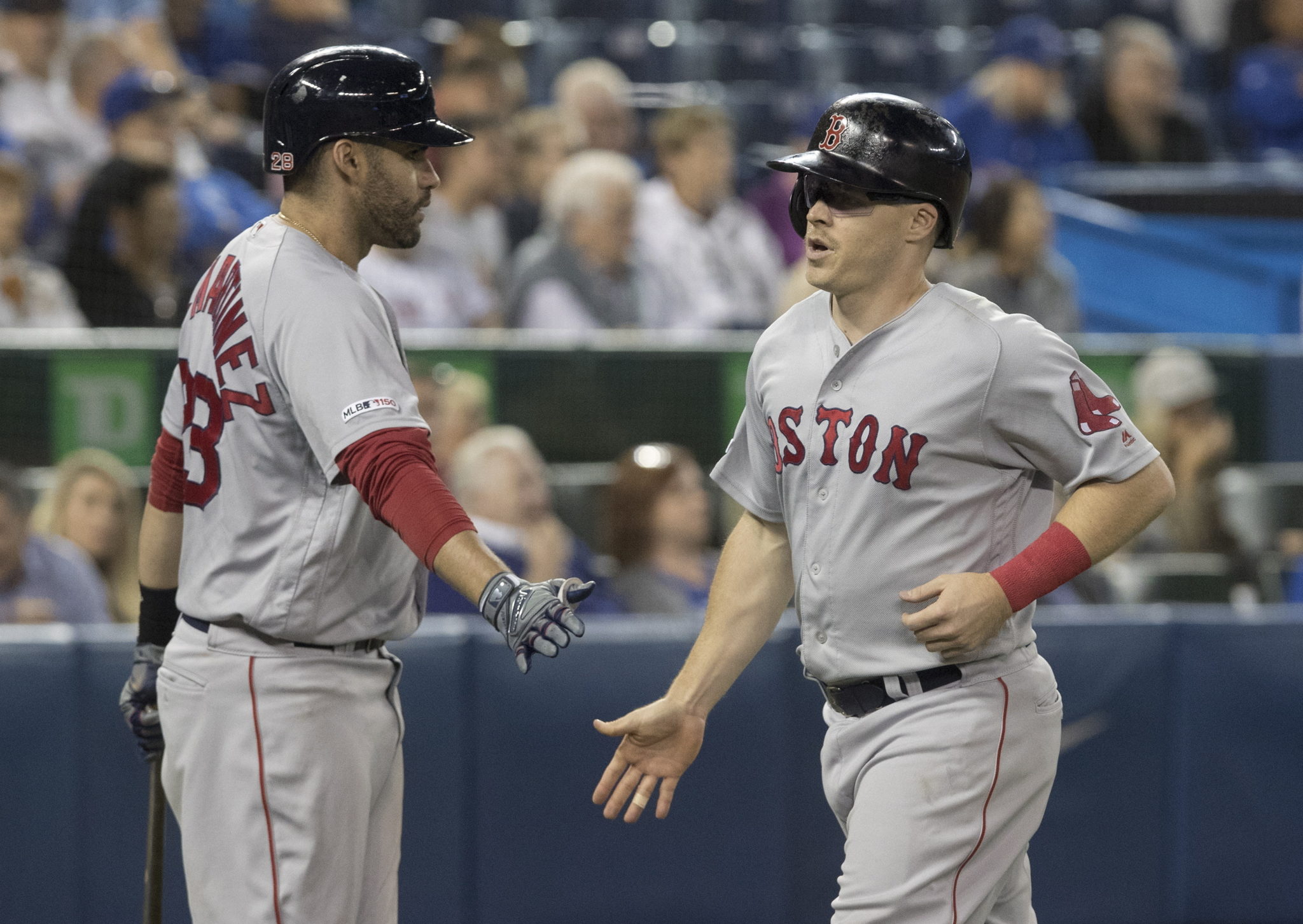 J.D. Martinez reached base three times as the Red Sox won for the first time in six games.

One night after their 159-game streak with at least one extra-base hit was snapped in an 8-0, two-hit defeat, the Red Sox racked up four doubles and 12 total hits.

Left-hander Josh Taylor (2-2), one of nine Red Sox pitchers, worked one inning for the win. Brandon Workman got the final four outs for his 12th save in 18 opportunities.

Toronto made three errors, two of them by outfielders, and endured several misplays on a sloppy night. Left fielder Derek Fisher made a two-base error on Mookie Betts’ single in the ninth.

Bogaerts doubled off Buchholz in the third, joining Rafael Devers as the only pair of Red Sox teammates with 50 in the same season.

Devers, who got the day off Thursday, needs one more home run to make Boston the first team ever to have two players with 30 homers and 50 doubles.


Bogaerts and Alex Rodriguez (1996) are the only shortstops in major league history to record 30 home runs and 50 doubles in a single season.

Hernandez opened the scoring with a two-out, two-run double in the second. Martinez doubled home Bogaerts in the third, and Juan Centeno hit an RBI single in the fourth.

Brock Holt and Bogaerts made it 6-2 with RBI singles off right-hander Jordan Romano in the seventh.

Workman came on after Matt Barnes issued a bases-loaded walk to Fisher in the eighth and got Bo Bichette to fly out.

Biggio had three of Toronto’s seven hits and reached base four times.

Blue Jays: Toronto activated RHP Elvis Luciano (right elbow) from the 60-day injured list. Luciano, 19, became the first big leaguer born in the 2000s to appear in a game when he debuted against Detroit on March 31. Luciano has been out since June 12.

To make room for Luciano on the 40-man roster, the Blue Jays released left-hander Clayton Richard. The move came on Richard’s 36th birthday. Richard went 1-5 with a 5.96 ERA in 10 starts.

Red Sox: Boston is off Friday. LHP Eduardo Rodriguez (17-6, 3.73) starts Saturday in the opener of a two-game series at Philadelphia. Rodriguez lost to the Yankees Monday, snapping a four-start winning streak. RHP Aaron Nola (12-5, 3.70) starts for the Phillies.