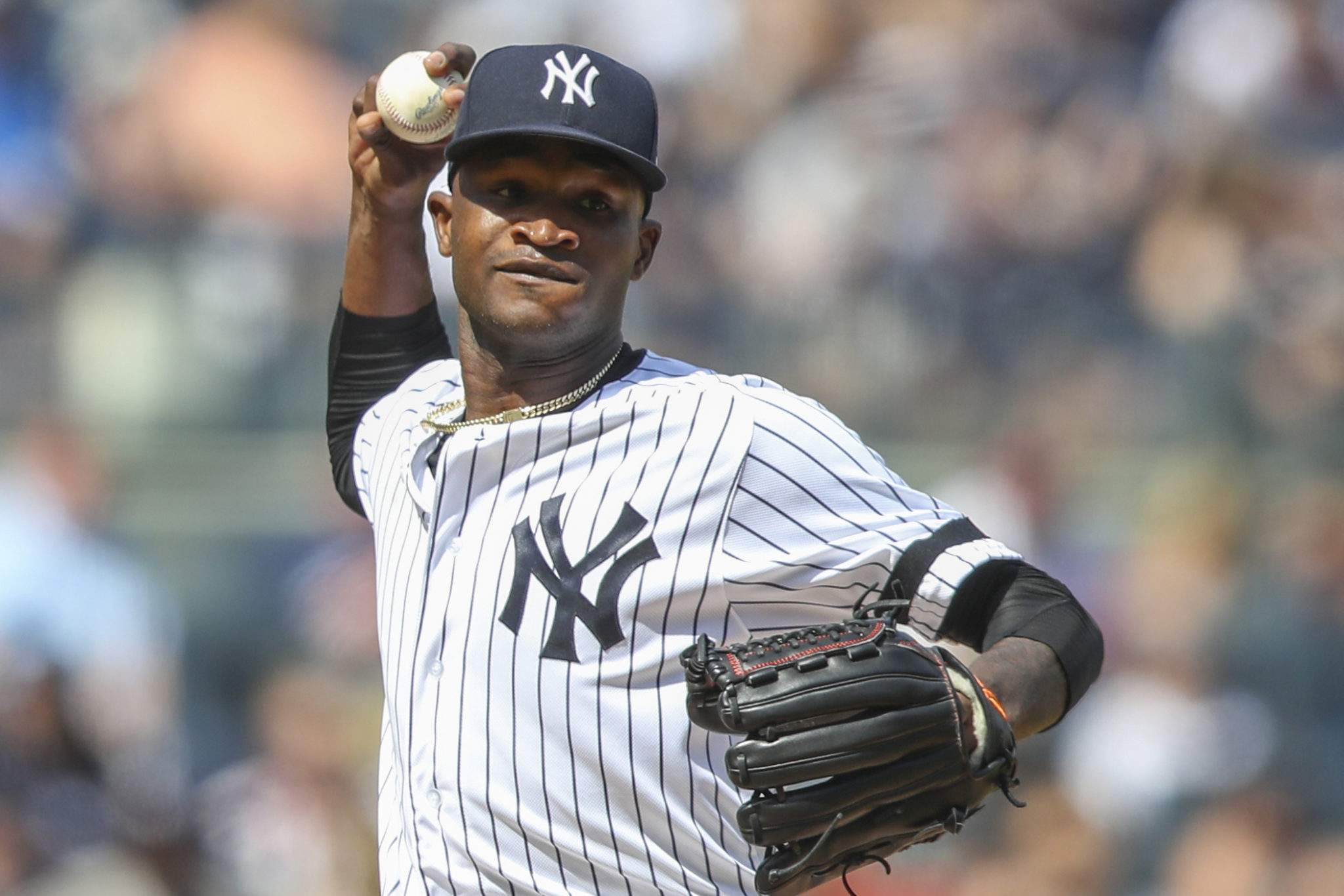 Major League Baseball announced Thursday that New York Yankees right-hander Domingo German has been placed on administrative leave under the joint domestic violence policy between the league and the MLB Players Association.

The leave, which can last up to seven days, is the first step while domestic violence allegations are investigated. An extension to the leave is possible after an initial investigation.

Details of the alleged incident are not known.

While the league had no further comment on the matter, the Yankees issues a statement Thursday in full support of MLB’s decision.


“We fully support all measures being undertaken by the Commissioner’s Office pursuant to the Policy on Domestic Violence,” the team statement read. “We support this policy which reinforces that domestic violence has no place in our society and cannot be tolerated. We have followed the lead of Major League Baseball and will continue to provide our complete cooperation throughout the investigative process.

“We reserve any further comment until the investigation reaches its conclusion. All questions pertaining to this matter should be directed to the Office of the Commissioner.”

German, 27, has been a key to the Yankees’ strong season despite their exorbitant amount of injuries. New York entered play Thursday with a 99-54 record, second-best in baseball and one game behind the Houston Astros.

Right-hander Michael King, 24, a four-year minor leaguer who has never appeared in the majors, will be added to the active roster. In 10 appearances (nine starts) at the Triple-A level the past two seasons, King is 7-1 with a 2.30 ERA.

The Yankees have a magic number of one for clinching their first American League East title since 2012.