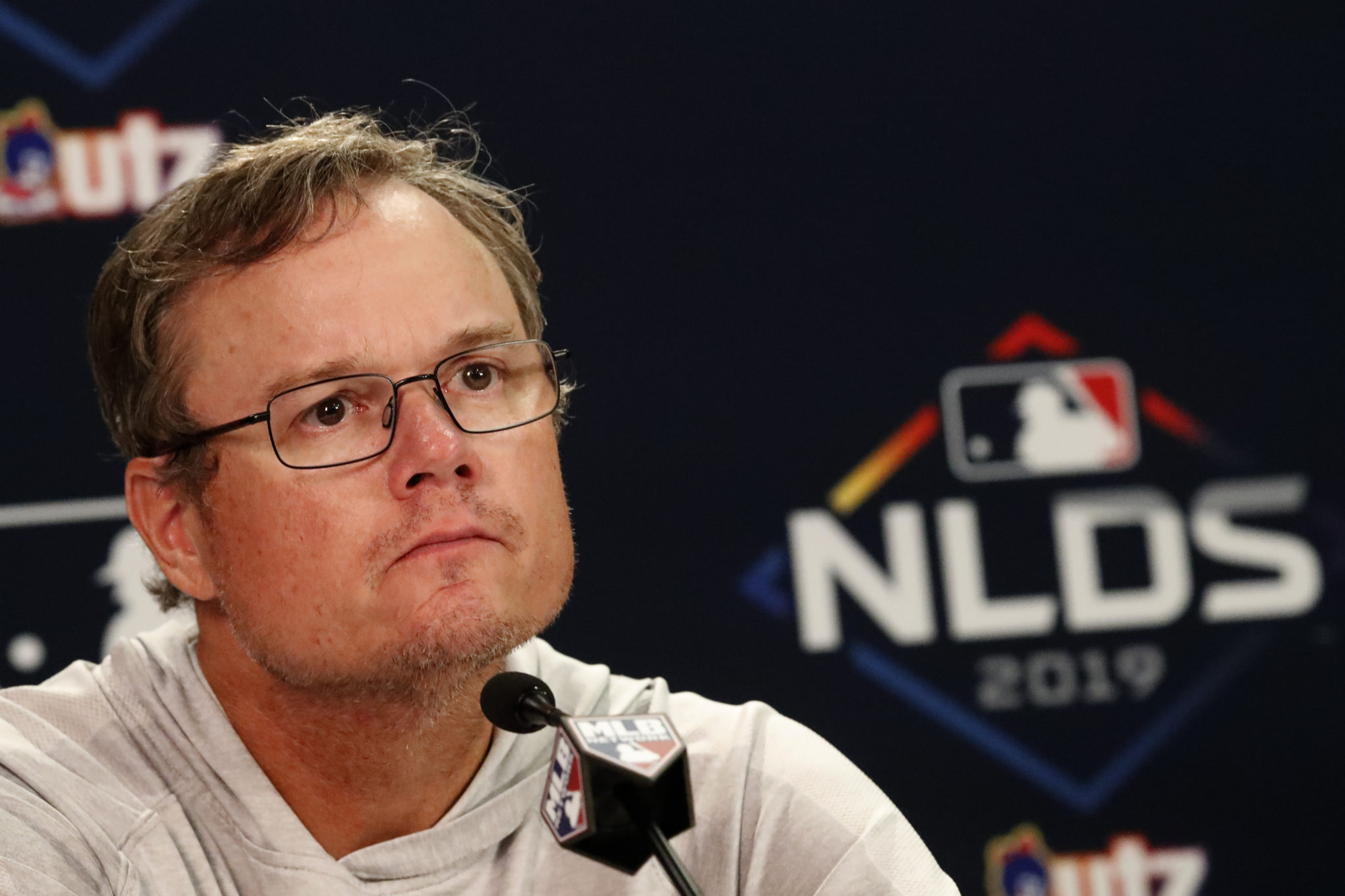 A curse-filled clubhouse victory speech by St. Louis Cardinals manager Mike Shildt that went viral after a player posted it on social media showed a different side to the usually mild-mannered skipper — and while he was sorry Thursday that his colorful language got leaked, he did not feel bad about the gist of his message.

“It’s regretful that that was able to get out,” Shildt said, speaking to reporters a day before the NL Central champion Cardinals host the wild-card Washington Nationals for Game 1 of the best-of-seven NL Championship Series. “I will not apologize for having passion about how I feel about our team and the accomplishments of our team.”

Shildt called the clubhouse “a sanctuary that is very sacred” and said the pep talk to his players after they beat the Atlanta Braves 13-1 on Wednesday to win their NL Division Series “should have been private.”

But the bleepable rant — “That’s how we roll” was just about the lone phrase suitable for publication — was shown to the world by Randy Arozarena, a rookie outfielder for St. Louis who had three at-bats in the NLDS.


“As far as Randy goes,” Shildt said Thursday, “I completely give Randy grace. He was just excited. He’s a great kid with a great heart.”

“Everybody in that clubhouse knows how much he cares for them,” Wieters said.

Miles Mikolas, the Cardinals right-hander who will start Friday night against Nationals righty Aníbal Sánchez, spoke about how Shildt’s words could help his club.

“When you see your manager getting that excited and that fired up, it feeds into what everyone else is doing,” Mikolas said. “It’s hard not to get amped up when you got the guy who is kind of leading your team getting super amped up. It’s contagious.”

Mikolas, an All-Star in 2018, went 9-4 with a 4.16 ERA this season. He appeared in two games of the NLDS against the Braves, allowing one run in six innings, once as a starter and once in relief. Sánchez, less heralded than rotation mates Max Scherzer, Stephen Strasburg or Patrick Corbin, was 11-8 with a 3.85 ERA in 2019, then gave up one run in five innings in his lone appearance of the NLDS against the Los Angeles Dodgers.

Nationals manager Dave Martinez said he had not yet decided how he would line up the rest of his starting staff after Sánchez.

Shildt said Adam Wainwright will start Game 2, followed by Jack Flaherty, then Dakota Hudson, who will be available out of the bullpen at the beginning of the series.