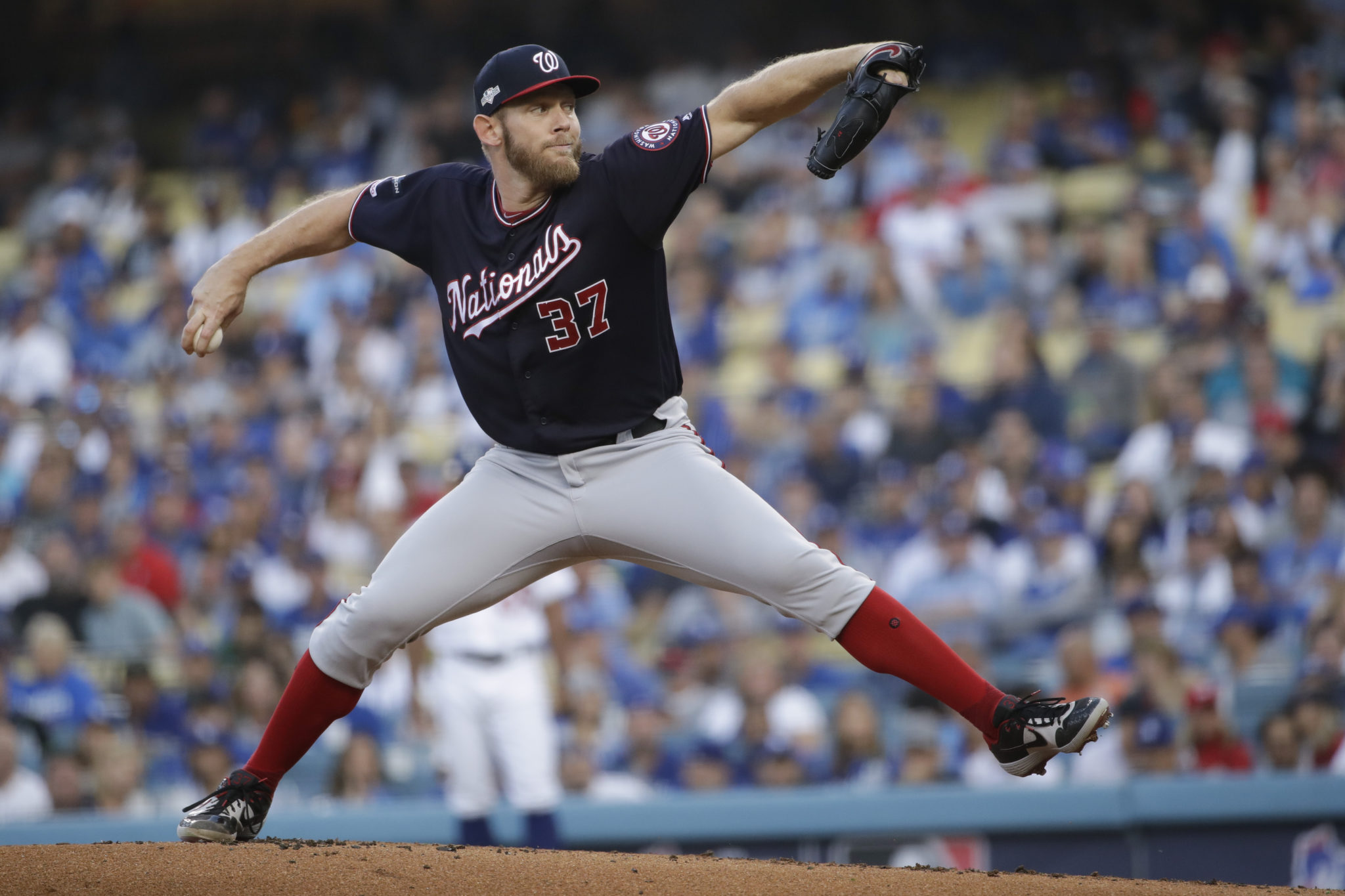 A look at what’s happening around the majors Monday:

Stephen Strasburg and the Washington Nationals try to move within a win of the World Series. They lead St. Louis 2-0 in the NL Championship Series after dominant starts by Max Scherzer and Aníbal Sánchez — the Cardinals totaled just four hits in their two losses at Busch Stadium and are batting .070 in the best-of-seven matchup.

Strasburg faces Cardinals star Jack Flaherty as the series shifts to Nationals Park. Strasburg has a 1.32 ERA in six postseason games, five of them starts. He’s 2-0 in the playoffs this fall.

Cardinals manager Mike Shildt wouldn’t reveal his lineup a day before Game 3. It’s possible he makes a tweak, but after analytics showed his hitters aren’t chasing the ball out of the strike zone at a higher rate, St. Louis is ready to stay the course without major changes.

Teams that have taken a 2-0 lead on the road in a best-of-seven series have gone on to win 88% of the time in MLB history.

Yankees slugger Giancarlo Stanton is trying to heal up a strained right quad that kept him out of the starting lineup for Game 2 of the AL Championship Series in Houston. The teams don’t play again until Tuesday in the Bronx, and manager Aaron Boone was hopeful Stanton could recover in time to start Game 3.

Stanton was injured running out an infield single in the second inning of Game 1 but remained in the game and homered off Zack Greinke in a 7-0 victory. Cameron Maybin was set to play left field and bat seventh in place of the 2017 NL MVP.

If Stanton misses more time, switch-hitting center fielder Aaron Hicks could also crack the lineup. The Yankees have good incentive to be patient with Stanton. If he’s removed from the active roster with an injury, he’d be ineligible should New York make the World Series.

The Nationals remain uncertain about the status of outfielder Victor Robles as he returns from a strained right hamstring. The 22-year-old Robles hasn’t played since injuring himself in Game 2 of the NL Division Series against the Dodgers. Manager Dave Martinez said Robles planned to run and get treatment Sunday, then would take batting practice and do more running prior to Game 3 to determine if he could play.

“I’m not going to anticipate anything until he comes in tomorrow, but he’s progressing,” Martinez said. “And hopefully he’ll be ready.”