Rendon made sure when Nats were down, they were never out 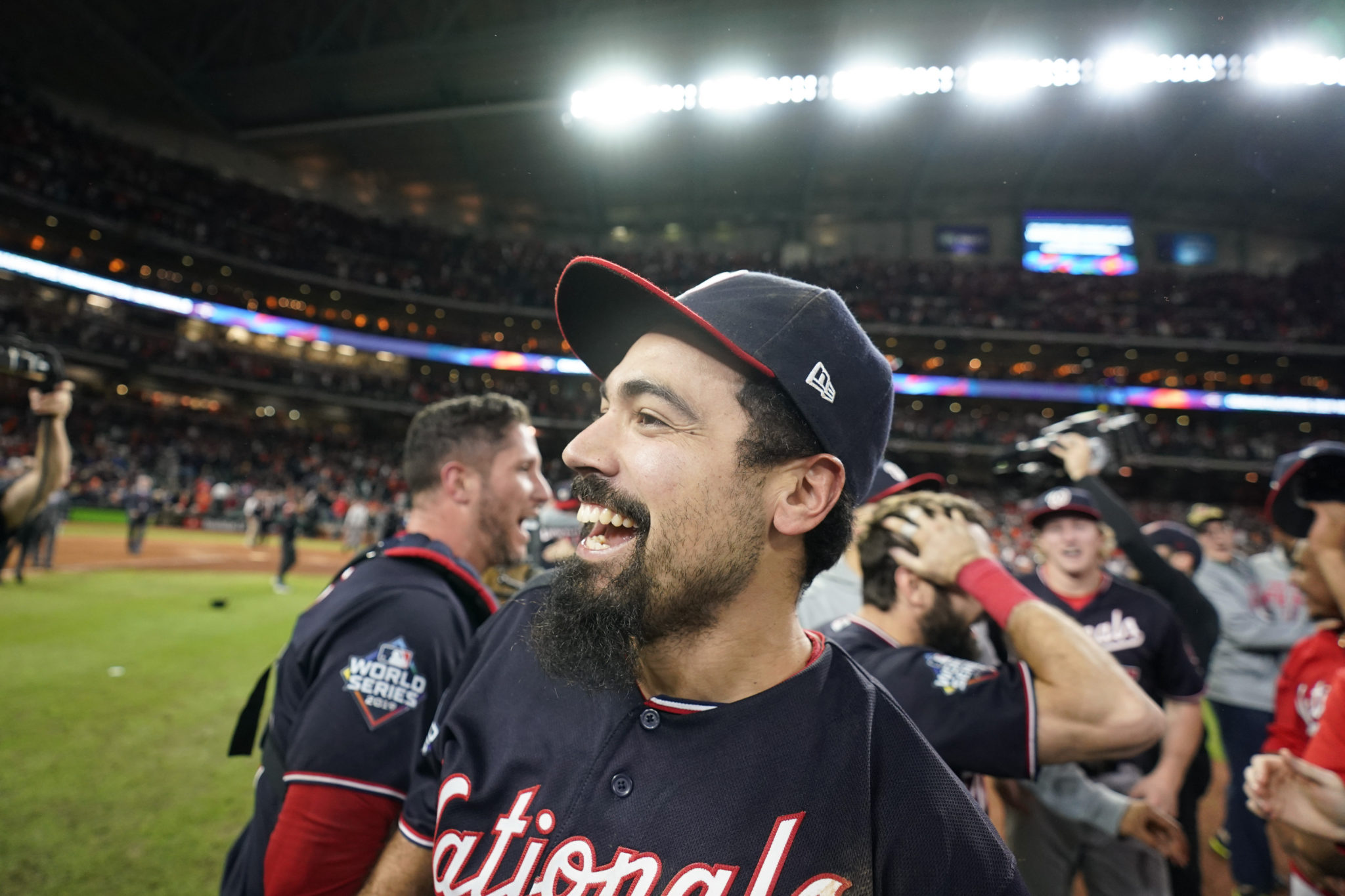 When the Washington Nationals were down, Anthony Rendon made sure they were never out. Just like Mr. Clutch has all October.

Houston’s Zack Greinke was cruising with a one-hit shutout and a 2-0 lead in Game 7 of the World Series on Wednesday night.

It would be glib to say that’s exactly where Rendon and the Nats wanted to be, but the way the Nationals’ season turned out, why not?

“We had nothing else to lose,” Rendon said.

Rendon stroked a changeup into the left-field Crawford Boxes for a solo home run with one out in the seventh inning, and Washington started its fifth, final and most famous comeback in an elimination game this year, a 6-2 victory for its first title in the franchise’s 51 seasons.


“He had kept us all balance for the first six innings,” Rendon said. “Just happened to get a ball over the plate in the air.”

Rendon, a free-agent-to-be playing perhaps his final games for Washington, hit .276 (8 for 29) in the Series with two homers and eight RBIs.

He hit when it mattered most: Rendon had three homers, three doubles and a walk from the sixth inning on in the Nationals’ five elimination games.

Washington trailed Milwaukee 3-1 in the eighth inning of the wild card game when he walked and scored the go-ahead run as Juan Soto singled.

With the Nats trailing 3-0 in Game 5 of the Division Series, he doubled against the Los Angeles Dodgers’ Walker Buehler leading off the sixth inning, homered off Clayton Kershaw leading off the eighth, then doubled again and scored on Howie Kendrick’s 10th-inning grand slam.

Rendon’s two-run homer off Will Harris extended the Nationals’ lead to 5-2 in the seventh inning of Game 6, and Rendon added a two-run double in the ninth off Chris Devenski, capping a five-RBI night.

His home run against Greinke made Rendon the first player to homer in three straight games when his team was facing elimination, according to STATS.