Waiting Game: Nationals get 6 days off before World Series 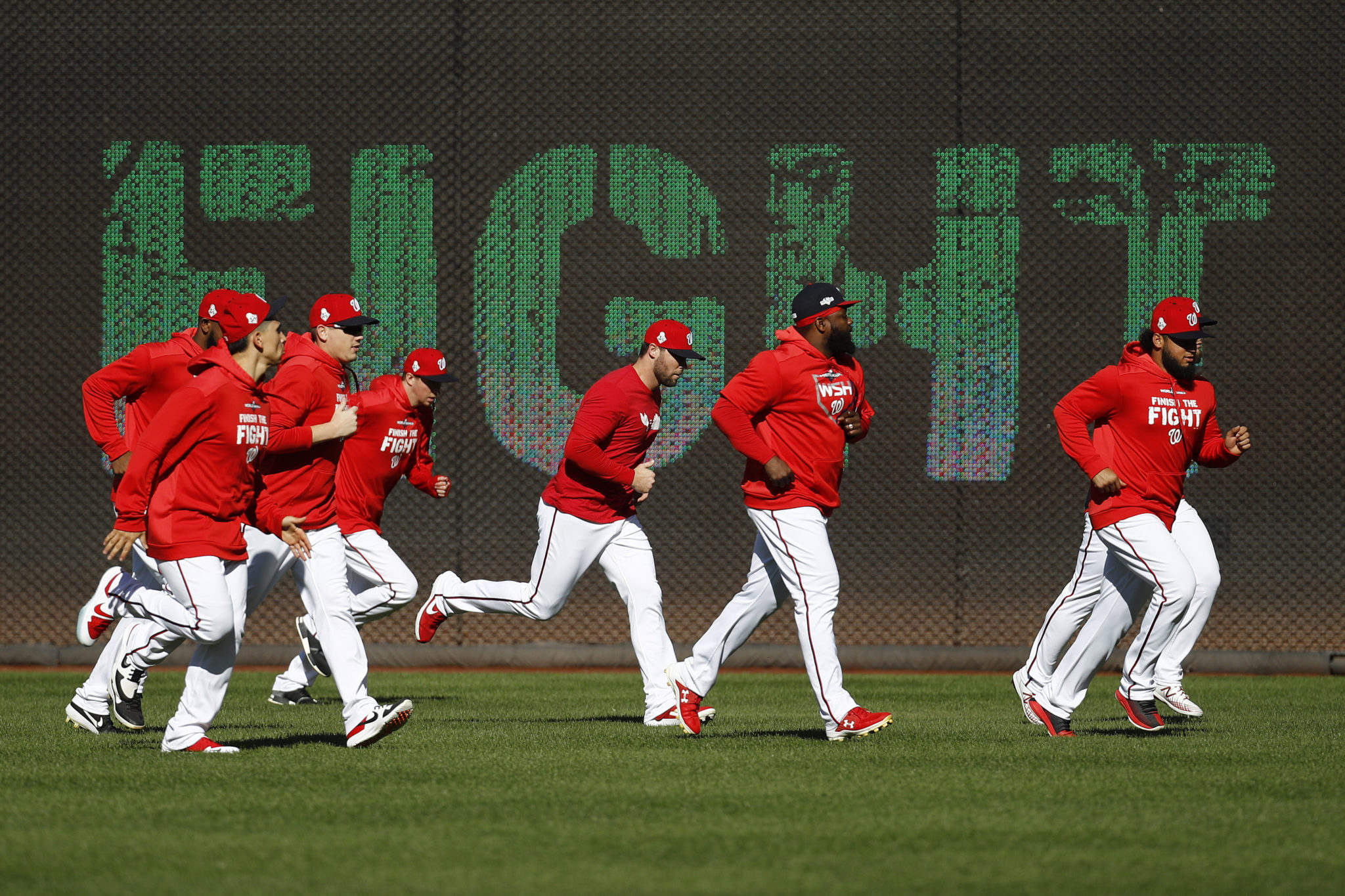 Doing a little research ahead of the World Series, Washington Nationals second baseman Brian Dozier came across some numbers that made him feel OK about his team’s long layoff.

“I saw a stat today where there’s been 12 times where teams have had five or more days off going into the World Series. And you know what the record was? 6-6,” Dozier said. “So it’s not that big a deal.”

Baseball is a sport that is more of a daily grind than any other, with game followed by game followed by game for six months, so this stretch is rather unusual for the Nationals: They haven’t played since finishing off a sweep of the St. Louis Cardinals in the NL Championship Series at home last Tuesday — and they won’t play until Game 1 of the Fall Classic on the road next Tuesday.

Washington’s next opponent gets much less of a respite: The Houston Astros and New York Yankees were getting set to play Game 6 of the AL Championship Series on Saturday night.


The good news for the Nationals is that their pitchers get to recharge and they can set up their rotation exactly how they want. The flip side is that their hitters might not be sharp when play resumes.

“Baseball season’s kind of uncomfortable. Your body’s kind of under constant fire,” right fielder Adam Eaton said. “And when you get a breath of fresh air, sometimes it has a tendency to relax a little bit.”

A year ago, Dozier went to the World Series with the Dodgers, who faced a Boston Red Sox club that had two more days of rest than Los Angeles did. And Boston wound up winning.

But the previous nine champs — nine! — were the teams that had less time off.

In that span, there were only two examples of World Series teams that had four more days away than the other club: The 2012 Detroit Tigers (who featured current Nationals pitchers Max Scherzer and Aníbal Sánchez) hit .159 and got swept by the San Francisco Giants; the 2009 Philadelphia Phillies batted .227 and lost to the Yankees in six games.

“We’re all professionals in here. We know what it takes. We have live pitching every day. Some guys might hit, some not — whatever you think you need to do to get ready,” he said, then broke into a smile. “We’re not 16. We’ve got some 42-year-olds around here that’s been around.”

Washington held a 90-minute workout at Nationals Park on Friday afternoon, including batting practice, baserunning drills and fielding work for the position players, and throwing for the pitchers.

“These guys have played unbelievably. I think they needed a break. Some guys really needed a break,” manager Dave Martinez said. “Heal their bodies a little bit.”

Martinez said he planned to hold “another very, very, very light workout” on Saturday, then ramp up to more intense sessions Sunday and Monday, including an intrasquad game under the lights to prepare for playing at night.

“For me, it’s their legs. I want to make sure they keep their legs underneath them,” Martinez said Friday. “We ran them today. They had a full workout in the gym. They did a bunch of agility stuff. For the everyday guys, it’s their legs. And for the pitchers, it’s getting everybody to throw. And we’ll continue to do that the next couple of days.”


Martinez took advantage of the break by sleeping most of the day Wednesday, waking up just to eat dinner, then going back to bed.

One of his relievers, Sean Doolittle, used the down time to catch up on laundry, finish reading a book he’d set aside for a while (“Parable of the Talents” by Octavia E. Butler) and head to a bookstore to find a new one.

“One thing I didn’t know about getting this far in the postseason is it’s emotionally exhausting. … It just felt good to have nothing on our plate and just recover a little bit,” Doolittle said. “I haven’t been reading much just because of the energies of everything. I can’t focus on the book. I’ll come back and I’ll read a little bit, and I’m like, ‘I can’t turn my brain off yet to focus on what I’m reading.’ So I ended up watching a bunch of shows instead, which I don’t like to do before I fall asleep, but it was the only way that I could decompress.”