Yankees fall to Astros as bullpen buckles in 11th inning 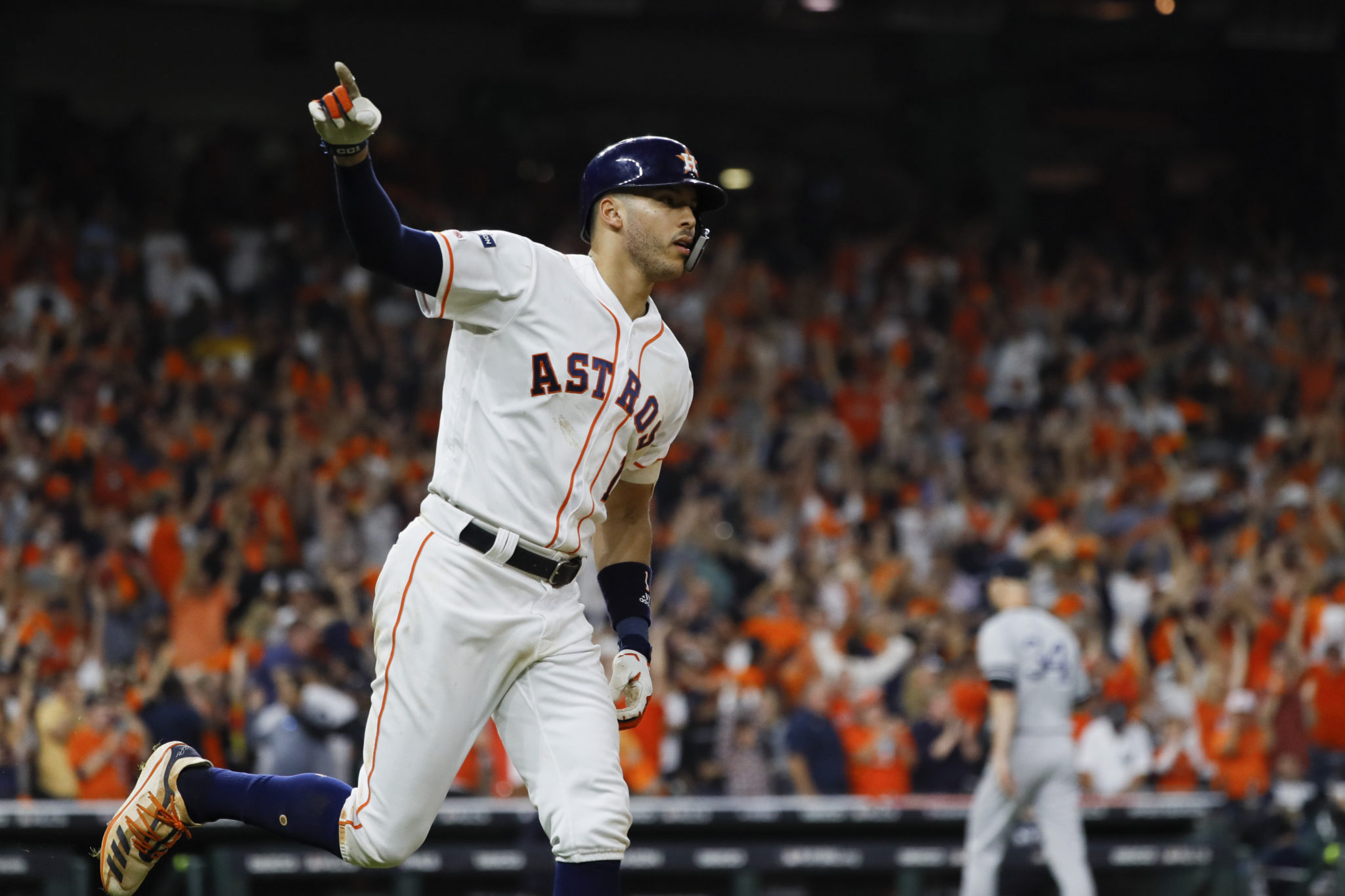 The Yankees went to the bullpen early and kept a parade of relievers going to the mound — even CC Sabathia.

But New York’s bullpen buckled in the 11th inning when Carlos Correa led off with a home run off J.A. Happ, the Yankees’ ninth pitcher, to give the Houston Astros a 3-2 win Sunday night that tied the AL Championship Series at one game apiece.

On a night when starter James Paxton lasted just 2 1/3 innings and 51 pitches, Yankees manager Aaron Boone treated the third inning like he would the sixth during the regular season.

Chad Green relieved Paxton with one on and one out, then retired all six batters he faced. The Yankees went ahead 2-1 on Aaron Judge’s two-run homer in the fourth off Justin Verlander, but Adam Ottavino came in to start the fifth and George Springer homered on his first pitch, a flat slider.


Tommy Kahnle pitched 2 1/3 hitless innings, Zack Britton worked around a one-out walk in the eighth and Aroldis Chapman struck out the side in the ninth around a two-out walk, a taxing inning that took 21 pitches.

Sabathia made just the third relief appearance of his career when he entered to start the 10th, falling behind Michael Brantley 3-0 in the count before retiring him on a grounder.

Out of high-leverage relievers, Boone brought in Jonathan Loaisiga, who walked two batters, then was replaced by Happ. The 36-year-old left-hander escaped the jam, striking out rookie Yordan Álvarez and retiring Yuli Gurriel on a flyout, then tried to elevate a fastball to Correa on his first pitch of the 11th.

Houston had five relievers combine for 4 1/3 innings of one-hit shutout ball after starter Justin Verlander left with the score 2-2.