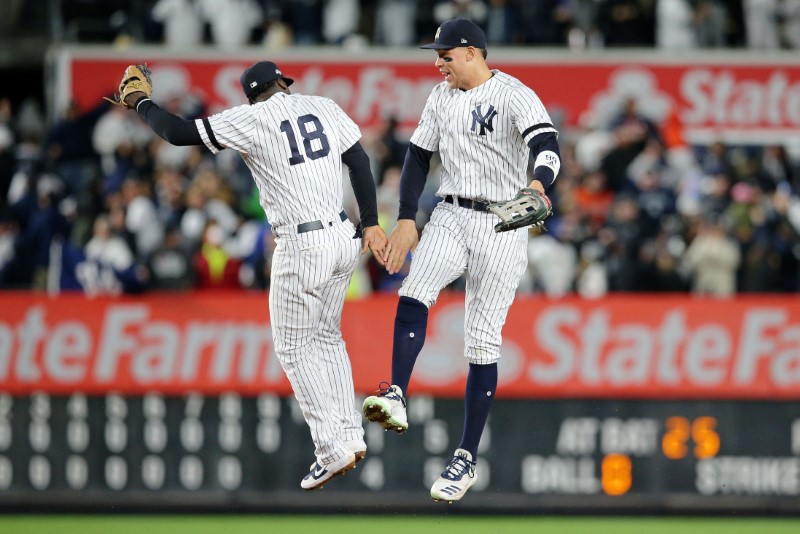 The Bronx Bombers lived up to their nickname just in time on Friday, putting together the pieces of their previously malfunctioning offense in front of a besotted hometown crowd to defeat the Houston Astros 4-1.

Facing possible elimination from the pennant race, the New York Yankees put to rest two back-to-back home losses, including a demoralizing 8-3 loss on Thursday, to bring the ALCS series to 3-2.

The power-hitting squad scored all four runs in the first inning, with DJ LeMahieu knocking Justin Verlander’s second pitch of the night out of the park.

“We needed a good start. I was just trying to get on base, hit something hard and get things going and put a pretty good swing on it,” LeMahieu told reporters after the game.


“Last night was a tough night all around … So for us to respond and keep it alive and get some momentum going was huge.”

Center fielder Aaron Hicks followed up on LeMahieu’s opening gambit with a three-run homer that sent fans into a frenzy.

“We got opportunity today, and we took advantage of it,” said Hicks. “We’re a very effective team when we’re seeing the ball well and we’re hitting pitches where they need to be hit.”

The Yankees and Astros face off in Houston on Saturday for Game 6 of the ALCS.