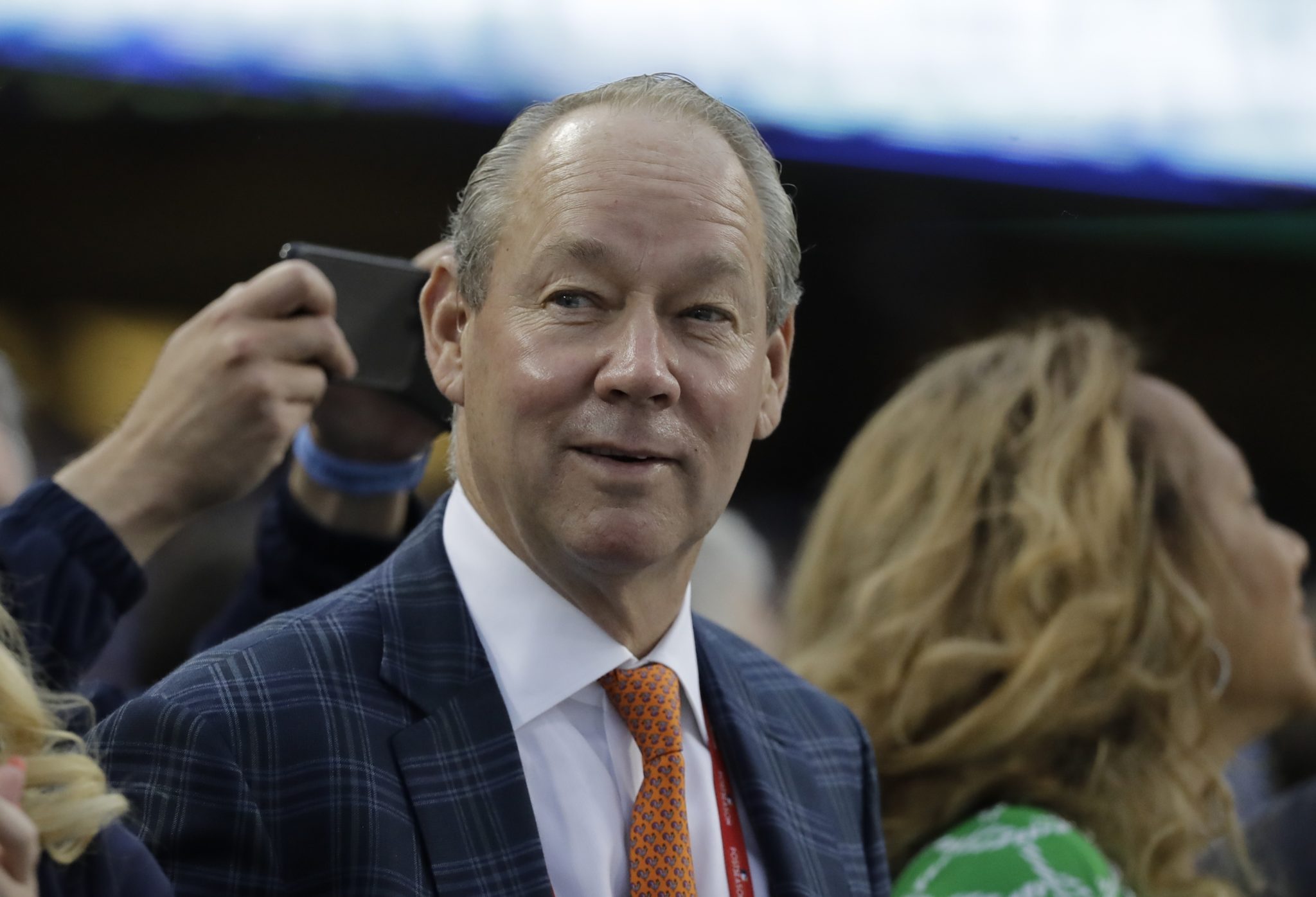 Astros president Reid Ryan is shifting to a lesser role in the organization and owner Jim Crane’s son is joining the executive team, moves announced 11 days after Crane apologized to a Sports Illustrated reporter and retracted a statement by the club accusing her of trying to “fabricate a story.”

Crane said Thursday he was bringing in his son, Jared, to get more experience and to help in the organization. Crane maintained the moves were not related to the incident with SI or the firing of an assistant general manager.

“It’s a family issue. I have an older son that’s very good, very bright, and has got some experience but he hasn’t been around it, and I want to start teaching him,” said Crane, who turns 66 in January and has owned the team for eight years. “I’ve been working a long time, and very hard a long time, and I have other stuff, and so he’s just coming in to lend a hand.”

The team said that Ryan’s new role as executive adviser of business relations will allow him “more opportunities to focus on his other business ventures while remaining an important part of the Astros organization.”

Jim Crane said Ryan has done a good job for the Astros and will be helping his son and working with the executive team. Crane said it was a “very amicable” situation.


Ryan’s father, Hall of Famer Nolan Ryan, told Fox 26 of Houston on Thursday that he was leaving his role as executive adviser that he had held since 2014.

“I will not be back with the club and will leave it at that,” Ryan wrote in a text to the station.

Major League Baseball approved Crane’s purchase of the club from Drayton McLane in November 2011. The Astros won the World Series title in 2017, then won 107 games during the regular season this year and got back to another World Series. They lost in Game 7 at home to the Washington Nationals last week.

Assistant general manager Brandon Taubman was fired for directing inappropriate comments at female reporters during a clubhouse celebration after the team beat the New York Yankees to win the AL pennant on Oct. 19. The Astros have not identified which team officials approved the initial statement criticizing SI on Oct. 21. Taubman issued a statement through the club the following day in which he apologized for using “inappropriate language.” The Astros fired him on Oct. 24.

Reid Ryan was hired as the Astros president in May 2013. He also is part of the ownership group of Triple-A Round Rock.

“Jim Crane has been a great owner for the city of Houston, and I thank him for the opportunity to lead the Houston Astros organization,” Reid Ryan said in a statement released by the team. “Thank you to the many employees, fans, and partners that have supported this team during my tenure as president. Baseball is about bringing joy to people’s lives and I take pride in knowing that we have made so many memories for our fans. While my role has changed, I will remain with the Astros and look forward to another great season in 2020.”

Baseball Commissioner Rob Manfred said on Oct. 25 that Major League Baseball was conducting a wider probe of the Astros beyond Taubman’s behavior, concerned about the team’s initial denial of what happened.