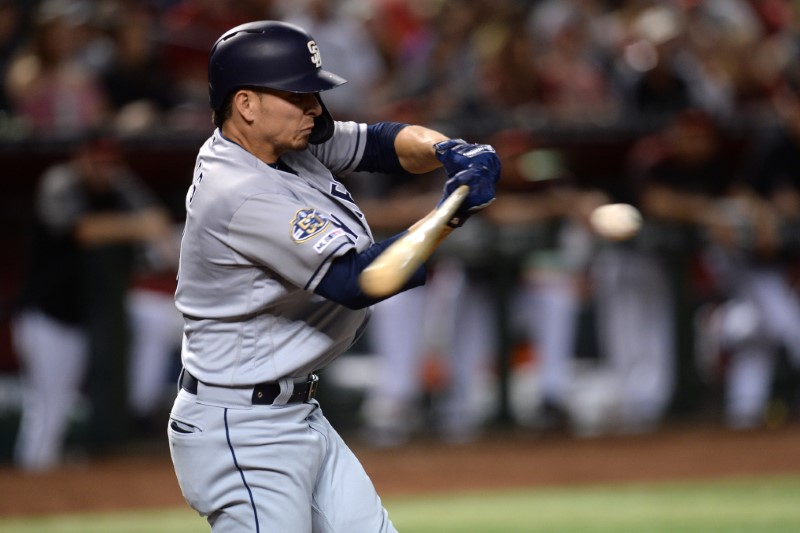 The Padres and Brewers completed the first significant trade of the offseason, with San Diego sending middle infielder Luis Urias and left-hander Eric Lauer to Milwaukee in exchange for outfielder Trent Grisham and right-hander Zach Davies.

The centerpieces of the swap are Grisham and Urias.

Grisham, who played 51 games in the majors in 2019, was expected to occupy the Brewers’ outfield for years to come. Urias has been described as a Jose Altuve-type of player — a sharp hitter and slick fielder who has the potential to hit with power despite his smaller stature.


With the Brewers, Urias is expected to play shortstop and team with second baseman Keston Hiura. The 22-year-old Urias had 215 at-bats with the Padres in 2019, registering eight doubles, four home runs and 24 RBIs. He finished with a .223 batting average.

In 2019, Grisham — a former first-round pick — appeared in 51 games in Milwaukee. He batted .231, hitting six home runs and adding 24 RBIs. While he finished the season with a .984 fielding percentage, Grisham, 23, will be remembered in Milwaukee for the pivotal error he committed in the Brewers’ wild-card game loss to the Washington Nationals in October.

Davies made a significant contribution in 2019 to the Brewers.

Also Wednesday, the Padres agreed to terms with free-agent pitcher Drew Pomeranz, according to multiple reports. Contract terms were not disclosed.

Pomeranz has a career record of 46-58 in nine seasons. He also has pitched for the Colorado Rockies, Oakland Athletics and Boston Red Sox, and he spent part of the 2016 season with the Padres, where he was an All-Star before being traded to Boston in mid-July.