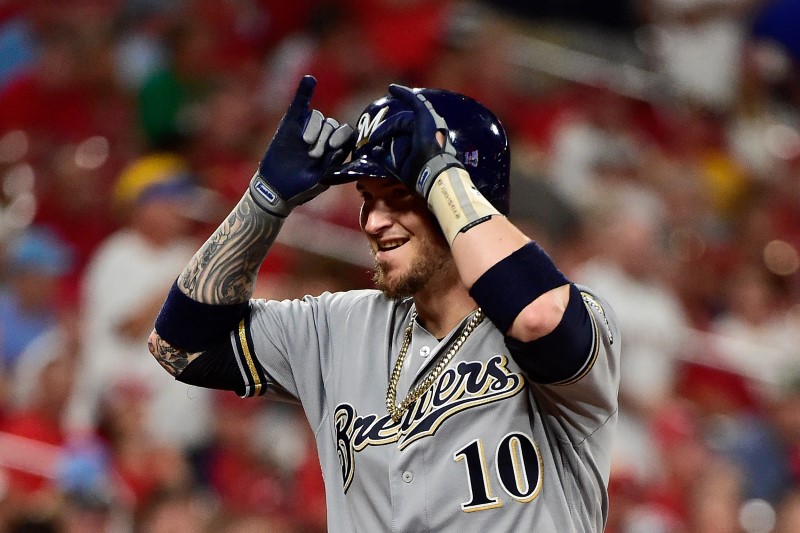 Grandal will receive $18.25 million per season through 2023 on a contract that sets a franchise record for total money.

The two-time All-Star enjoyed a career season with the Milwaukee Brewers in 2019, recording personal-best totals in home runs (28), RBIs (77), runs scored (79) and walks (109) to go along with a .246 batting average. Grandal has topped 20 homers in each of the past four seasons.

“My family and I are very excited and honored to be a part of the Chicago White Sox organization,” Grandal said in a statement. “I loved their professionalism, preparation and vision towards the future. I want to thank them for allowing me to be a part of this process moving forward.”

“He’s such a quality guy,” White Sox president Ken Williams said of the 31-year-old Grandal, per ESPN. “And for him to understand our messaging, our goals, our path, and to say, ‘I want to be a part of that and I’m going to commit to it early so we can move on to the next thing heading into the winter meetings,’ just shows what kind of character we’re talking about.”

Lauded for his defense, especially with pitch framing, Grandal will set up behind the plate for a pitching staff that finished ninth in the American League in 2019 with a 4.90 ERA. Chicago has an emerging ace in Lucas Giolito, who went 14-9 with a 3.41 ERA last season over 29 starts.

James McCann served as the starting catcher last season for the White Sox and was an All-Star for the first time, batting .273 with 18 home runs and 60 RBIs.

Grandal and McCann are expected to share time at catcher and possibly at designated hitter as well, with the White Sox possibly adding a third catcher to the roster. Grandal also has 70 games of experience at first base and can serve as a back up to Jose Abreu there.

To make room for Grandal on the 40-man roster, the White Sox designated outfielder Daniel Palka for assignment.