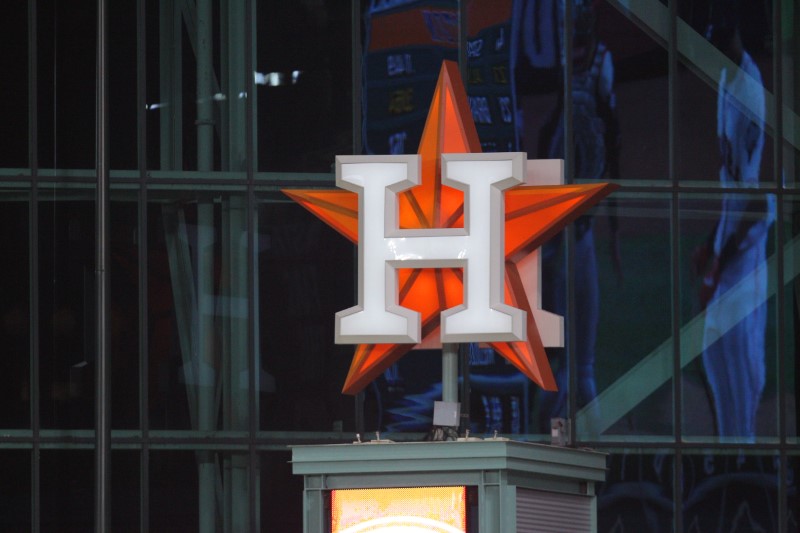 As Major League Baseball continues to investigate the scandal involving the Houston Astros, commissioner Rob Manfred feels confident that they’re the only team involved and the 2019 American League champions could face harsh penalties once the extent of their wrongdoing has been determined.

Regarding an ongoing and “really, really thorough investigation,” Manfred, commenting publicly from the owners meetings that began Tuesday in Arlington, Texas, said, “Right now, we are focused on the information that we have with respect to the Astros. I’m not going to speculate on whether other people are going to be involved. We’ll deal with that if it happens, but I’m not going to speculate about that. I have no reason to believe it extends beyond the Astros at this point in time.”


The Astros are alleged to have stolen signs electronically throughout the 2017 season, according to a report first made last week by The Athletic. Former Astros pitcher Mike Fiers alleged the 2017 champions used a camera stationed in the outfield at Minute Maid Park to steal signs during home games.

Though the 2017 Astros are the focus on the investigation, ESPN, citing sources, has indicated there have been questions involving more recent Houston teams.

Last week, MLB made a statement to The Athletic to point out that other teams have been previously accused of sign-stealing.

“As a result of those concerns, and after receiving extensive input from the General Managers, we issued a revised policy on sign stealing prior to the 2019 season,” the statement read. “We also put in place detailed protocols and procedures to provide comfort to Clubs that other Clubs were not using video during the game to decode and steal signs. After we review this new information we will determine any necessary next steps.”


An undisclosed fine was handed out to the Boston Red Sox after they were caught using an Apple Watch to steal signs in 2017. The same year, the St. Louis Cardinals received a $2 million fine and had to give up two first-round draft picks after a team employee hacked into the Astros’ proprietary database earlier this decade.

Regarding the Astros’ possible punishment, Manfred said, “I’m not going to speculate on what the appropriate discipline is. That depends on how the facts are established at the end of the investigation. The general warning I issued to the clubs, I stand by. It certainly could be all of those [past disciplinary actions], but my authority under the major league constitution would be broader than those things as well.”

Manfred, who on Tuesday toured Globe Life Field, the new stadium where the Texas Rangers will begin play in 2020, did not indicate when the investigation might be completed but said, “I certainly would hope that we would be done before we start playing baseball again.”

The owners meetings continue through Thursday.

“Any allegations that relate to a rule violation that could affect the outcome of a game or games is the most serious matter,” Manfred said. “It relates to the integrity of the sport. In terms of where we are, we have a very active — what is going to be a really, really thorough investigation ongoing. But beyond that, I can’t tell you how close we are to done.”