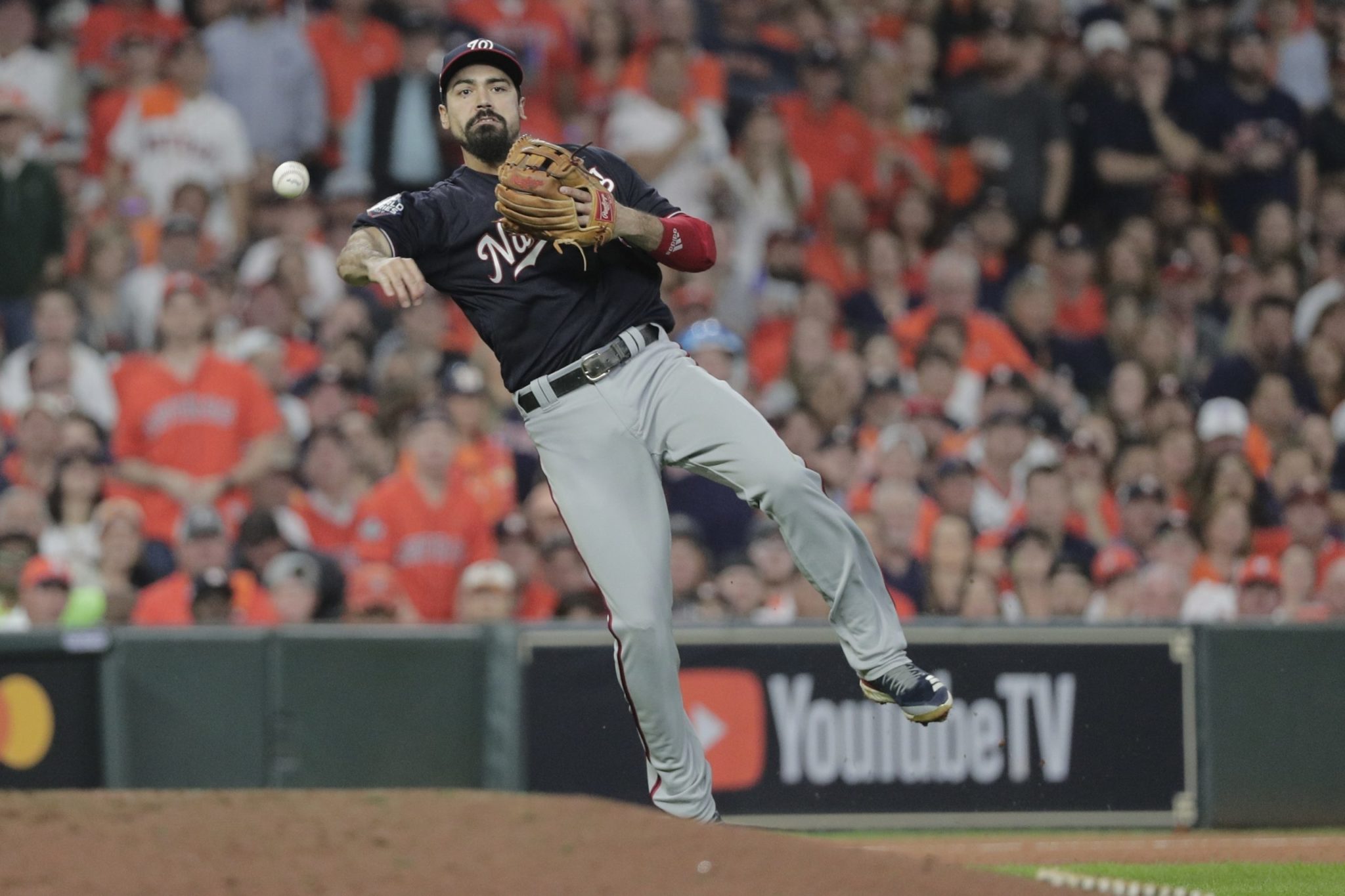 Third baseman Anthony Rendon and the Los Angeles Angels agreed to a $245 million, seven-year contract Wednesday, a person with direct knowledge of the deal told The Associated Press.

The person spoke on condition of anonymity because the agreement had not been announced and was subject to a successful physical.

Rendon is the third prized free agent to strike a big-money deal at this week’s baseball winter meetings. He’ll join three-time MVPs Mike Trout and Albert Pujols on a team that’s made just one postseason appearance in the past decade.

The Angels had missed out on free agent right-hander Gerrit Cole, who agreed to a record $324 million, nine-year contract with the New York Yankees on Tuesday night, a person familiar with the deal told the AP.


Rendon, who has played all seven of his major league seasons with Washington, drove in a career-best 126 runs while helping the Nationals capture the franchise’s first World Series championship this year. His 19.9 Wins Above Replacement, per Fangraphs, over the past four seasons trails only Trout, Boston’s Mookie Betts and Milwaukee’s Christian Yelich among position players.

“We’re within some structure of a budget and a payroll forecast that you relatively want to be near and then we just take those opportunities to Arte and see if he’ll grant us the permission to do those things,” Eppler said. “There’s good players out there and players that warrant some sizeable contracts. I know the players that he likes.”

The Nationals had remained in contact with the 29-year-old Rendon’s representatives Wednesday, according to general manager Mike Rizzo.

“The third base market specifically is an active market,” Rizzo said. “There are several teams that are in the market for that particular position. I think it will move fairly rapidly, not only in the free-agent market but in the trade market I think we’ll see some activity.”

It marks the fourth big free-agent deal of the offseason pulled off by agent Scott Boras. Infielder Mike Moustakas joined the Cincinnati Reds on a $64 million, four-year contract, then right-hander Stephen Strasburg reached a $245 million, seven-year contract Monday to stay with the Nationals before Cole’s pending signing came together a day later.