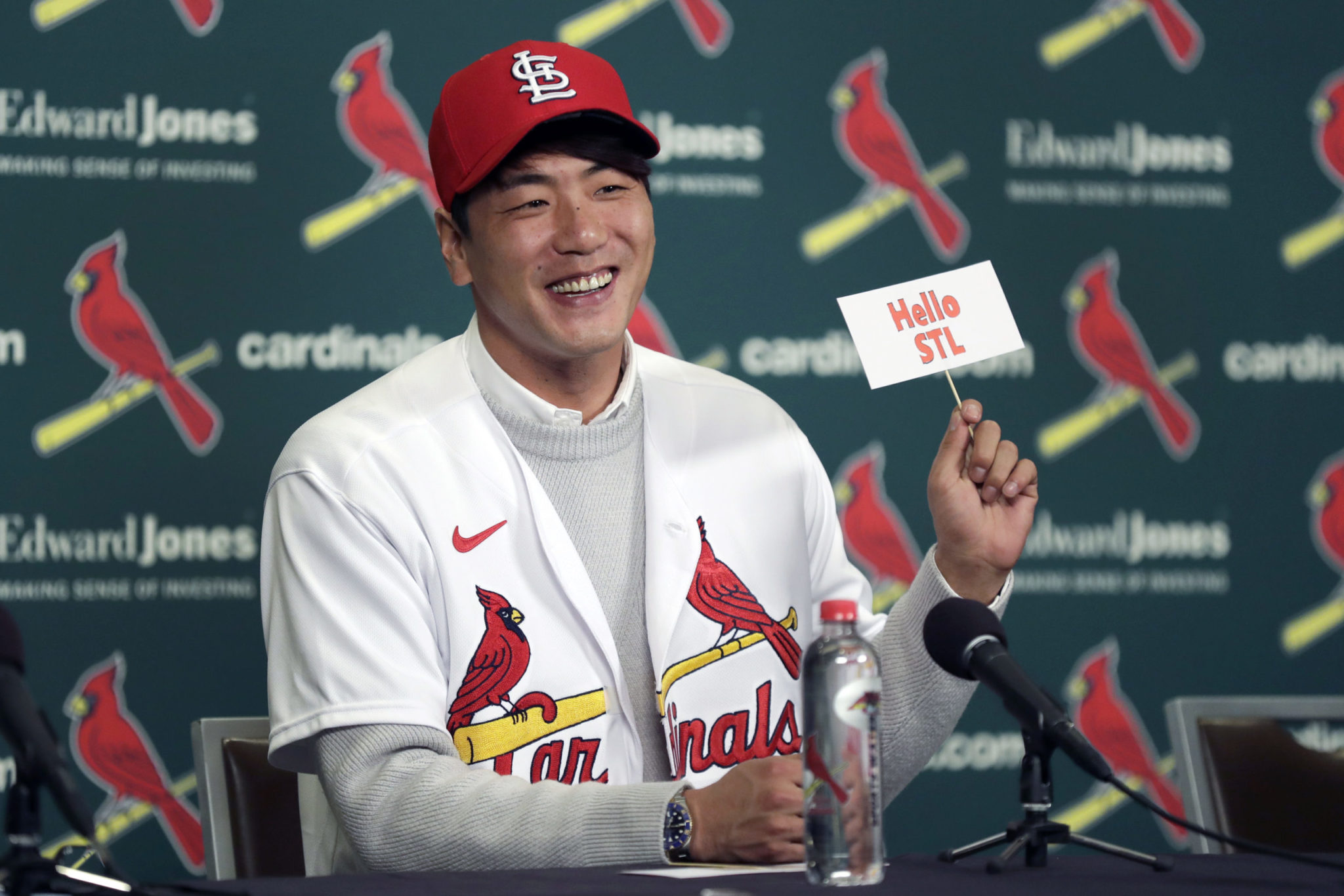 The St. Louis Cardinals searched all over the world, looking for the right kind of left-handed pitcher. They think they’ve found him in Kwang Hyun Kim.

The NL Central champions announced Tuesday they had signed the 31-year-old South Korean to a two-year contract, and formally introduced their newest teammate at Busch Stadium.

Through an interpreter, Kim said he had followed the Cardinals and their success while growing up and hoped someday to play for St. Louis.

At his news conference, Kim held up a small sign that read “Hello STL.”

Kim went 17-6 with a 2.51 ERA in 190 1/3 innings last season for the SK Wyverns, earning him the award as the best pitcher in the Korean Baseball Organization.


Kim held a sign that read “Thank You SK” at his news conference in St. Louis.

“He’s someone that had a lot of desire to come and play here in the States,” Cardinals president of baseball operations John Mozeliak said. “We had a lot of analytical support that backed up the success he was having over in the KBO, and we felt that when you looked at our needs, especially when you think about the left side of our pitching, it made a lot of sense to pursue this.”

Kim could be the Cardinals’ first full-time left-handed starting pitcher since Jaime García made 30 starts in 2016. But it was Kim’s versatility that appealed most to the Cardinals.

The Cardinals had only two starts by lefties last year, both by rookie Genesis Cabrera.

“There are some pitchers out there that had no interest in us if they weren’t the starter,” Mozeliak said. “We have a little more flexibility here, and the fact that he understands that it’s not a guarantee but appreciates the opportunity is very helpful.”

“The combination of what he was doing the last few years, obviously we felt confident that coming over here he could have success and clearly time will tell,” Mozeliak said. “You look at the success he had over there, historically that seems to play here.”

If Kim makes the major league roster, he will become the 15th South Korean pitcher to appear in the major leagues and the second for the Cardinals after Seung-hwan Oh in 2016-2017.