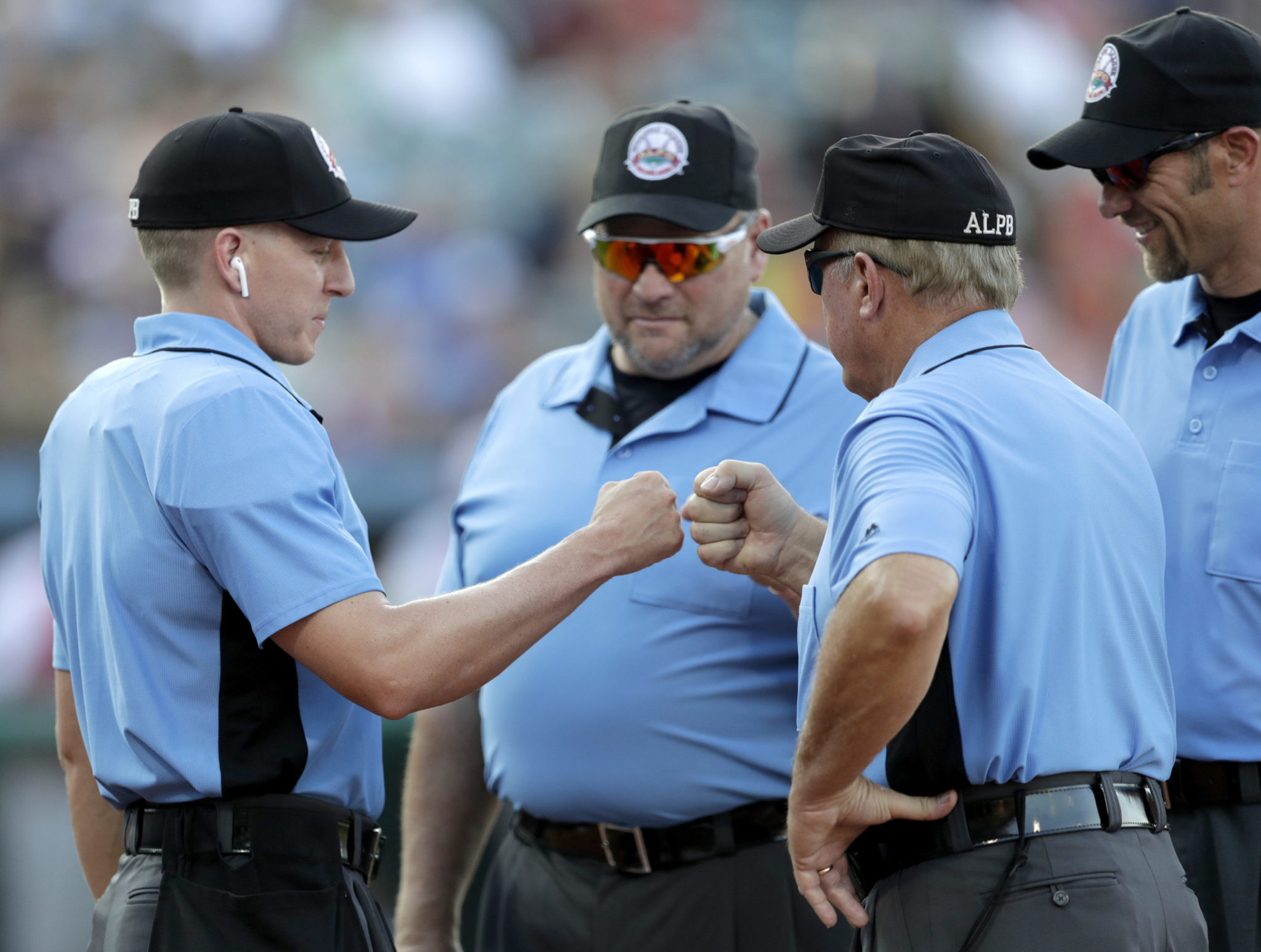 Computer plate umpires could be called up to the major leagues at some point during the next five seasons.

Umpires agreed to cooperate with Major League Baseball in the development and testing of an automated ball-strike system as part of a five-year labor contract announced Saturday, two people familiar with the deal told The Associated Press. The Major League Baseball Umpires Association also agreed to cooperate and assist if Commissioner Rob Manfred decides to utilize the system at the major league level. The people spoke on condition of anonymity because those details of the deal, which is subject to ratification by both sides, had not been announced.

The independent Atlantic League became the first American professional league to let a computer call balls and strikes at its All-Star Game on July 10. Plate umpire Brian deBrauwere wore an earpiece connected to an iPhone in his pocket and relayed the call upon receiving it from a TrackMan computer system that uses Doppler radar.


The Atlantic League experimented with the computer system during the second half of its season, and the Arizona Fall League of top prospects used it for a few dozen games this year at Salt River Fields.

MLB has discussed installing the system at the Class A Florida State League for 2020. If that test goes well, the computer umps could be used at Triple-A in 2021 as bugs are dealt with prior to a big league callup.

“It would change the game for the good. It would continue the effort to eliminate human deficiency,” Hall of Famer Mike Schmidt wrote in a story for The Associated Press in October. “We have replay everywhere else in the game. Like it or not, replay gets the call right.”

It is not clear whether the Major League Baseball Players Association would need to approve computerized ball and strikes.

“We are aware the umpires and MLB are in negotiations over a new CBA,” said players’ union head Tony Clark, a former All-Star first baseman. “MLB will have their negotiation with them, and they will need to discuss with us.”

Several AFL prospects praised the TrackMan system for calls on the inside and outside corners but said it struggled with breaking balls low or high around the strike zone.

“This idea has been around for a long time and it’s the first time it’s been brought to life in a comprehensive way,” Morgan Sword, MLB’s senior vice president of economics and operations, said on the night the Atlantic League experiment started.

Humans still will be needed to determine checked swings and to make sure TrackMan doesn’t call a strike on a pitch that bounces and goes through the strike zone.

Humans will make safe/out calls — subject to video review back in the New York control room, a system that started on home run calls in 2008 and extended in 2014 to many umpire decisions.

There were 1,356 video reviews during the 2019 regular season, taking an average of 1 minute, 16 seconds. MLB said 597 calls or 44% were overturned, 277 or 20% confirmed and 463 or 34% allowed to stand because there was not enough evidence to confirm or overturned. The remaining 19 calls were for rules checks or record keeping.

As part of the labor contract, the sides agreed to raises in compensation and retirement benefits along with provisions to allow earlier retirement.

Ben Walker is a baseball writer for The Associated Press.