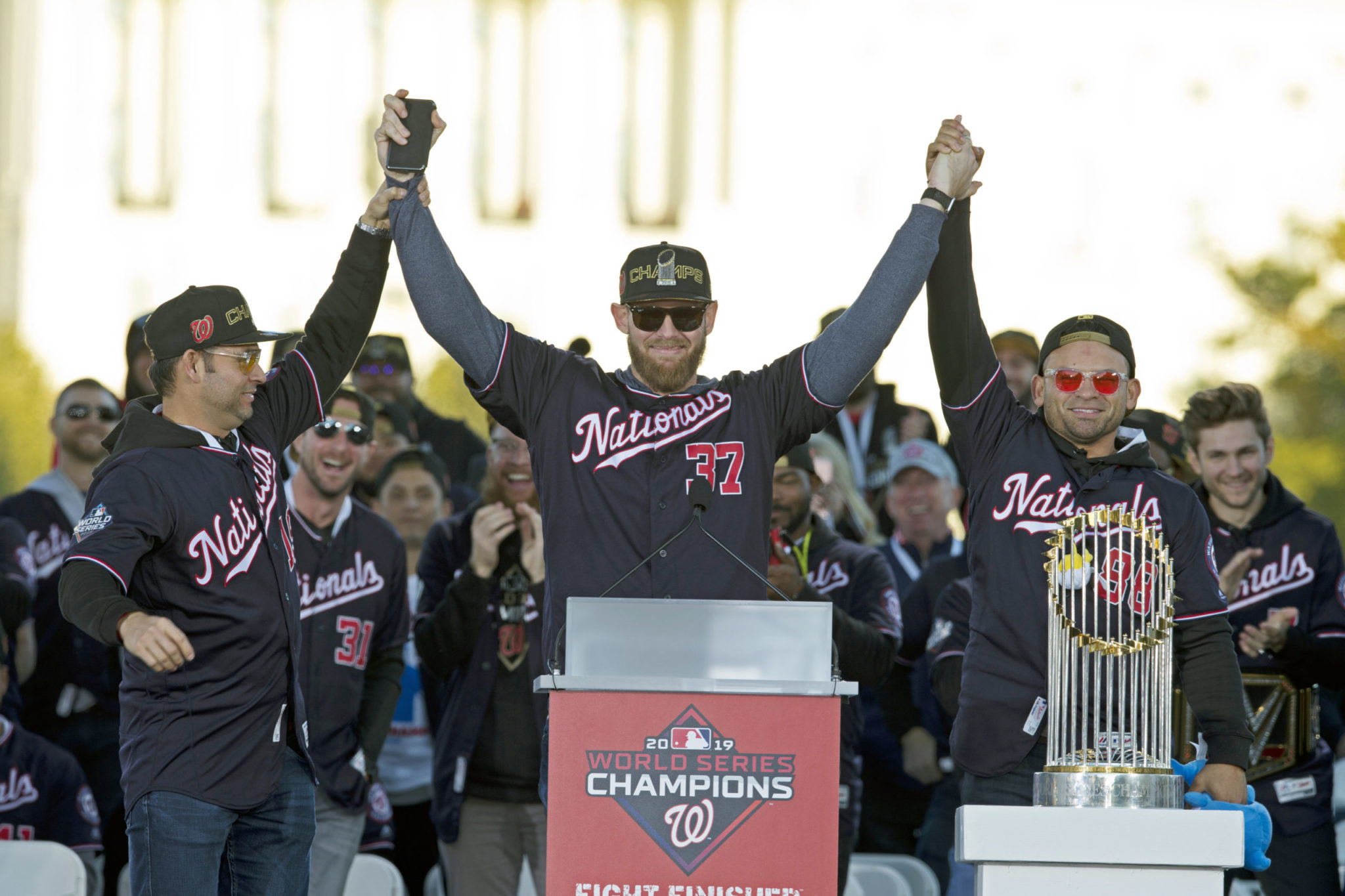 Stephen Strasburg returned to the Washington Nationals with a record contract on the first day of the winter meetings, a deal that puts fellow free agent pitcher Gerrit Cole in position for an even larger payday.

Washington and the World Series MVP agreed to a $245 million, seven-year contact, a deal of surprising size and length for a 31-year-old right-hander with an injury filled resume.

Strasburg received the highest deal for a pitcher in both total dollars and average annual value at $35 million. The largest contract for a pitcher had been David Price’s $217 million, seven-year deal with Boston that began in 2016. The highest average value had been Zack Greinke’s $34.4 million as part of a $206.5 million, six-year agreement with Arizona prior to the 2016 season.

“For me, it was an early Christmas present,” Washington manager Dave Martinez said. “Just watching his whole career, to think that he’s going to end it here with the team he started with is awesome for him and his family.”

Cole, like Strasburg represented by agent Scott Boras, is expected to shatter Strasburg’s salary standards sometime soon. Cole is two years younger, and while he made five trips to the disabled list from 2014-16, he has not been sidelined since.

Other big names could be in play this week as teams talk trades and agents pitch free agents. But recent meetings have been more talk than action.

“Right now it seems like the dominoes are falling more quickly than they have in the past,” said new Los Angeles Angels manager Joe Maddon, whose team is thought to be competing with the New York Yankees for Cole. “We somehow have to grab some of these dominoes right now and figure it out.”

In the other big contract announced Monday, Philadelphia finalized a $118 million, five-year agreement with Zack Wheeler that was reached last week subject to a successful physical.

Strasburg was drafted first overall by Washington in 2009 and has spent his entire career with the Nationals. He’ll stay in a rotation that also features All-Stars Max Scherzer and Patrick Corbin.

After helping win the first World Series title in the 51-season history of the Montreal/Washington franchise, Strasburg gave up $100 million he had been guaranteed from 2020-23 as part of a $175 million, seven-year contract he agreed to in May 2016 and became a free agent.

He was 18-6 with a 3.32 ERA this season, topping 30 starts for the second time in his career and leading the NL with 209 innings. He went 5-0 with a 1.98 ERA in five postseason starts and one relief appearance, including wins in Games 2 and 6 of the World Series against Houston.

In a career interrupted by Tommy John surgery shortly after his spectacular major league debut in 2010, Strasburg is 112-58 with a 3.17 ERA and 1,695 strikeouts in parts of 10 seasons. He’s made 10 trips to the disabled list over seven of those years.


Strasburg’s average annual value is second among all players behind outfielder Mike Trout’s $35.5 million in a $426.5 million, 12-year contract with the Los Angeles Angels that started last season.

“Ownership has always given us the resources to field a great team,” Rizzo said. “I don’t expect that to change.”